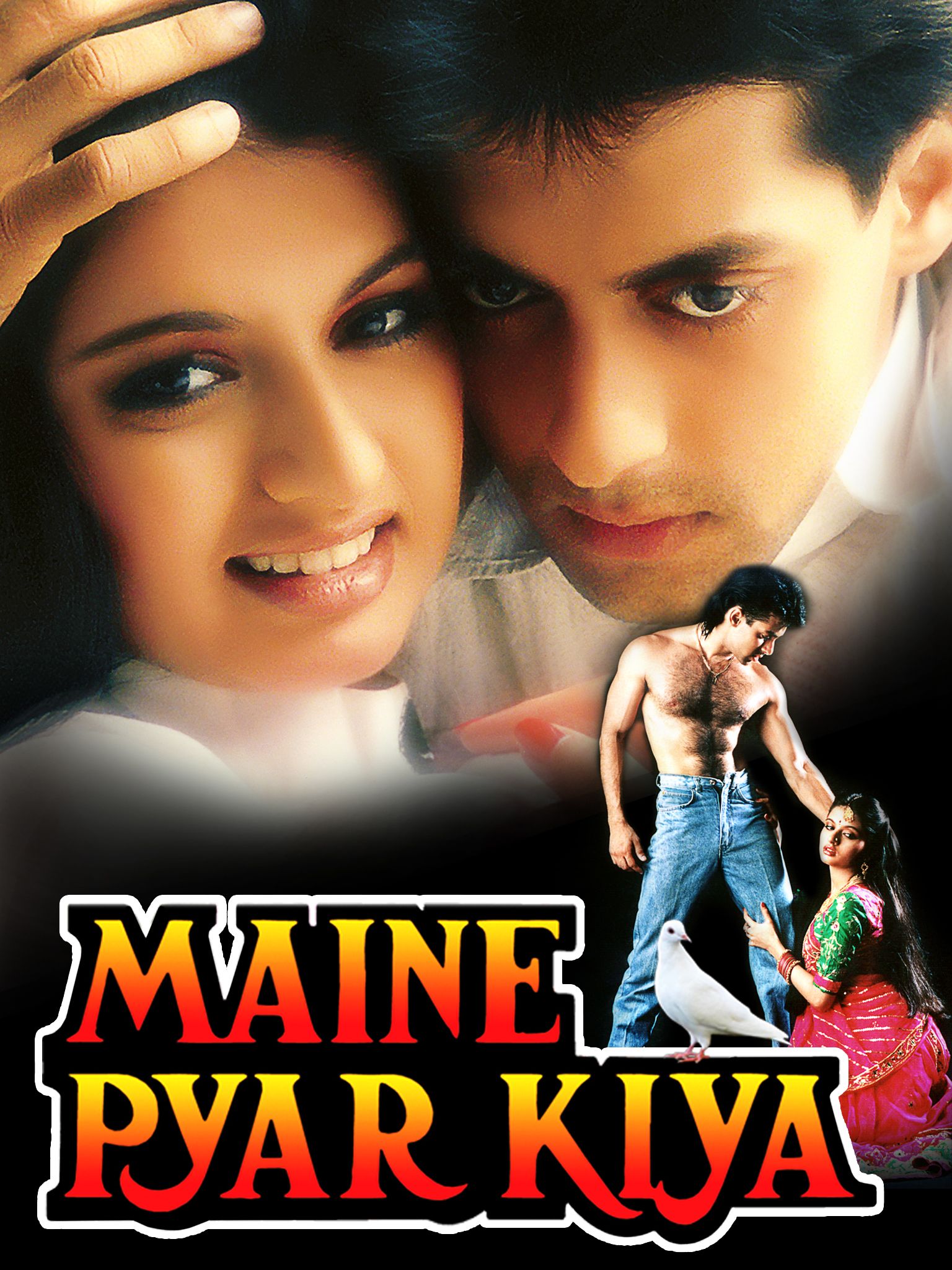 Asim, Sujoy, and Amrita, co-hosts of the Khandaan podcast, continue their Khan-journey with Maine Pyaar Kiya (MPK). This 1989 blockbuster romance is the movie we chose as Salman Khan’s debut feature despite his earlier ill-starred appearance as a supporting character in the Rekha-starrer Biwi Ho To Aisi (1988). (To read more about that experience as well as other fascinating bits of Salman’s history, we recommend this in-depth profile by Anna Vetticad.)

Directed by Sooraj Barjatya, one of the men who helped invent Bollywood as we know it today by inspiring seminal Bollywood filmmakers Aditya Chopra and Karan Johar, MPK is an all-out effort at portraying a young, modern love. In an ironic twist, the themes Barjatya establishes in this movie would soon be transformed into a template for conservative, even regressive, family-oriented “clean romance” in the popular imagination by the time it was remade as Hum Aapke Hain Kaun…! or the execrable Hum Saath Saath Hain.

The co-hosts agree that despite its dated appearance and quaint 1980s-ness, MPK is the best made film out of the three Khan debuts. Fueled by his determination to succeed, the Salman we meet in this film is a bundle of energy albeit with the same trademark mannerisms and sly charm we associate with him today. Bhagyashree, whose cinematic career ended with her marriage to a possessive husband, has a raw charm to her that vibes very well with Salman’s Dennis the Menace persona. Also evident in this film are the characters we know from all the subsequent Barjatya films – the understanding mother, the busy father, the father’s best friend, the servants who are as good as family members, the outsiders masquerading as friends but who only exist to destroy the family’s happiness…

MPK’s soundtrack was a sensation when it released with funky sounds, a modern feel, and soaring ballads that are still popular today. Few in the audience at the time realized just how “inspired” it was, however; in 2017, while re-watching the film, Asim’s wife wanted to know why he was listening to so much Stevie Wonder out of the blue.

Note: We did have some audio issues in this episode for the first ten minutes but it’s smooth sailing after that.