The “Community” Board Game!

Our favorite TV comedy is still on hiatus although there has been confirmation that the show is definitely coming back! In the meantime you can revisit the iconic episodes in this cut out board game. You can get a bigger version from the US Direct website, I would suggest cutting out annie’s figurine and doing some ungodly things to it.

Stop Motion Street Figther: The most BadAss thing you will see today 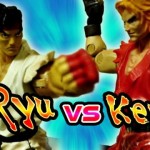 Not much to say about this video except that it’s pretty amazing and you should totally check it out if you are a fan the arcade game Street Fighter. Some of the moves might seem from the Alpha Edition which isn’t my favorite but it always amazes me how much time people have to make these stop animations!

END_OF_DOCUMENT_TOKEN_TO_BE_REPLACED 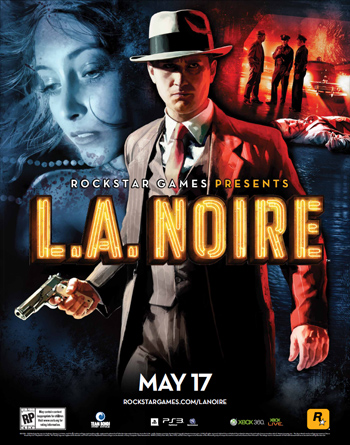 Ep 26 L.A. Noire, The movies inspired by James Elroy novels and An Intro to Noir 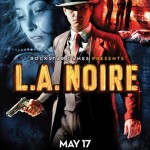 With the release of RockStarGames L.A. Noire, the Upodcast team gives you a Noir inspired episode. Forget about Femme Fatales, we are  joined by our good friend and noir connaisseur Danny Bowes from Tor.com.

This Episode of our Geekalicious Podcast takes you through the murky dark lit alleys of  1940’s LA. We give our impressions of this seminal game for the Sony Playstation console and discuss the world it might have been inspired by.

The UpodCast team gives our picks for taking your baby steps in the wold of Noir! We speak about movies ranging from James Elroy’s Black Dahlia and LA Confidential to Maltese Falcon, The Third Man, The Tim Burton Batmans and Brick.

Check out Danny’s blog by clicking here, if you havent’ checked it out yet, you will be glued when you do! His full and very detailed review of L.A.Noire  is here but beware of spoilers if you havent finished the game!

Listen to/ or Download the episode in the player below!

Probably the crassiest show on television at the moment but for many a guilty pleasure. What if Jersey Shore was an 8bit video game? The Guys and Gals from College Humourhave answered that question. I dno’t watch the show enough to get all the references but still funny to see Snooki and The Situation in this old school avatar! Check out the funny clip after the jump!

Let us know what you thought of the vid on the comment section below!

Occasionally, channel surfing throws up something quite interesting. And not in the “oh I didn’t know fruit bats actually ate fruit” kind of way. This was certainly the case with Charlie Brooker’s Gameswipe, re-screened by the Beeb last week and something I chanced uopn.

Gameswipe doesn’t quite follow in this trend, but his usual deadpan, sardonic and vaguely acerbic delivery remained. As someone who doesn’t play games, apart from Street Fighter and Angry Birds on the iPhone I loved the potted history of videogames and the demonstration of different videogames genres via a man in a black lycra suit (think Charlie from Sunny in Philadelphia playing Green Man, but in black and you get the picture).

Brooker also showed us how videogames have been presented in the media – mainly either in a patronising way or in shock at the fact you can beat someone senseless in the GTA series (for example and not exclusively) of games. What was enlightening however, was that Brooker, as a keen gamer and videogames journalist in a prior life, laid some of the blame for this perception at the failure of gamers in general to convey their hobby to a wider audience. To be fair, he did then talk about games such as Mad World on the Wii…

So, as far as “videogames” shows go and despite it being a one-off, Gameswipe is cracking good fun and as I saw, we have come a long way from Patrick Moore being Gamesmaster (and not really having a clue what he was doing – he’s an astronomer after all) and dishing out tips to spotty teenagers or Craig Charles hosting a show where yet more spotty teenagers battle each other on Street Fighter, on TV.

Check out a clip here or try BBC iPlayer!

Here’s a video of a cutesy version on Mortal Kombat with paper cut-outs. Well cutesy might a big word as you do still see paper shaped hearts and guts fly around!

Check out the video after the Jump!

END_OF_DOCUMENT_TOKEN_TO_BE_REPLACED

The Evolution of Nintendo’s Game controller

Altough I have been a gamer since I can remember, I was never a fan of Nintendo. the only 2 momentsÂ I was close to switching from my Sega or Atari was when the original Zelda came out or Streetfighter II got its release on the SNES. END_OF_DOCUMENT_TOKEN_TO_BE_REPLACED

Any takers for Tekken?

“It could all be so simple but you’d rather make it hard…” Lauryn hill sang it in Xfactor and it is clear that all of the makers of video to movie game adaptations didn’t hear her song.

The martial arts tournament movie is a genre every dude has grown up with but a love that started for many of us with Enter the Dragon has unfortunately degenerated into heartbreak caused by movies like D.O.A.

The Japanese website of the forthcoming Tekken movie have released some pictures and it pretty much looks horrible and tacky! The only ray of hope I see is the stunt team attached to it which is headed by Cyrill Rafaelli-who if you don’t know is a very competent martial artist from France. Most notably he took on the role of the cop in both Banlieue 13 movies(Check out my write up on behind the scenes stuntmen on my badly maintained personal blog)

ng some of the characters that have made us spend hours button bashing the worrying part is that unfortunately there’s hasn’t been one decent video game to movie adaptations yet in the history of movies (with Silent Hill getting close and Double Dragon being the worst maybe?).
Are waiting what the Gyllenhaal-Bruckheimer will drop on us this summer with Prince of Persia.

But if there is a game genre that might work then it might be the martial arts tournament genre?
Its easy guys, go watch Best of the Best, Bloodsport and Ip man and get it done.
This looks horrible but I will probably end up watching it on a late night with the homies!

Any of you excited for a live action Tekken movie?
Let us know by dropping us a mail or below in the comment section!