Being huge Stallone fans, we were quite excited for his career resurrection from the past years but it seems that he wasnt able to maintain that fire in his last few releases.

The Expendables 2 was quite the dissapointed as it seems like an Adam Sandler movie minus the holiday destination, where actors are just “bro-ing” out where the first one put in quite a bit of effort in giving every actor a chance to shine as well as at least having a coherent screenplay (kinda).

The 3 (and what seems to be the final part) of the Expendables franchises adds more actors from a bygone era ( WEsley Snipes, Kelsey Grammar, Mel Gibson) with a new director Patrick Hughes (who is also slated to direct The Raid remake).

In THE EXPENDABLES 3, Barney (Stallone), Christmas (Statham) and the rest of the team comes face-to-face with Conrad Stonebanks (Gibson), who years ago co-founded The Expendables with Barney. Stonebanks subsequently became a ruthless arms trader and someone who Barney was forced to kill… or so he thought. Stonebanks, who eluded death once before, now is making it his mission to end The Expendables — but Barney has other plans. Barney decides that he has to fight old blood with new blood, and brings in a new era of Expendables team members, recruiting individuals who are younger, faster and more tech-savvy. The latest mission becomes a clash of classic old-school style versus high-tech expertise in the Expendables’ most personal battle yet. 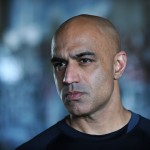 Faran Tahir may not be considered a household name yet but he has a face familiar to millions around the world. The talented actor has appeared in a number of big Hollywood films and has guest starred in the many American household television shows like Warehouse 13, Blue Bloods, NCIS: Los Angeles, Supernatural, Charmed and Lost, to name a few. Faran will now be seen guest starring in the resurrected drama series, Dallas, where he plays the character, ‘Smiling Frank’ who is Cliff Barnes, driver and right-hand man.

“Dallas was a phenomenon in its time. I didn’t get to watch it regularly but I definitely knew who was who on it. The resurrected Dallas has already proved to be a hit in the US and I hope it has the same impact with the British audiences” said Faran.

Faran made his first debut in 1994 as Nathoo in Disney’s live action version of The Jungle Book. He has since gone onto star opposite Hollywoods A-list, Tom Hanks in Charlie Wilson’s War, as the evil sadistic Raza in Iron Man opposite Robert Downey Jr and the heroic Captain Robau in J.J Abram’s reboot of Star Trek in a brief but momentous role.

Next year Faran will be seen starring in ELYSIUM, a sci-fi thriller with Matt Damon and Jodie Foster directed by Neill Blomkampthe director of DISTRICT 9. THE TOMB, a prison break action movie with Sylvester Stallone and Arnold Schwarzenegger.JINN, a supernatural thriller and TORN, a drama about two families dealing with the untimely death of their teenage sons in a shopping mall explosion.

The new 10-part series of Dallas will be shown in the UK on Channel 5 starting 5th September at 9pm.

Here is a Q&A he did with some press people:

Did you ever watch the original series of Dallas?
Dallas was a phenomenon in its time. I didn’t get to watch it regularly but I definitely knew who was who on it. The resurrected Dallas has already proved to be a hit in the US and I hope it has the same impact with the British audiences.

What was the first day on the set of Dallas like?
On the first day we were all in the same boat. We were resurrecting an old classic with the old cast alongside a new generation of Barnes and Ewings. Everyone was nervous yet focused.

Were you given any advice by the original cast?
No. They were all praying that we wouldn’t screw it up!

You play the character ‘Smiling’ Frank Ashkani, who is he?
Frank is a mysterious man. Definitely not someone you want to mess or cross paths with. His real name is Raheed Durani and is Cliff’s right hand/driver and designated disposer of dead bodies. Sometimes referred to as ‘Smiling Frank’ but he doesn’t actually smile.

How does it feel working for Cliff Barnes?
It’s great working for Mr Barnes. All in days work.

Since starring in Dallas, have you felt the urge to shoot JR?
For those that have watched the old series will recall JR as a schemer with cut throat tactics. So, of course! Could you imagine the audience being left with another ‘Who shot JR?’ cliff-hanger.

So when did you first fall in love with acting?
My love affair with acting started when I was a little kid. I would often secretly stand in front of the mirror and act out scenes.

You have done film, television and theatre. What has given you the greatest satisfaction?
I get equal satisfaction from all three. There are stories that need the intimacy of live theatre to have the emotional impact. Then there are other stories that require the expansive canvas of the film screen and the sensitive eye of the camera to give the audience a window into characters and story. And sometimes, the freedom television affords to create a story and character over many hours can be priceless. I always say that a painter can paint in oil or water-colour or do a pencil sketch. It all depends on what story he or she is trying to tell. It is the same idea for me. It just needs to be interesting and challenging.

How did you feel when you landed a role in Star Trek?
I felt like a 10-year old boy. I have always liked Star Trek. I grew up on Star Trek. It was awesome. I have always been big fan of the original series with William Shatner and the Next Generation and respect the philosophy and its message of hope it portrays.

What was the whole experience of working in the film like?
You start off with complete awe but very quickly realize that you have a job to do and you better not screw it up. It was challenging and I wanted to show competence dignity and strength in a short amount of time.

How did the role of Raza in Iron Man come about?
It wasn’t easy! It involved a lot of readings with the casting director, the director and Robert Downey Jr. It also involved meetings with all the producers, a process which took almost three weeks.

What was your favourite scene in Iron Man?
I would most probably say, when I first encounter Tony Stark in the cave. I play an evil sadistic character of Raza, where it involves me or should I say Raza, putting a piece of burning coal in someone’s mouth, that’s fun right!

Is it now easier for Asian actors in Hollywood or do you still get offered stereotypical roles?
There will always be stereotypical roles but I think that things are slowly changing. Hollywood is a tough place and not for everyone. Egos can be fragile and the business is tough. People with glass chins won’t survive. You need to be able to take a few punches and still be able to get back up.

What advice would you give young Asian actors?
Never give up on your dreams and work hard to achieve them. Complacency is death. When you find failure, be brave and when you find success show humility.

What else can we look forward to seeing you in?
I have some interesting stuff coming out in the next year. ELYSIUM, a sci-fi thriller with Matt Damon and Jodie Foster directed by the director of DISTRICT 9. JINN, a supernatural thriller and TORN, a drama about two families dealing with the untimely death of their teenage sons in a shopping mall explosion. THE TOMB, a prison break action movie with Sylvester Stallone and Arnold Schwarzenegger. 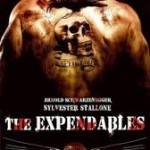 Hi everyone, we have been waiting for this one for quite some time and finally this week in honor of The Expendables and Mr. Sly Stallone, all three of us went to check out the film, I mean how we could resist with such a cast and a movie would be beyond me!

Check it out and leave us some comments and feedback!