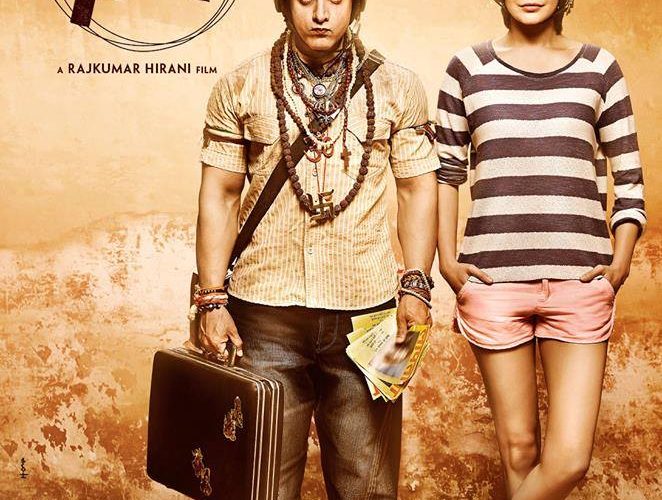 January 29, 2020 admin Bollywood, Podcast
Episode 49 of Khandaan: A Bollywood Podcast is where we discuss one of the most controversial movies to be made in the past 10 years: Rajkumar Hirani’s PK. Released in 2014, this movie stars Aamir Khan, Anushka Sharma, Sushant Singh Rajput and others in the story of an alien who is left stranded on earth when he encounters the lying, thieving, deceitful humans who populate it.
Infused with the trademark Hirani touch, Asim feels the role of a goofy alien might be Aamir’s best performance yet but Sujoy and Amrita have thoughts about this bold assertion. We discuss whether this movie could be made today, the limits of artistic expression, and the similarities and differences between this and OMG, another film about religion that many in our audience seem to prefer.
A Short Timeline
· 0.54 A Street Dancer 3D review by Sujoy, the target audience for this film
· 13.30 Love Aaj Kal 2020: a trailer that made Asim slowly fall in love with Aartik Karyan
· 21.15 Jawani Jaaneman and what’s the deal with Saif
· 37.10 Kabir Khan’s The Forgotten Army on Amazon Prime and should it have remained forgotten
· 46.09 The Main Review: PK
Shownotes:
KRK’s Street Dancer review can be found here
Saif Ali Khan’s interview with Film Companion can be found here
Find us on Apple Podcasts! and Stitcher! and AudioBoom! and iHeartRadio! and Spotify! and Google Podcasts! 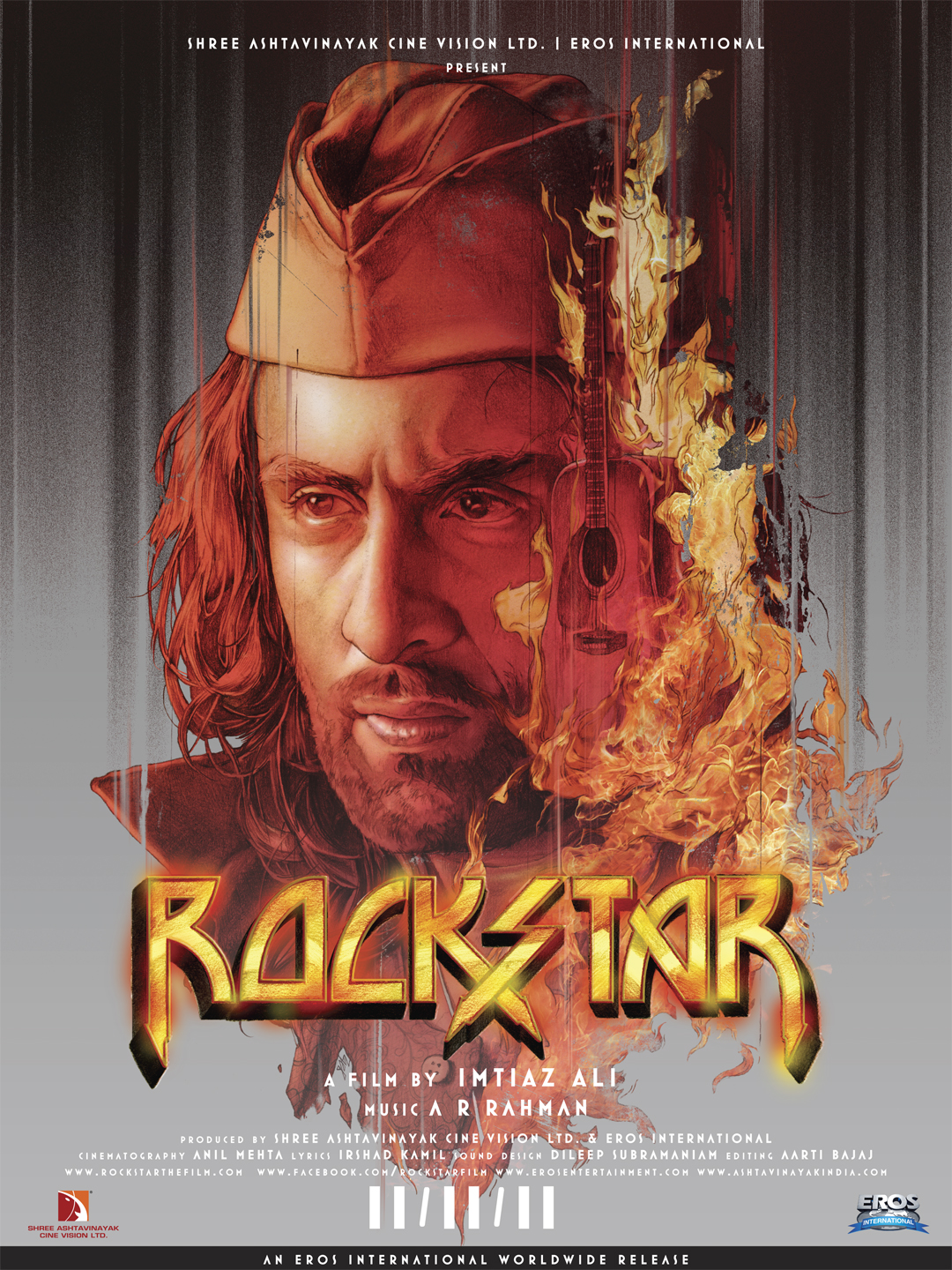 Usually Martin handles the COW bringing you some great music but since I have been obsessed with the following track I wanted to have a home for it. From the soon to be releasing Rockstar starring Ranbhir Kapoor and Nargis Farkhri, directed by Imtiaz Ali who after his succes with Love Aaj Kal and Jab We Met is probably a rock star in his own way.

The story seems to be of Ranbhir throwing his life into music after a break up with newcomer and former model (aren’t they all in Bollywood) Nargis Fakhri. Maybe nothing special but knowing the director, he will definetely add a fresh treatment.

But the part that has excited me is the return to Hindi Film composition of my favorite composer A.R. Rahman ( AKA The mozart of Madras). After his numerous international collaborations with Danny Boyle and the Pussycat Dolls, he is back with a full fledged soundtrack for a movie. And after listening to this track I realized how much i misssed his music. I actually start getting withdrawal symptoms if I havent listened to some Rahman music for a while.

Rahman is a very spiritual guy and being a convert to Islam, he infuses a lof of sufism to his music as he did previously with Khwaaja mere Khwaaja for the Akbhar Yoda OST or even back in the day when he sang Mustufa Mustafa in Duniya Dilwalon ki.

For those wondering what the chant Kun FaayaKun means, it originates from a prayer loosely translated as “Be and it Is” (don’tshoot me, if im not 100% accurate)

I cant wait for the movie to release on 11.11.11 but the soundtrack releases 25th of September!! 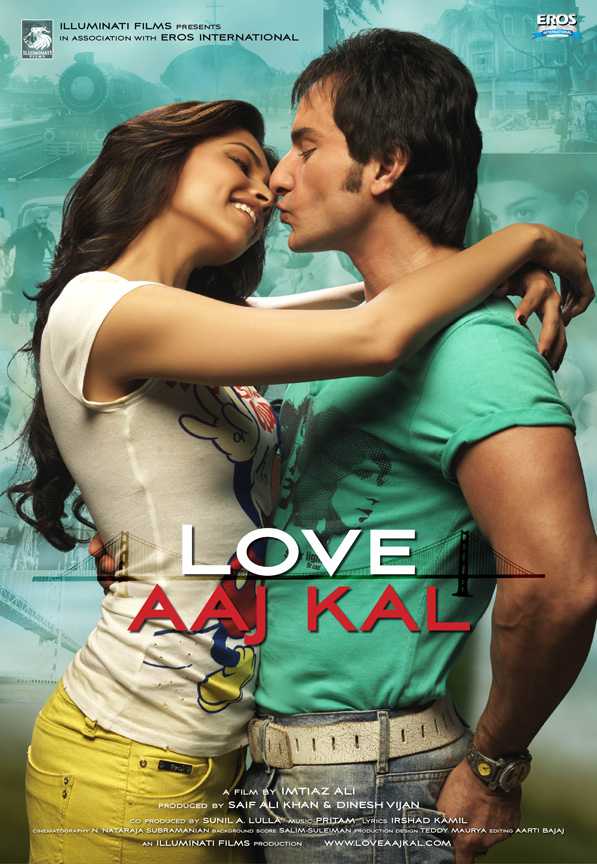 Iâ€™ve been meaning to write a little bit about Bollywood (I know some people hate the word as they feel itâ€™s derivative of the term Hollywood and the colonial name of the City of Mumbai– I like using it as it just sounds better then the Mumbai Film Industry) Â movies in more details then our occasional review of the genre but I worry about the cultural gap.

Like Westerns or Kung Fu movies, Bollywood speaks a different language and dances to a very different beat and it’s hard to criticize them with the same standards as we do maintream movies. Bollywood movies are supposed to entertain one of the largest audiences and make lots of money!

Itâ€™s a prestigious and long standing independent industry, which unfortunately doesnâ€™t receive the respect it deserves. I have been force fed these mass-appealing entertainment juggernauts since birth but they have now become a part of my being. I can watch all the Korean, French or American movies I want. But nothing feeds the craving for all out paisa vasool (AKA your moneyâ€™s worth) entertainment as Bollywood does! Itâ€™s like coming home to your parents and having your favorite dish prepared for you, served up with some mango pickles and lassi.

2009 wasnâ€™t a great year for Indian Cinema although SlumDog Millionaire win at the Oscars did put the spotlight on the potential. But instead of being able to cash out on the limelight the country went into a producerâ€™s strike that lasted and as with the Writersâ€™ Guild Strike in 2008 in the US, it had long lasting impact on release schedules, marketing budgets, star salaries but most importantly the weekly hit of singing, dancing and dishum dishum that â€œJo(-winder) Publicâ€ craved for.

Another trend that affected the industry, as it effected everything else in the world, was the Global Economic meltdown. Since the past few years corporate houses (e.g. Reliance group, BIG, UTV) saw investment possibilities in funding movies for a quick buck, the gamble paid off and actors and producers started charging enormous amounts.

Salaries were going through the roof, quality was nowhere to be found but when the US market crashed it, it deflated a lot of egos.

2010 already is proving a good year with some very exciting releases lining up, special mentions to Kites (redited by Brett Ratner), My Name is Khan (Distributed by Fox) and Veer(awesome Troy like epic).

So theseÂ are my favorite Bollywood flicks of 2009, some of these I have reviewed in more detail on my badly maintained personal blog but I would suggest, stop reading, go to Amazon and order these flicks!

Riding on the wave of 80â€™s nostalgia this movie revisits the classic Masala genre meaning you get everything in small doses, action, romance, singing and dancing.

All of this goodness is covered with balls out action and harebrained scenario. If you can identify with the character you are in for a thrill ride where you are the one shooting people in the face (in slow motion with Pecs gleaming in sweat). Girls are pretty, villain is evil and the Hero is awesome!

What more can a man ask for? Click here for the trailer.

I got to admit I had very low expectation of this movie and it completely took me by surprise. 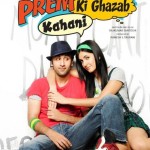 Itâ€™s a very funny (I hate to use the term whacky adventure as it makes me think of Scooby doo) romantic, itâ€™s harmless and very well shot and it just flies by. The main cast is hilarious and both actors pitch in a performance that you really donâ€™t expect seeing their past efforts. Ranbir Kapoor is destined to be the next big thing in Bollywood and this was the first proof how his appeal is able to draw crowds.

And I even liked Katrina Kaif for her performance for once. Oh and the songs were pretty catchy too!

The Biggest Box Office in all foreign markets. 3 Idiots talks about so many different things which I am trying not to spoil as I want to have an in depth review with the guys. This was my favorite movie of the year, it had me laughing and it even made me shed a tear or 2.

But most of all it changed the way I think and how I will raise my children ( if one day I have them or Â whenever they are able to track me down but bounty hunting ainâ€™t what it used to be).

Weâ€™ve had a whole episode on this movie so you can always go back and revisit episode 1!

I got one word though

Together with Ajab Prem Prem ki Ghazab this were my 2 romantic movie pics of the year. 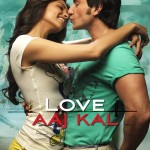 Love Aaj Kal is the story of how love has evolved from our parents generation to us.

I have to admit I havenâ€™t revisited the movie since but if you want a great date movie for Valentineâ€™s day, this is it!

The 2 movies that illustrate the changing face idea of Indian cinema.

Dev D is a modern take on the classic novel which was given the grand treatment a couple of years ago starring superstar SRK. Anurag Kashyap (the director of Black Friday,which was amazing but ran into problem with censors) had a very different take, he took Dev from the beautifully lit gondolas of Bengal to the gutters of LSD laced nightmares. A Bit over trainspotting, a lot of Leaving Las Vegas but all accompanied by an AWESOME soundtrack. My second favorite movie of the year and the one I have probably revisited the most. This is not a family movie!

Luck By Chance I reviewed extensively on my Things on my bheja. Although at the time I was not aware this would still be my favorite movie at the end of the year but it still stand outs for me.

All of this to say, if you haven’t ever watched a Bollywood movie, you can pick out one of these pics and be ahead of the curve or you can share Martin’s opinion on bollywood movies also in our episode1 and agree that most Bollywood is shit! But that’s probably coz y’all can’t dance 🙂