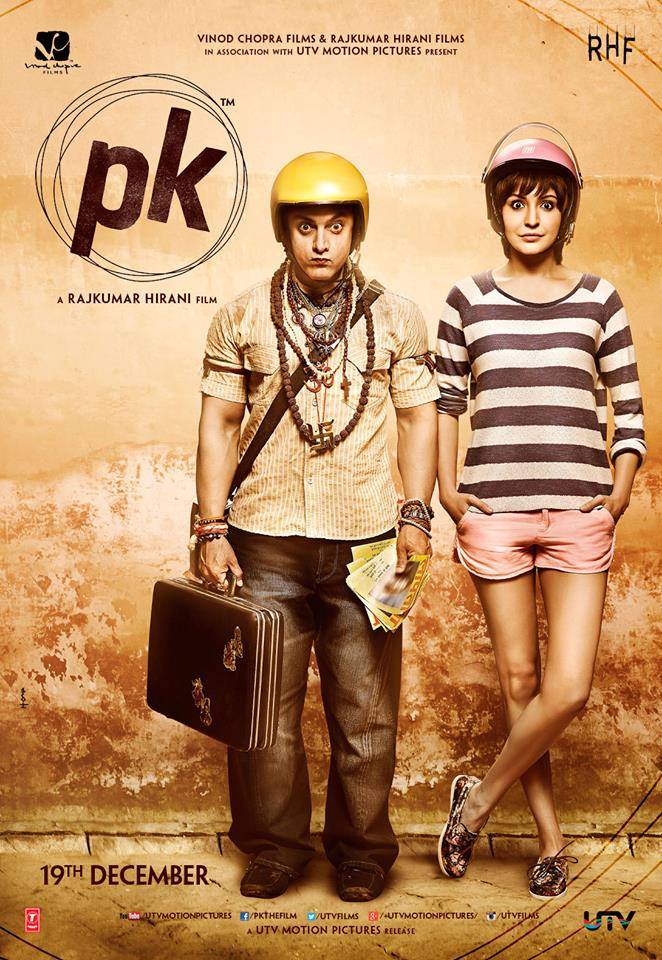 Episode 49 of Khandaan: A Bollywood Podcast is where we discuss one of the most controversial movies to be made in the past 10 years: Rajkumar Hirani’s PK. Released in 2014, this movie stars Aamir Khan, Anushka Sharma, Sushant Singh Rajput and others in the story of an alien who is left stranded on earth when he encounters the lying, thieving, deceitful humans who populate it.
Infused with the trademark Hirani touch, Asim feels the role of a goofy alien might be Aamir’s best performance yet but Sujoy and Amrita have thoughts about this bold assertion. We discuss whether this movie could be made today, the limits of artistic expression, and the similarities and differences between this and OMG, another film about religion that many in our audience seem to prefer.
A Short Timeline
· 0.54 A Street Dancer 3D review by Sujoy, the target audience for this film
· 13.30 Love Aaj Kal 2020: a trailer that made Asim slowly fall in love with Aartik Karyan
· 21.15 Jawani Jaaneman and what’s the deal with Saif
· 37.10 Kabir Khan’s The Forgotten Army on Amazon Prime and should it have remained forgotten
· 46.09 The Main Review: PK
Shownotes:
KRK’s Street Dancer review can be found here
Saif Ali Khan’s interview with Film Companion can be found here
Find us on Apple Podcasts! and Stitcher! and AudioBoom! and iHeartRadio! and Spotify! and Google Podcasts!