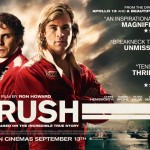 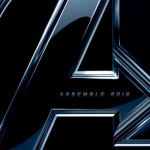 I won’t waste too much words as I’m sure most of you will skip and jump to the trailer anyway. A movie we have been waiting for probably since the first Iron Man came out and we had that awesome Samuel L Jackson Cameo. The trailer has just debuted online and clealy Robert Downey Jr has the best lines from the rest of the gang, I think I he pwned Cap and Hulk.

The movie releases next year but here is the first proper trailer! (4th of May in the UK)

Are you excited as we are?

The Avengers is directed by Josh Whedon and stars

Thor: How It Should Have Ended

The God of Thunder made quite an impact on the International Box Office and we all liked it on Upodcast (We might have raved a bit more about Fast 5) and listen to Episode  25 with FilmiGirl and Danny Bowes.

The Guys from “How it should Have Ended” (a hilarious Youtube channel I can strongly recommend subscribing to) have given their take on this Chris Hemsworth, Natalie Portman Marvel superhero movie. And listening to some of our comments about Portman during our podcast, I’m not sure we would have done anything different.

Check out the video here and watch out for some cameo’s and a running joke at the end of the clip in the diner.

Let us know what you thought of the clip in the comment section below!

The first official trailer for Marvel’s Thor has just been released. Adapted from the long runing comic book based on the Norse God of Thunder and Ligthning, the movie releasing this summerÂ is directed by Keneth Brannag and stars Chris Hemsworth, Anthony Hopkins and Natalie Portman. Check out the trailer after the jump! END_OF_DOCUMENT_TOKEN_TO_BE_REPLACED