Noah Trailer: It’s about to get Biblical!

It truly has been a long wait for Darren Aronofsky to follow up his critically acclaimed Black Swan, but now that the trailer for Noah starring Russel Crowe, Jennifer Connelly, Ray Winstone, Emma Watson, Anthony Hopkins and Logan Lerman is out, we can clearly see where all the hard work has gone into.

Darren Arronofsky wrote the screenplay together with Ari Handel his collaborator for Black Swan and The Fountain.

the story is pretty clear although there are a lot of elements in the trailer that give the scope of the world they have created:

Here is the trailer and the teaser poster:

Noah, a man chosen by God for a great task before an apocalyptic flood destroys the world. 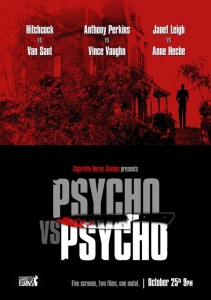 The first official trailer for Marvel’s Thor has just been released. Adapted from the long runing comic book based on the Norse God of Thunder and Ligthning, the movie releasing this summerÂ is directed by Keneth Brannag and stars Chris Hemsworth, Anthony Hopkins and Natalie Portman. Check out the trailer after the jump! END_OF_DOCUMENT_TOKEN_TO_BE_REPLACED