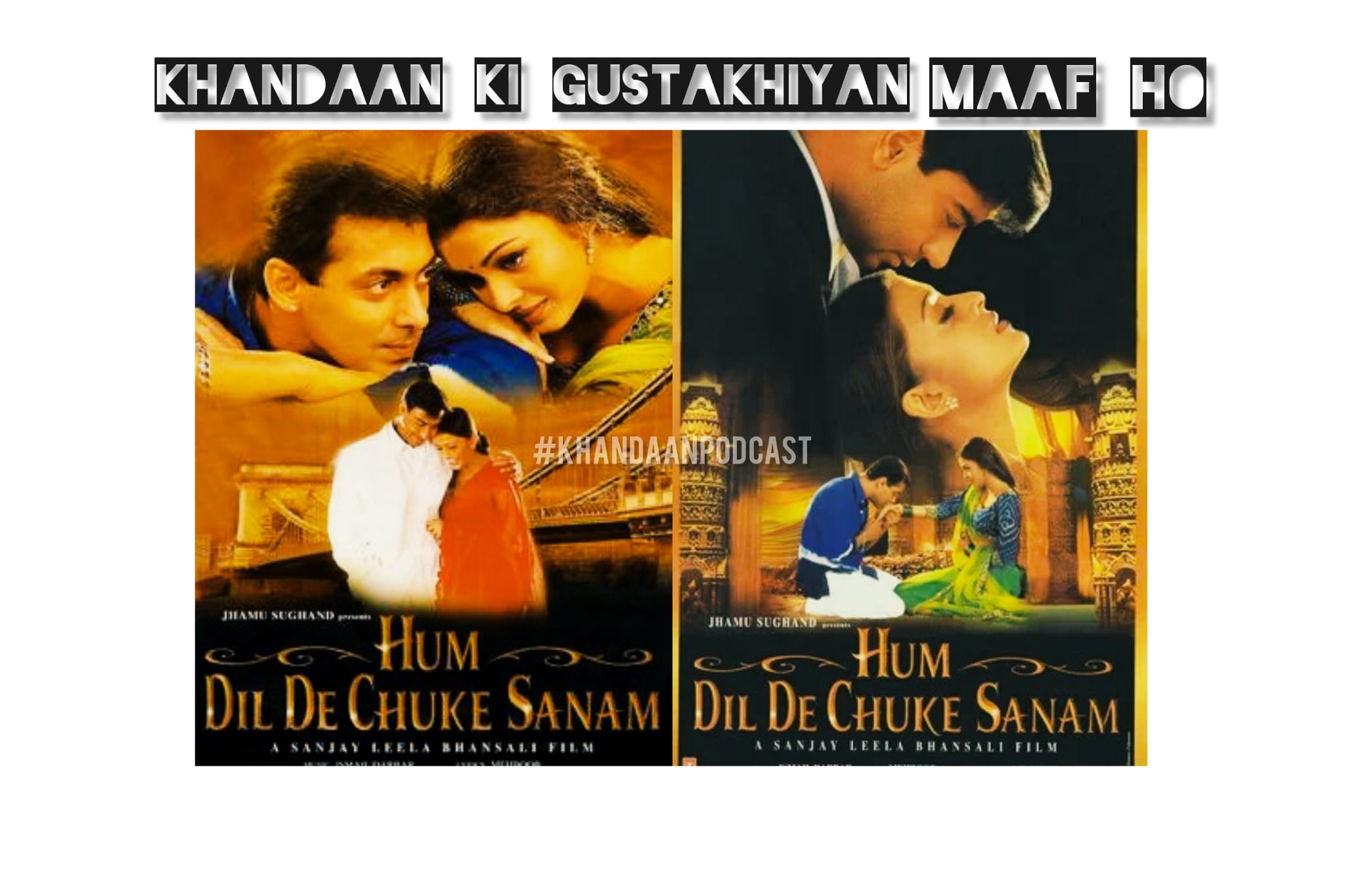 Khandaan: A Bollywood Podcast is back with Saleha i.e. @Salandthebadpunof Twitter fame to discuss a movie that has long been requested – 1998’s HUM DIL DE CHUKE SANAM.

The last full blown collaboration between director Sanjay Leela Bhansali and Salman Khan, this is a movie that occupies a special, albeit difficult, space in Indian film history. Aishwarya Rai became a bonafide star actress with this film, showcasing what she could accomplish when given the space and a director interested in her performance; Ajay Devgan pulled focus from Salman in an author backed role; and of course this marked the beginning of the famed Salman/Aishwarya affair that would scorch Bollywood over the next few tumultuous years.

Join as we dive deep (and I mean DEEP) into this film, to discuss its cultural impact, the gossip, the performances, the music, and so many other things!

Our brand new limited edition podcast series #BingingBridgerton hosted by @bethlovesbolly and @amritaiq is now LIVE. 8 episodes featuring an in-depth discussion of the Netflix series with the occasional guest host. Head over to the UpodCast- Main Event Page and leave us a review if you get a chance

Head over to https://www.fuckboisoflit.com/episodes for Amrita’s appearance.