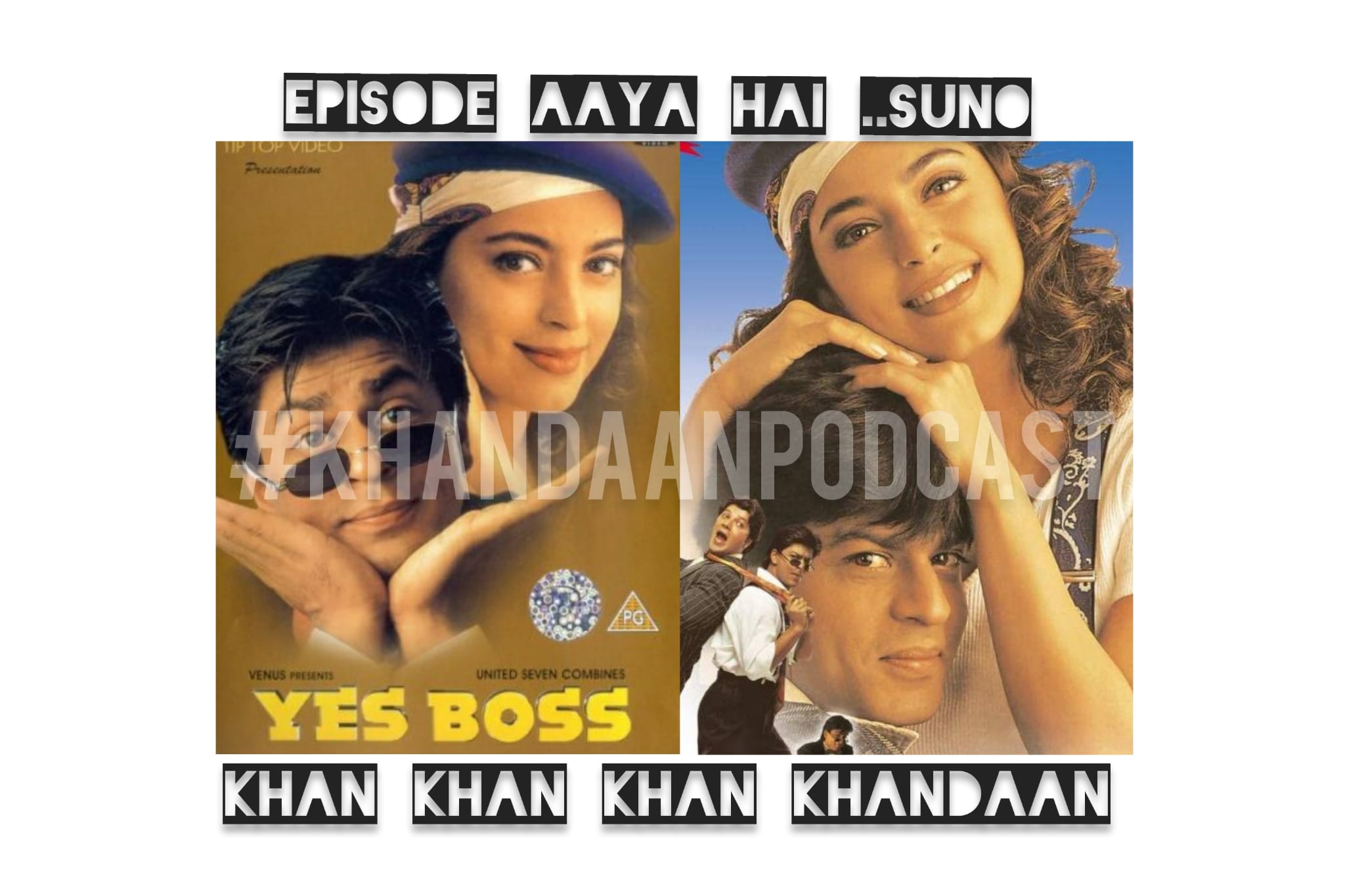 It’s Episode 90 of Khandaan: A Bollywood Podcast and we’re joined by writer, critic, blogger and podcaster Shah Shahid from BlankPageBeatdown.comwhose podcasts you can follow on splitscreenpod.com and Comic Years to discuss YES BOSS (1997).
Starring Shahrukh Khan, Juhi Chawla and Aditya Panscholi, this 90s classic was directed by then-frequent SRK-collaborator Aziz Mirza and show his touch for portraying the little people with big dreams in their eyes. More than 20 years after its release, it remains an ode to a different kind of Bombay, a different India, and a much different SRK-Juhi.

Our brand new limited edition podcast series #BingingBridgerton hosted by @bethlovesbolly and @amritaiqis now LIVE. 8 episodes featuring an in-depth discussion of the Netflix series with the occasional guest host. Head over to the UpodCast- Main Event Page and leave us a review if you get a chance
Khandaan now has an Instagram page. Follow us for some masti over there too!
Amrita’s video on her Youtube Book channel that had Asim in splits can be found here
Follow and subscribe to Amrita’s new Youtube Book channel by going here!