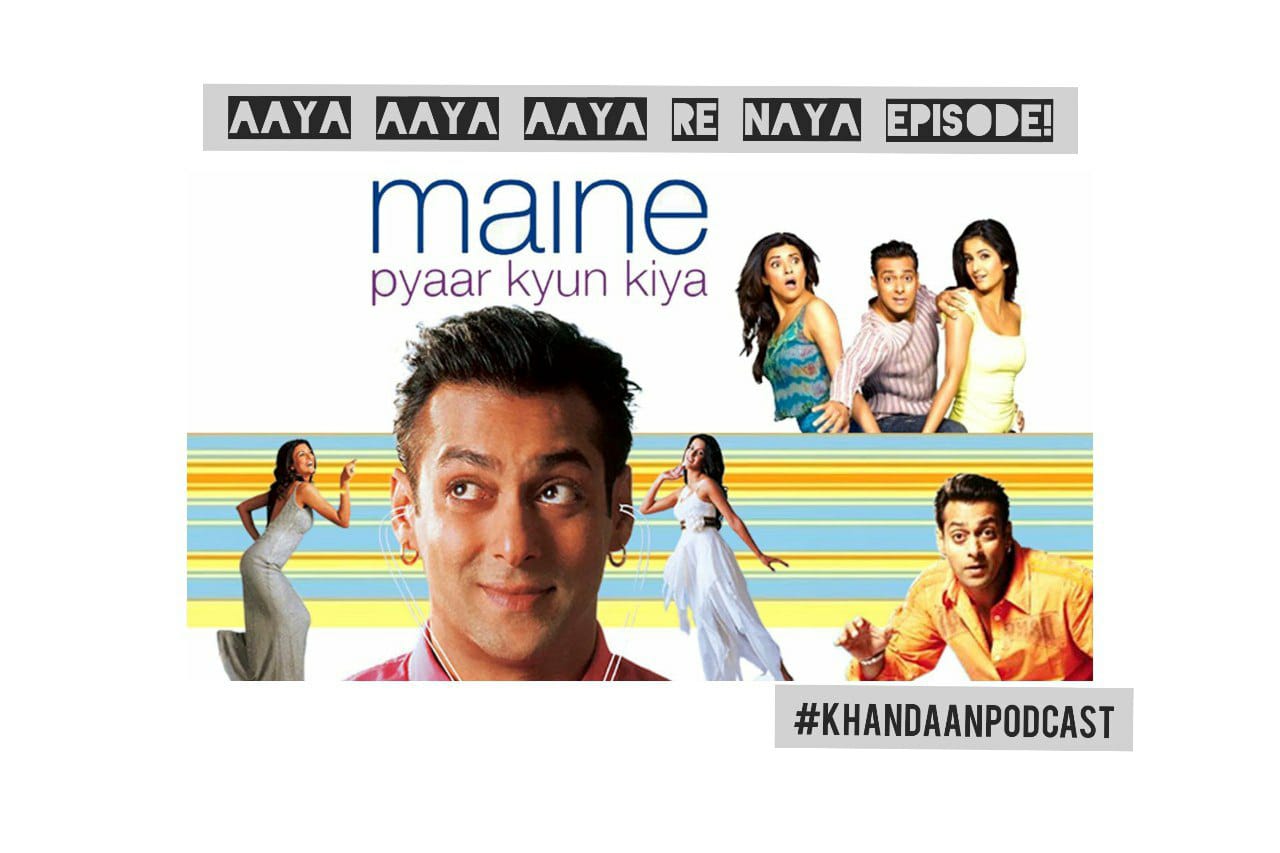 Khandaan: A Bollywood Podcast arrives at Episode 86 – our last for the year 2020 – with special guest Pulkit Kochar!
This week’s film is 2005’s MAINE PYAR KYUN KIYA starring Salman Khan, Sohail Khan, Sushmita Sen, Katrina Kaif, Arshad Warsi, and others. Directed by David Dhawan towards what was then the end of his career before it was revitalized by his son Varun Dhawan, Maine Pyar Kyun Kiya is another party thrown by the Khan brothers with their trademark humor (?). This movie is a bit of a time capsule for each of the stars and the directors – as well as for its music – and new friend Pulkit has solid reasons for choosing this film as you will learn.
Come for the snark, stay for Sujoy’s unexpected impression of a surprise character! Truly, the only bright spark of 2020.
You know Pulkit from his work with everyone from TVF to FilterCopy – now you can catch him on his Instagram and his YouTube channel where he’s posting original content.
We hope you will join us in January 2021 for fresh content. Till then, we wish you all a happy new year with health and prosperity

Show notes:
Check out Pulkit on his own channel HolyShitTweets or his instagram page

Check out Asim’s appearance today on the BBC Asian Network’s Yearly Wrap Up on The Big Debate page !