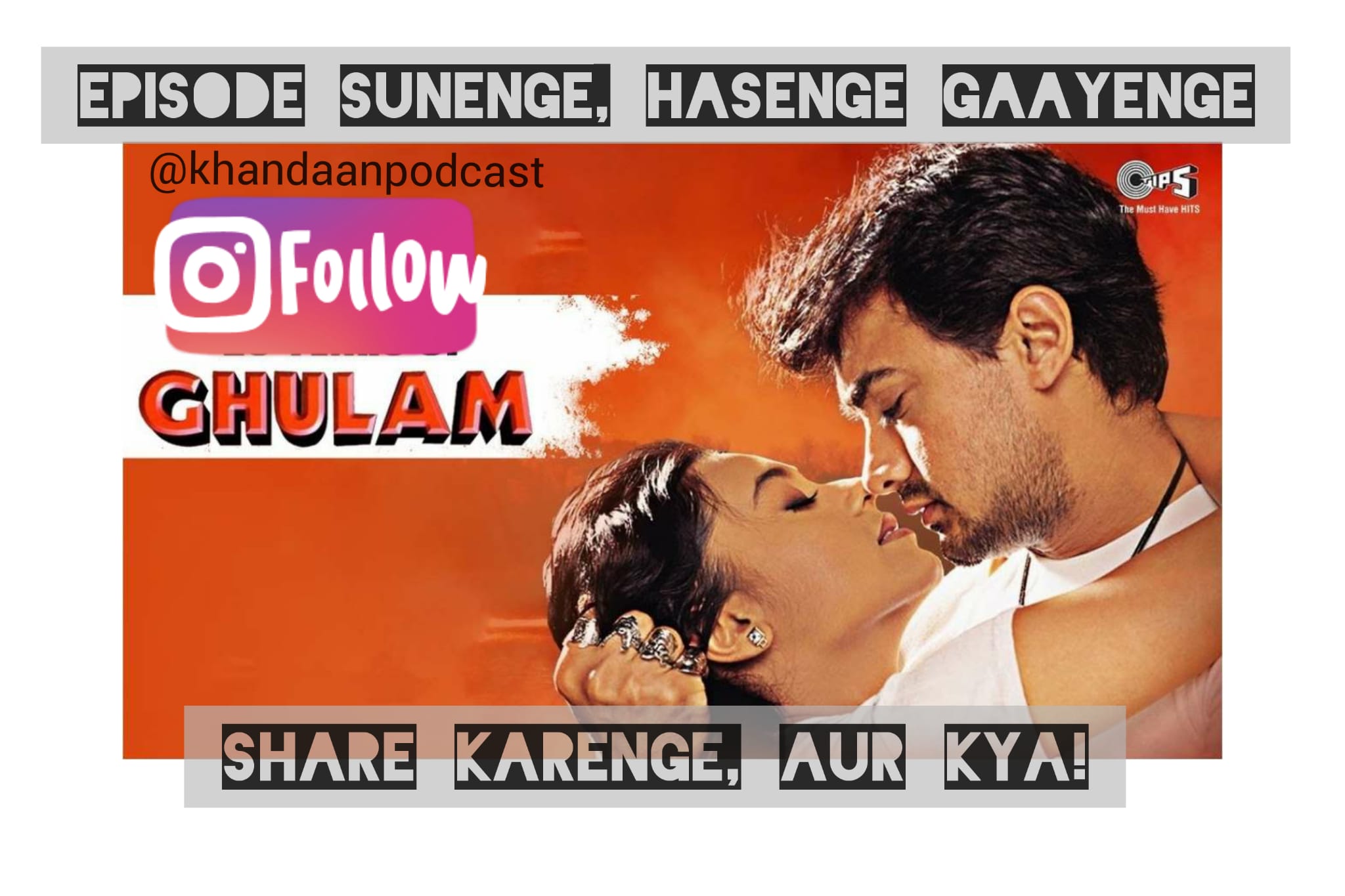 Khandaan: A Bollywood Podcast is back with Aamir Khan’s GHULAM (1998) for episode 84.

Join us for a nostalgia-filled episode wherein we refamiliarize ourselves with this classic.

Directed by Vikram Bhatt – a fact that stuns us in 2020 – this remake of ON THE WATERFRONT is a movie that has somehow never received its due. Harkening back to tropes explored across violent Hindi action movies, this is a clever take on Hindi film brotherhood and the fight of the underdog against overwhelming evil.

Khandaan now has an Instagram page. Follow us for some masti over there too!
Asim appeared on the Exploding Helicopter Podcast to talk about Baazi. Check it out and let them know if you’re a Khandaan listener.