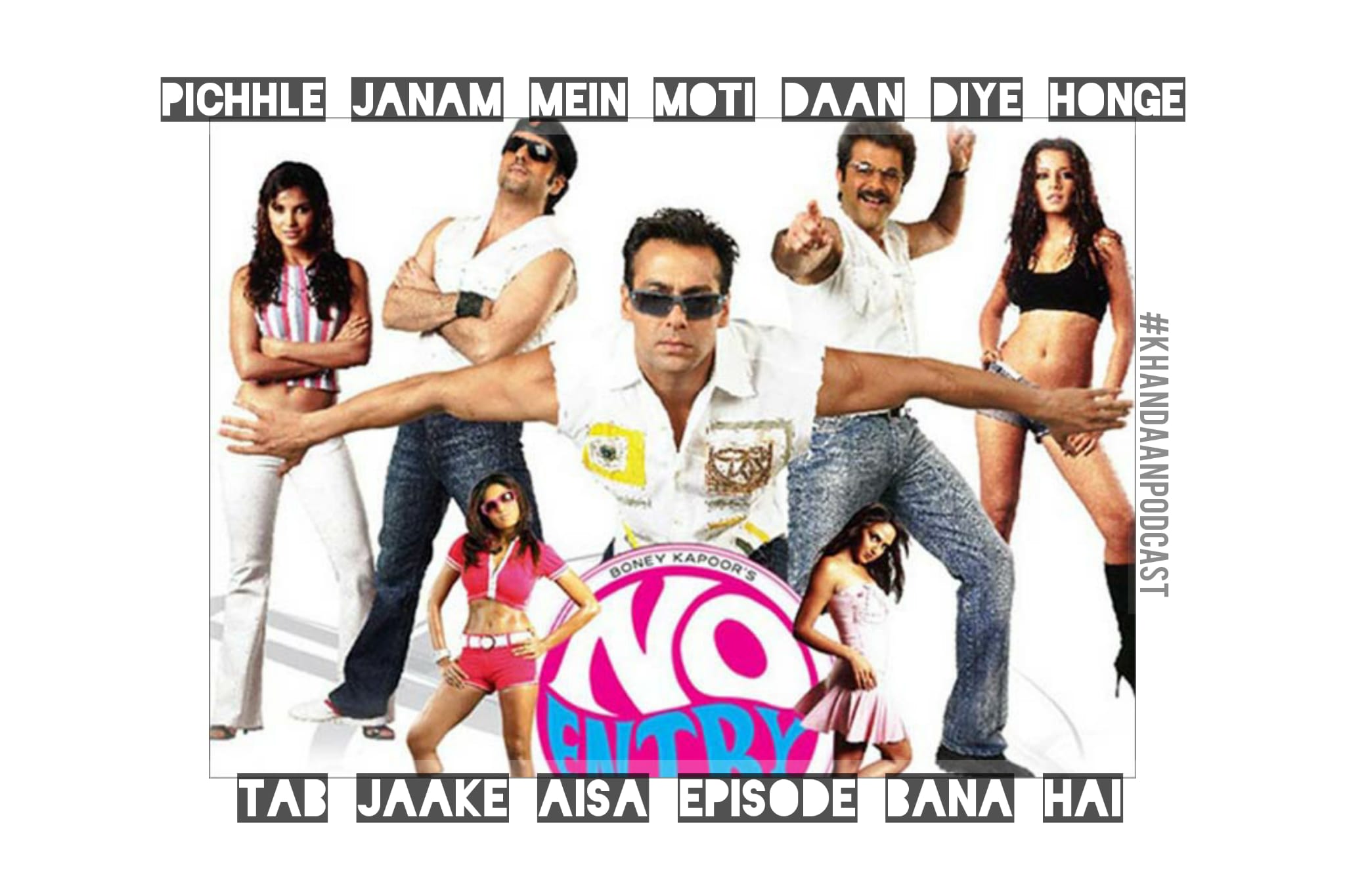 Khandaan: A Bollywood Podcast has 2005’s NO ENTRY for Episode 82.
Co-starring Salman Khan in an extended special appearance, this multi-starrer boasts of an eclectic line up: Anil Kapoor, Fardeen Khan, Bipasha Basu, Celina Jaitley, Lara Dutta, and Esha Deol in what was to become the first of many successful sex comedies directed by Anees Bazmee. A convoluted tale of cheating husbands, suspicious wives, noble call girls, and feminists who advocate for mental health, No Entry was one of the biggest hits of the year.This film is a cherished favorite of noted film scholar Jai Arjun Singh, author of Jaane Bhi Do Yaaron – Seriously Funny Since 1983 and The World of Hrishikesh Mukherjee, and he generously offered to share the experience with us. You can see more of his work at http://jaiarjun.blogspot.com/and contact him at jaiarjunATgmailDOTcom to join his free online film discussion group.
Show notes:
The Poll is back! We picked 3 movies suggested by our listener’s and you get to pick which one we watch on the next show:

Follow and subscribe to Amrita’s new Youtube Book channel by going here!Find us on Apple Podcasts! and Stitcher! and AudioBoom! and iHeartRadio! and Spotify! and Google Podcasts!