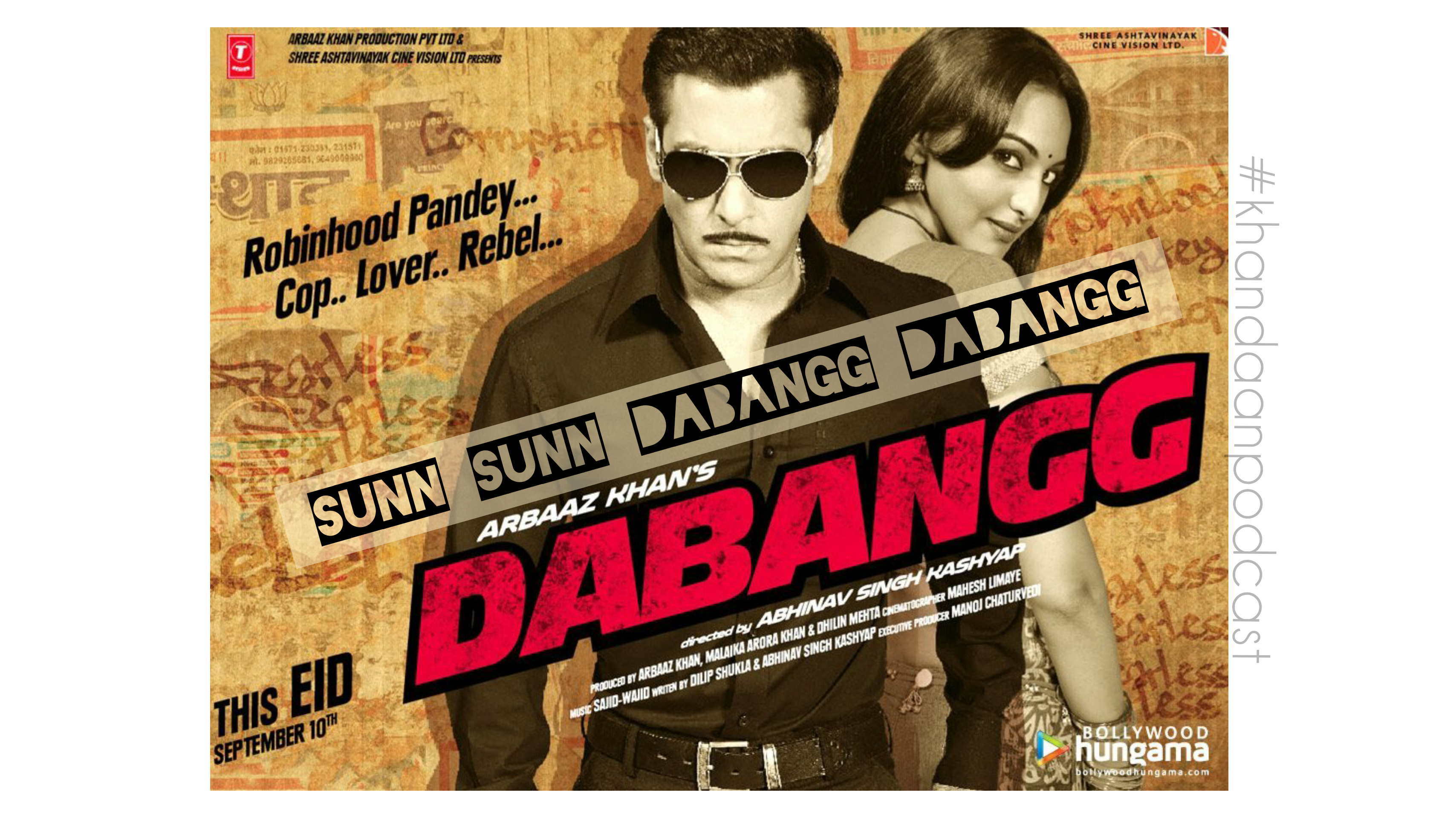 Khandaan: A Bollywood Podcast is back for Episode 67 with Salman Khan’s DABANGG! Directed by Abhinav Kashyap, this 2010 movie co-starred Vinod Khanna, Dimple Kapadia, Sonu Sood, Arbaaz Khan and introduced Sonakshi Sinha.
For various unfortunate reasons, however, this movie has been back in the public eye of late – so we invited ace film critic and journalist Anna Vetticad (visit her site here) to discuss recent developments. Anna is also an author and has written *the* definitive deep dive into Salman Khan in addition to THE ADVENTURES OF AN INTREPID FILM CRITIC (available everywhere books are sold).
Join us as we make our way through some messy times in Hindi cinema and discuss the phenomenon called Salman Khan.
A Short Timeline:
02.30 The continuing fallout of Sushant Singh Rajput’s death on the Hindi film industry
25.05 Remembering Saroj Khan, a true legend
51.00 The Main Review: Dabangg (2010)