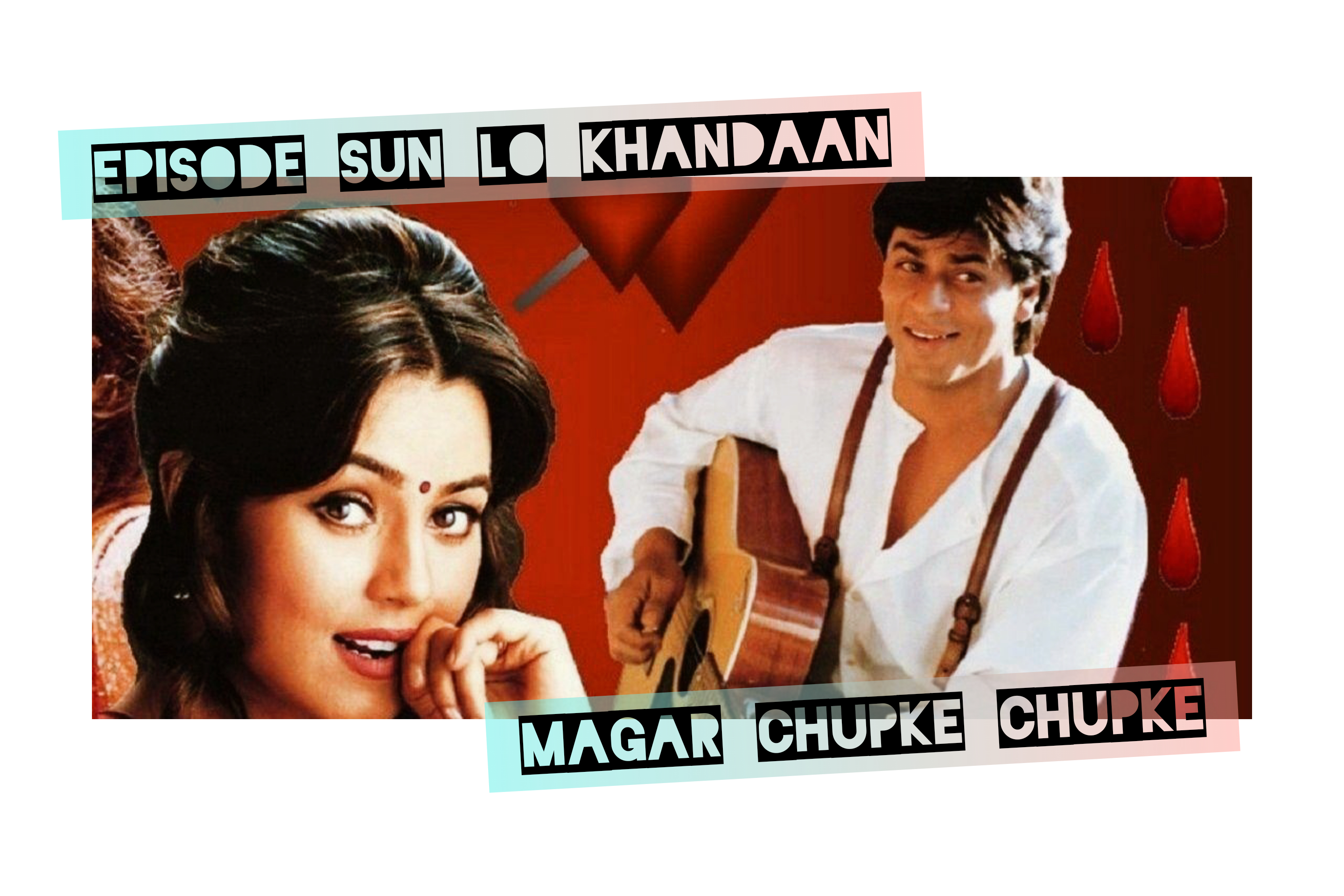 Khandaan: A Bollywood Podcast sails on to its 61st episode with Shahrukh Khan’s PARDES (1997). This patriotic ode to a visually composite India was directed by Subhash Ghai, his last big hit, and stars debutants Mahima Chaudhary and Apoorva Agnihotri in addition to Amrish Puri, Alok Nath, and a full team of people whose faces you will recognize. Shot across North America, which stood in for Hollywood (?), PARDES is the story of a rich NRI who seeks a village belle wife for his spoiled young son… and the foster son who eventually wins the bride.

A movie 20 years too late for its time, we discuss this hate crime against NRIs and why it was made.

Friend of the podcast Nim (@maplebrownie on Twitter and Instagram) joins us to explain why she decided to entrust a precious memory of her childhood to Khandaan of all people.

A short timeline of topics:

Follow and subscribe to Amrita’s new Youtube Book channel by going here!Find us on Apple Podcasts! and Stitcher! and AudioBoom! and iHeartRadio! and Spotify! and Google Podcasts!

You can follow all of us on @AmritaIQ, Sujoy on @9e3k and @asimburney
Sujoy’s instagram which has amazing shots can be found here, we strongly recommend you follow him!
Mahima Chaudary Pardes SRK Subash Ghai