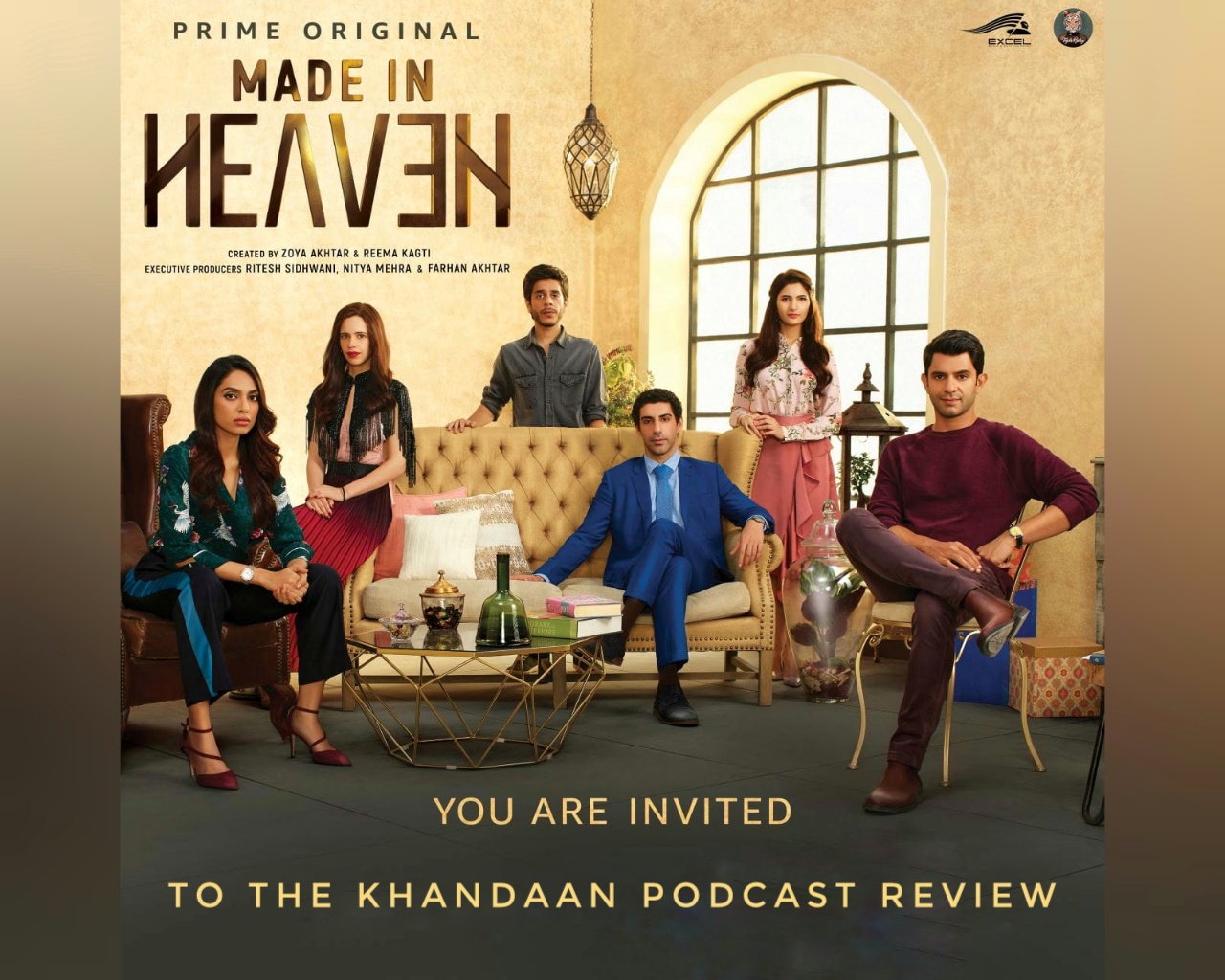 Episode 31 of the Khandaan podcast is a bit of a departure for us – it’s the first episode that doesn’t feature a Khan! Originally recorded as part of our upcoming Kabhi Khushi Kabhi Gham episode (so much fun!) with friend Ruchi, we decided it would just push an already mega long episode over some invisible edge of our listeners’ patience. So here’s some bonus material for you!

Made in Heaven is the new Amazon series from Excel Entertainment. Written by Zoya Akhtar and Reema Kagti, this critically acclaimed miniseries follows two wedding event planners in glitzy, high society Delhi as they battle their personal demons while simultaneously serving as front row audience to some of the most deep-rooted problems facing Indian society. It’s rich people behaving badly – in a recognizably Indian way.

We also interviewed the creators and writers of Made In Heaven, Reema Kagti and Alankrita Shrivastav over on the Upodcast- Bollywood Edition feed. You can listen to the chat here.