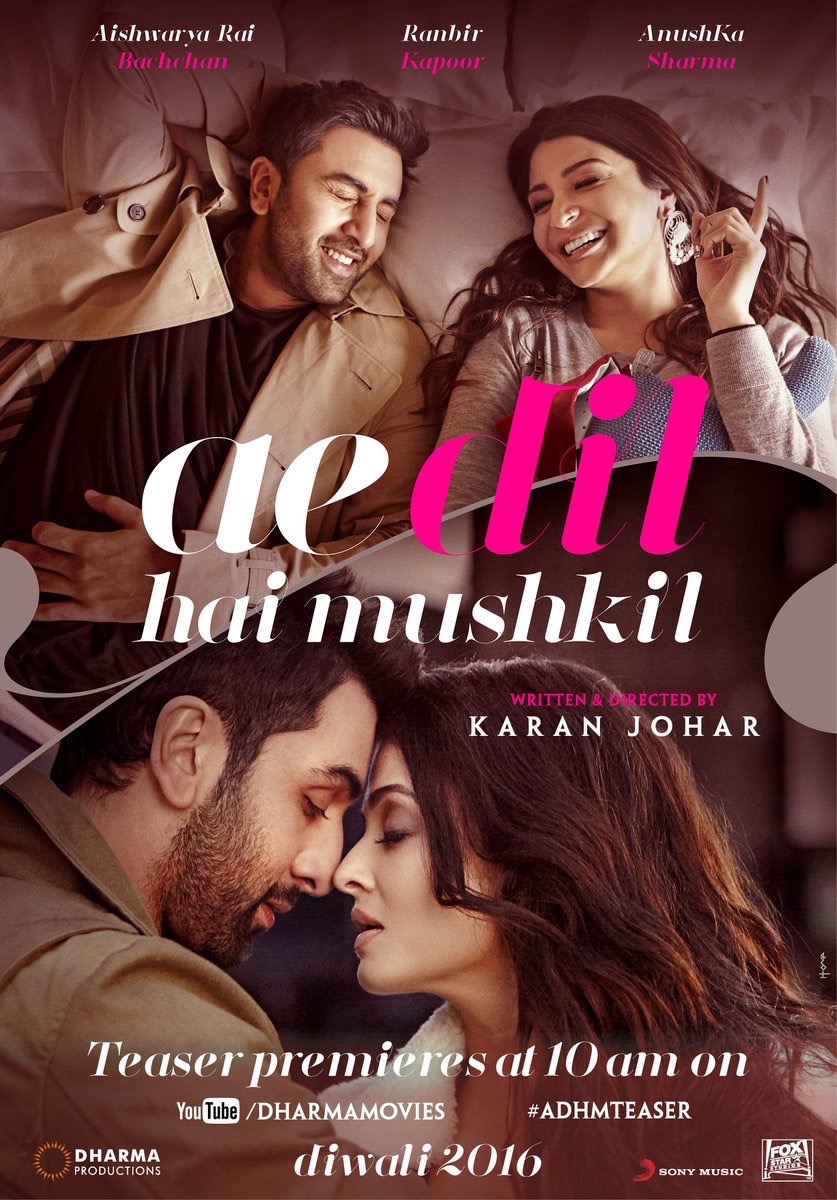 Anisha’s review of Ae Dil Hai Mushkil can be found on Indiewire or you can follow her on twitter.