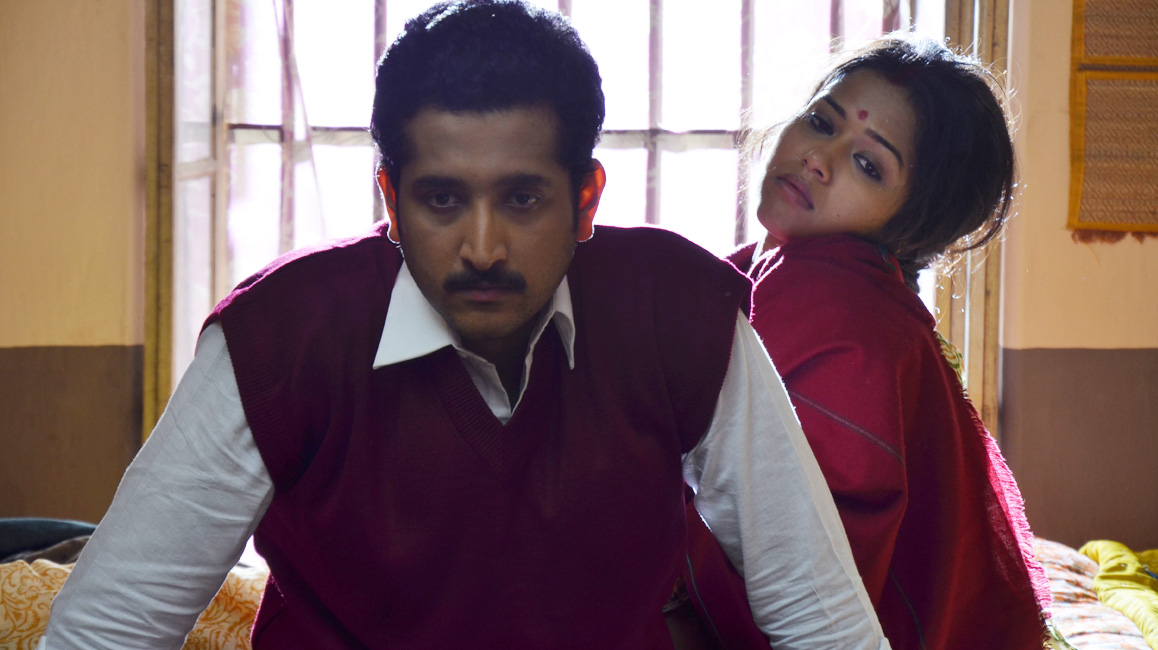 It does sound ironic that the film industry across the world has chosen digital media over film as its preferred future, even though it’s named after it. Much has been already said about this deviation, and only a select few filmmakers in the world continue their struggle to keep the torch burning. Digital media makes it easier for films to be released in more screens simultaneously, with a cleaner print and an almost flawless archiving process. It also has single-handedly spelt the doom for the art of film projection and the traditional single screen cinema which takes pride in that “larger than life” quality of the big screen. It is the struggle of letting go of this attachment to the glorious past that Kaushik Ganguly’s Cinemawala tries to explore. It brilliantly juxtaposes this struggle with the strained relationship between a father and his son. The parallel drawn between the two – the older generation set in their own ways and strict moral code, and the successor who just wants validation and success by all means, is brought to life by some brilliant performances.

The father of the Das family – Pranabendu Das, played exceptionally well by veteran Bengali actor Paran Banerjee, runs his family fish whole seller business with his only son Prokash (Parambrata Chatterjee, Kahaani). He also owns a failed single screen cinema, Kamalini, named after his separated wife. His cinema has seen better days, and along with his old confidante Hari, he dwells in the glorious days of the past – the days of Uttam Kumar, the days of CINEMA as it was meant to be. Prokash on the other hand, is the opportunist son, who reluctantly helps his father with the family business, but is more keen on making a quick buck by selling pirated DVDs. While Das senior’s life revolves around movies of the past, he realises that his son has a similar obsession, albeit an illegal way to be a “Cinema wala”.

There is a certain quality of ache and loneliness in Ganguly’s framing of the character of Pranabendu. And Paran Bandopadhyay just slips into this character effortlessly. His eyes and droopy face portray a defeated old man, who is struggling to give up what he holds so dear. His embarrassment from his own blood is painful to watch, and his love for cinema is inspiring. Parambrata plays the greedy son Prokash quite well, and at times can be quite slimy. Prokash’s wife played by Sohini Sarkar supports the two leads seamlessly. And there is even some comic relief. But my favourite character, surprisingly is Hori – played by Arun Guhathakurta. His loyal demeanour towards Pranab from the start reel makes one feel very attached to him. I won’t go into spoilers – but there is a scene where Pranab has sell of his big projection machines. Hori is cleaning it before the new owners come to pick it up, and he asks Pranab if he can spend some time with it alone. He has been in that projection room since he was 23, and to me it felt like Hori considered these machines to be his daughters, and now it’s time for their ‘bidaai’. It is a heartbreaking scene and I am sure there won’t be a single dry eye at the cinema when you watch it.

With the cinema industry finding newer ways to distribute movies, battling piracy and illegal downloads, and single screens becoming a thing of the past, what choice does the older generation have than to let go. The swan song of the single screens has not yet been sung, but people continue to be besotted by the swanky new multiplexes. Nostalgia is a dangerous thing. CinemaWala, in a not so subtle way, tries to pose this age old problem of accepting or resisting change. Go watch it, and give this piece of cinema a big hug. Cheers to the Golden Jubilee years!

CinemaWala, directed by Kaushik Ganguly is playing at the London Indian Film Festival this weekend.