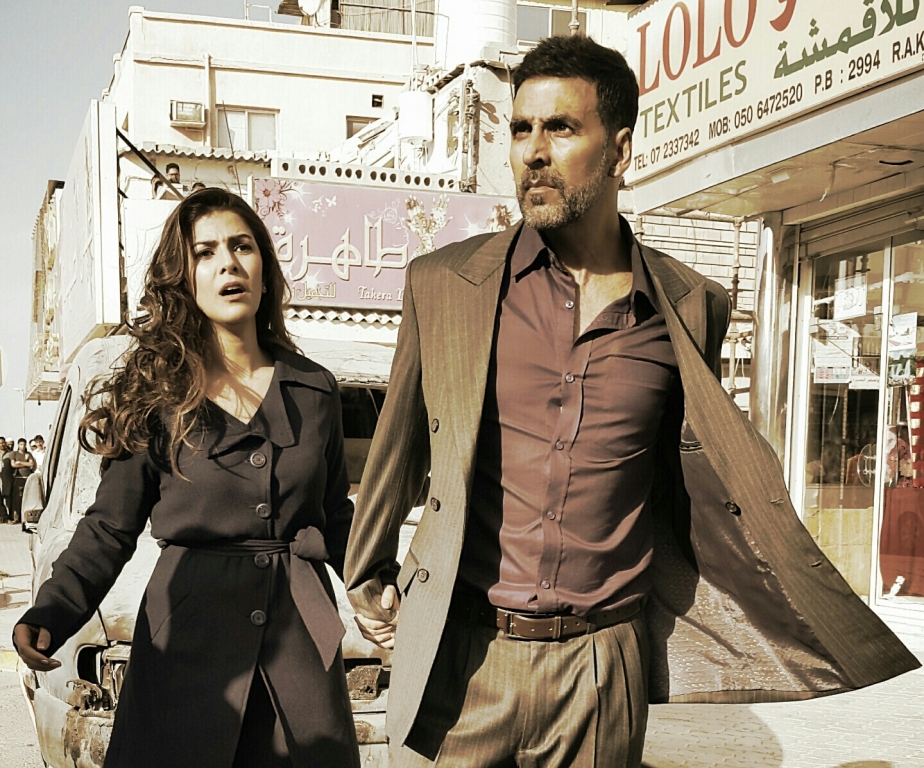 In one of the only emotional scenes of this movie, a very old Punjabi grandfather character (played wonderfully by the veteran Indian TV actor Arun Bali) speaks of the horrors of getting uprooted from what you once considered home, and being forced to leave everything behind. This scene is crucial in establishing why a certain Mr. Kohli (Kumud Mishra), a paper-pusher in the External Affairs Ministry Office, turns into one of the key figures in enabling the success of an impossible rescue mission. It is sad then, that Airlift, a movie based on true events of world’s largest civil evacuation could not evoke any further emotional hooks for me as a movie audience to remain invested or engaged. And yes, it even has a mini segment where we see the tricolour being hoisted and K.K. singing Vande Mataram. And even then, I did not participate in that moment of triumph. THAT is the biggest failure of the movie.

I am not for a single bit, attempting to undermine the real heroism of the true heroes who were involved in this rescue mission of 170,000+ Indians from war-torn Kuwait. I am in fact saying that a story as incredible as this deserves a much better movie than what it got in Airlift. It is a classic case of an ambitious director meeting an “out-of-their-league” story and getting overwhelmed by it. Writer-Director Raja Krishna Menon along with his team of writers have put up a screenplay which can be the equivalent of a college play on opening rehearsal day, with a very rough first draft of a scribble on a tissue paper acting as a script. 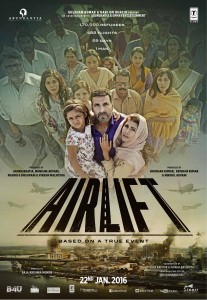 The narrative tries to introduce several characters into the plot – from the ever so grouchy George Kutty (Prakash Belawadi – Madras Cafe, Talvar), the unnecessary Mr. Poonawala, and the somewhat simmering and confusing love story of Ibrahim (Purab Kohli – Rock On). But none of them ever have a sub plot as such. There is no distinct payback that we as audience get from these plot threads. The trunk of the story tree is the man who is front and centre in the poster – Akshay Kumar as Ranjit Katiyal. He is the Ship Captain who is reluctantly put in charge of the fate of 170,000+ Indians. And Akshay handles it as best as he can. But the screenplay again fails him.

In one of the scenes, Akshay’s wife played by Nimrat Kaur convinces him to go to the docks – because he is a negotiator. And there is hardly anything following that scene which highlights this very characteristic of Mr. Katiyal. On the other hand, there is a scene where Akshay goes gung-ho and attacks a bunch of check-point gunned security guards, and even manages to threaten them. It seemed like Katiyal was playing Akshay for that moment, and not the other way around. We are told of Rajiv Katiyal being a businessman through and through. But in the face of such hardships, there is hardly any conversation in the movie that is scripted as one that demanded special skills. The Iraqi General played by Inaamulhaq (Filmistan), is layered in poor and generic Middle Eastern accent, and is a character written as a caricature. And hence, there is no sense of threat or perhaps, we have all seen this done way better in many other movies and TV shows.

The female lead in the movie, Nimrat Kaur seemed like one of the stereotypical naggy Indian housewife for most of the movie. She’s pretty glammed up for a woman stuck in war-torn Kuwait. But I assume, the writers felt compelled to give her something more than just that. And by virtue of that, she gets one scene which showcases glimpses of the actor we liked so much in The Lunch Box.

But my biggest complaint from this movie, is that being titled Airlift, the movie spends a total of only 2 minutes speedily narrating about the mega-operation taken up by Air India who managed to “airlift” the 170,000+ Indians from Jordan. Perhaps, that wasn’t as exciting on paper as Akshay punching dudes in sandy desert. And let’s not even get started on that cringe-worthy remix of Khaled’s Didi .

This one is not even for a lazy matinee.

The film releases internationally on on the 22nd of January in the UK.