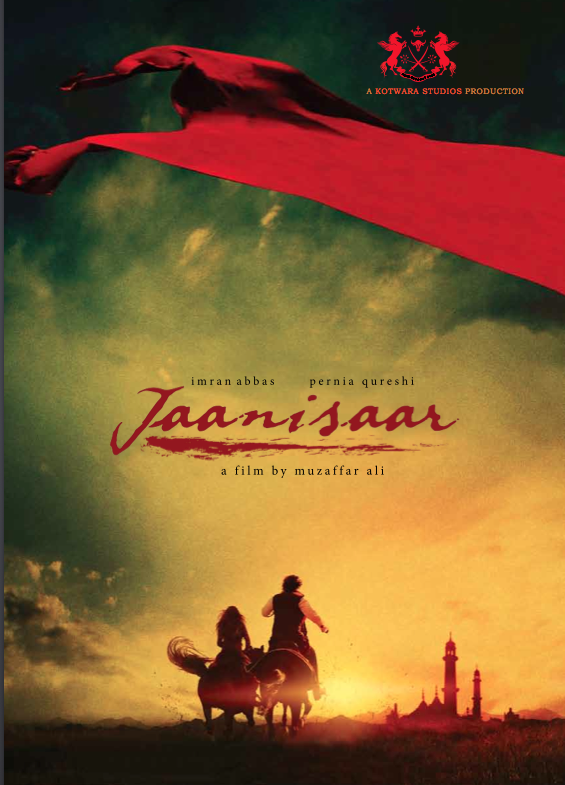 People have been raving about the music of Muzaffar Ali’s Jaanisaar for a while now and here is your chance to win 1 of 3 CD’s of the soundtrack with Upodcast.

To win a copy:

2. Send us an email on upodcasting@gmail.com with the answer to the following (dead easy!) question:

Which 1981 Bollywood film did the ‘Jaanisar’ director Muzaffar Ali direct?

(Winners will be announced Tuesday 12/8)

(Only UK entries apply -but if you’re nice and I like you, I might make an exception!)

Playback singers for the soundtrack of the film have some of the most celebrated singers of the music industry like Abida Parveen, Shreya Ghoshal and Sukhwinder Singh. Music is by Muzaffar Ali as well as Ustad Shafqat Ali Khan. It truly has some great music.

It’s pretty much the type of music you should be listening to instead of whatever guitly pleasure is looping on your playlist now!

Jaanisaar is in theaters this Friday!