Everything related to the lastest Mission: Impossible looks so awesome, the new poster that just released has a slight retro feel and makes pretty much everyone in the movie look cool.

The movie definetly looks like a big summer box office winner, hopefully unlike Edge Of Tomorrow which was praised by critics but underperformed at the box office.

Synopsis
With the IMF disbanded, and Ethan (Tom Cruise) out in the cold, the team now faces off against a network of highly skilled special agents, the Syndicate. These highly trained operatives are hellbent on creating a new world order through an escalating series of terrorist attacks. Ethan gathers his team and joins forces with disavowed British agent Ilsa Faust (Rebecca Ferguson), who may or may not be a member of this rogue nation, as the group faces their most impossible mission yet. 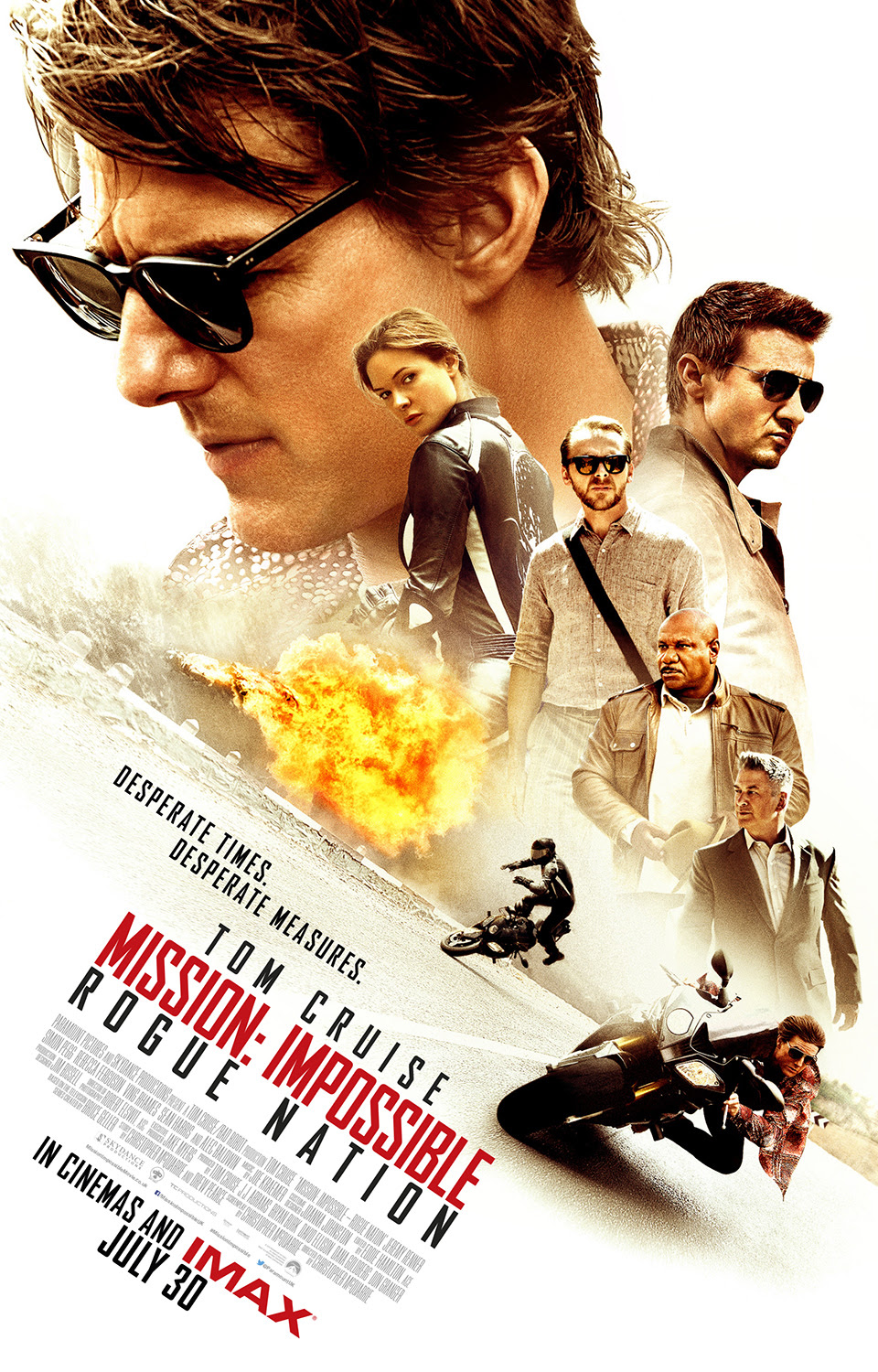