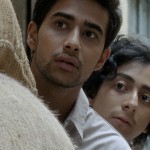 The Bagri Foundation London Indian Film Festival kicks off with Sundance winner Umrika with hard-hitting cricket documentary Death of a Gentleman to close the festival.

Prashant Nair’s Umrika, winner of the Audience Award at the 2015 Sundance Film Festival, starring Suraj Sharma (Life of Pi) and Tony Revolori (The Grand Budapest Hotel), will be the opening night gala of The Bagri Foundation London Indian Film Festival (July 16-23). The festival is now in its 6th edition and firmly established as Europe’s largest showcase for South Asian cinema. Nair’s debut film Delhi in a Day was a great success at the festival’s 2012 edition. Prashant Nair, writer/director of Umrika, said:

“I’m so excited to hear that Umrika will open the London Indian Film Festival this year. We’ve heard such great things about the audiences at LIFF and can’t wait to share our film with them. We’re hoping the film’s nostalgic portrayal of 1980s India, its themes and the many cross-cultural references will resonate with LIFF’s audiences.”

The festival is pleased to announce that the Bagri Foundation, a charity whose aims include the advancement of literacy, education and the arts, with an emphasis on those of India, and the appreciation and understanding of Asian cultures, is on board as the Title Sponsor. Alka Bagri of the Bagri Foundation said:

“Cinema has a vital role to play in exploring lives, sharing emotions, investigating social issues, and expanding horizons. Given the explanatory power of this medium, we are absolutely delighted to be supporting the London Indian Film Festival as title sponsors. The Bagri Foundation is committed to promoting rich cultural endeavours, fostering dialogues and providing platforms for creativity to blossom. In line with this, the Bagri Foundation London Indian Film Festival offers a fantastic opportunity for art lovers to embark on an exciting journey and to immerse themselves in South Asian culture.”

This year, the dynamic festival is also expanding to UK’s second largest city Birmingham with a selection of highlight screenings at Midlands Arts Centre and Cineworld Broad Street. 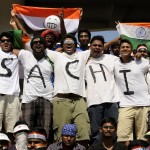 “Death of a Gentleman has been four years in the making, and we are hugely excited to be chosen as the closing film at the 2015 LIFF. This is a very human story about passion, money and power, and we hope to make a persuasive case to cricket fans and non cricket fans alike that the greatest game in the world needs to change its ways.”

The full programme will be announced 18th June.

“It is wonderful that the festival is expanding so rapidly in stature and reach, proving there is an un-tapped market for Indian independent cinema with UK audiences.”

For more information on the festival please visit: www.londonindianfilmfestival.co.uk

UMRIKA | UK PREMIERE
Hindi with English subtitles | 98 min | India 2015 | Dir. Prashant Nair | with: Suraj Sharma, Tony Revolori, Adil Hussain, Smita Tambe, Prateik Babbar.
This year’s Sundance Audience Award winner is an uplifting, rights of passage tale about two brothers from a small village who have dreams of making it big in Umrika (America). Udai (Pratiek Babbar) is the eldest and adored by his hard-working mum. He leaves their hamlet on a bullock cart to pursue his dream after he says he has received an invitation to work in the US.

Torn between pride and grief his mum waves him off. Months go by but there is no word from Udai, family pride turns to concern. Younger son Rama (Suraj Sharma, Life of Pi), shares the family’s increasing grief and then suddenly letters start to arrive. His parents cheer up again as amazing pictures of the USA fill their lives. All seems well until Rama discovers that the kindly local postman has forged the letters. Rama runs away from home to discover his brother’s true fate.
Q&A with Dir. Prashant Nair and other special guests.
OPENING NIGHT | 16 JULY | 18:00 | CINEWORLD HAYMARKET

A hard-hitting documentary of interest to cricket and non-cricket fans alike. Cricketing journalists Jarrod Kimber and Sam Collins set off on a journey to report on the current state of health of Test cricket and to investigate the impact of 20:20 cricket on the five-day game. They end up in something more sinister than they could ever have imagined. During their thrilling three-year journey they criss-cross the globe from London to Australia, from India to Dubai and back again, during which they meet players, the game’s administrators, fans and controversial cricket financiers, resulting in a film that is about much more than cricket. This is a film about passion, about money, about power and it’s a film about standing up for what you care about before it is too late.