Farah Khan is suddenly a little tearful – “I’ve realised the journey is coming to an end“.

Watching the star studded line up at the European press conference for the upcoming Happy New Year in a Central London hotel on a crisp Sunday morning, the camaraderie and strong bond between the cast was clearly evident. And if that is in the final product, then we really do have an amazing film to look forward to. Sonu Sood claimed it was “the biggest film ever made in India” and how it had been a “life changing experience working with Farah“. For Deepika Padukone, working with Shah Rukh in a lead role for the third time came very easily to her – not only did she know his processes but also revealed how she never questions anything that Shah Rukh tells her to do. 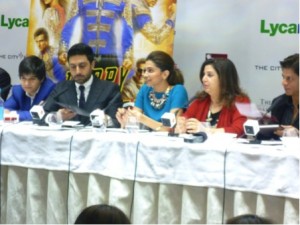 Indeed, there was plenty of SRK mania evident at the conference and being in the same room with him, it was not hard to see why. Shy and unassuming, his poise and modesty came across with sincerity, gently encouraging to the Nepali journalist who had recently learnt Hindi when she asked a question and he seemed genuinely embarrassed when a French journalist offered him a book about him written in French as a gift. It was also touching to see how he made sure all his cast members got a chance to speak.

Things took quite an interesting turn when a press member suggested that the SLAM tour had allowed HNY to make all its money back before release and the rest was a money making exercise. The journalist also asked SRK what he had felt he had yet to achieve, cheekily adding on a request for SRK to reply in Hindi rather than English. SRK certainly gave a fitting reply in Hindi – explaining how a film could not guarantee it would do well at the box office and this was more a project of passion. As for his achievements, he said he wanted to give back to the audiences. It was interesting to see the superstar put on the spot and emerge with his dignity intact whilst shutting down the journalist.

Indeed, the SLAM tour has proved a blessing for HNY – as SRK explained: “We used the coincidence of the live concerts and film release as promo strategy” – certainly a savvy business idea which has been well received by the fans and by the rest of the cast too; apparently, we have not heard the last of the SLAM tour which may return once more in a different form in the future.

All too soon, it was time to wrap up – it seemed the cast had more fun than anyone else, encouraging and teasing one another but with the feeling that the gathered audience were also in on the joke. How the film is received on release remains to be seen but it was Farah Khan who had the last word – explaining “HNY is a festival film – it is releasing on Diwali!” – let the festivities commence!

Here is a new poster and promo introducing the character of Charlie, played by SRK: 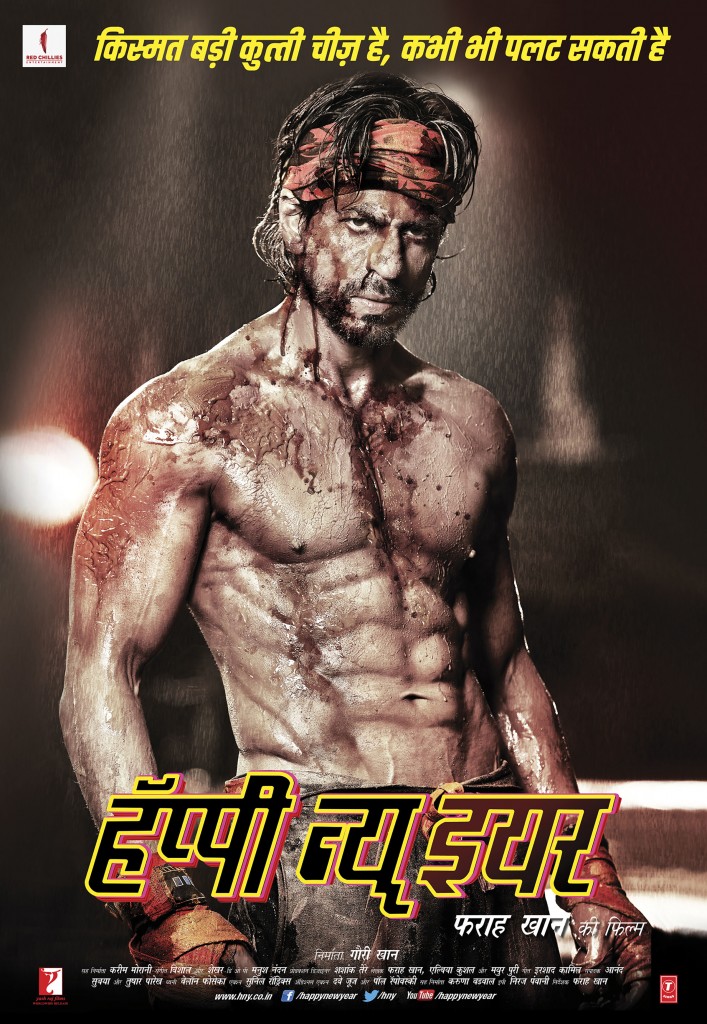 You can read more from him at www.bogeyno2.wordpress.com