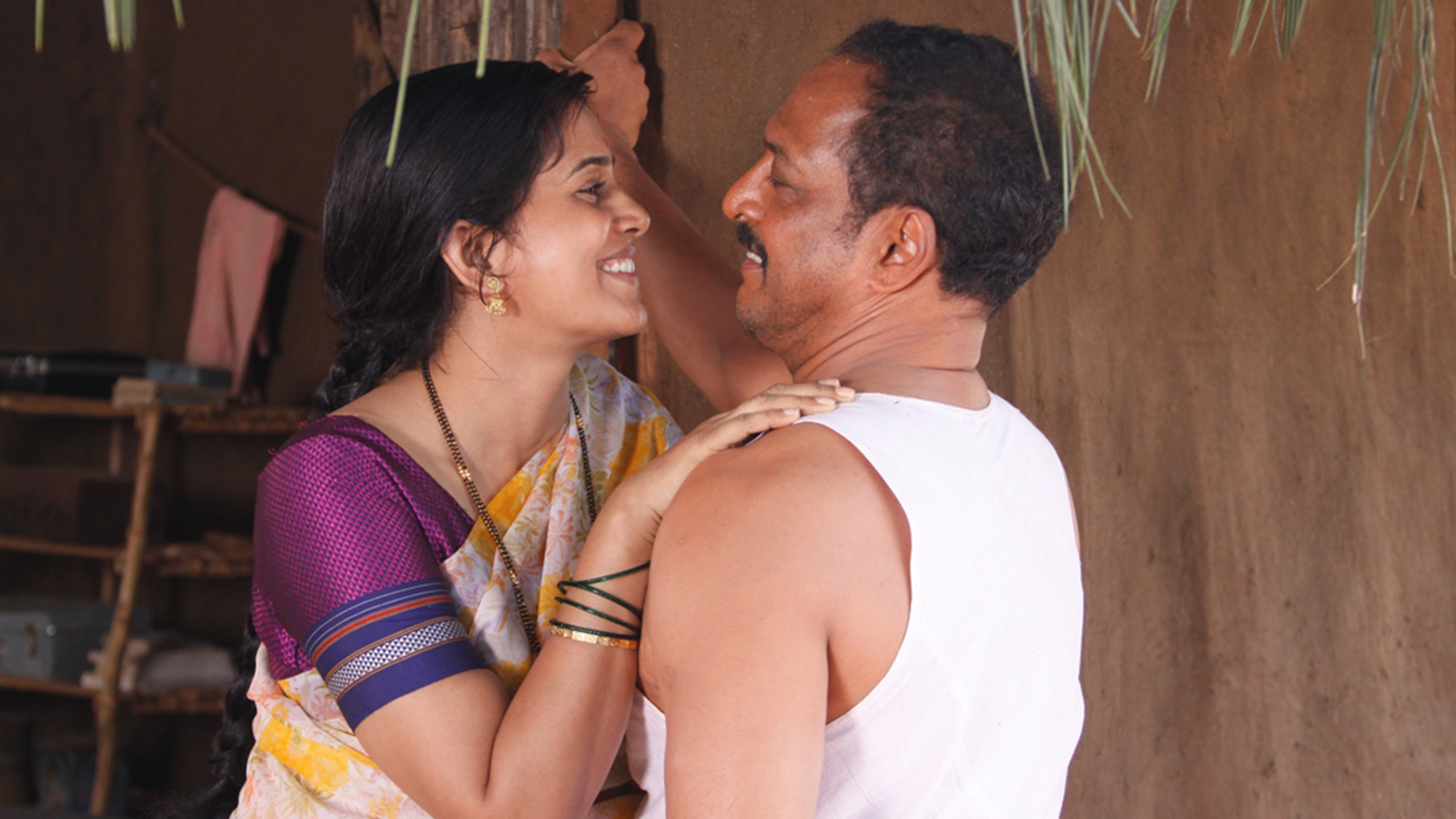 In true tradition, the closing night of the 5th London Indian Film Festival featured one of the biggest and highly anticipated movie premieres of the festival – Samruddhi Porey’s biopic Hemalkasa. Based on the life of renowned social worker and Magsaysay award winner Dr. Prakash Baba Amte, the highlight of this feature was not just its subject matter, but also its top notch star cast – Nana Patekar and Sonali Kulkarni in the title roles of Prakash and Mandakini Amte. And there’s veteran actor Mohan Agashe as well, portraying the role of Prakash’s father, Baba Amte. With such big names, and a big story to tell, one would expect nothing less than a spectacular closing to the festival. Unfortunately, all of that expectation comes crumbling down pretty soon, right after the movie begins.

It was quite unfortunate, that the screening began with a short – Director Shubhashish Bhutiani’s Kush selected by the Satyajit Ray foundation as this year’s Best Short Feature). I say unfortunate, because as soon as that short concluded, and the opening titles of Hemalkasa rolled onscreen, I could tell that it wasn’t going to be at par with any of the movies I had seen in the festival, including the short that preceded it. Blame it on the extremely disturbing choice of font styling for the titles (which made me think if the director had got her young nephew to do it, who had just learnt about WordArt on PowerPoint). Or perhaps it was the unnecessary addition of laughably awful CG explosions. But wait, there is more.

The intro scene of Nana Patekar features him doing a sheersasan, with his upper half submerged. The director chooses this scene to be the best moment to let us know that Prakash Amte is perhaps a cross between Singham and Doctor Dolittle. So, just next to Patekar, there is a tiger washing himself. I love tigers. Onscreen ones to be precise (read my review of Ulidavaru Kandante). But this tiger, my friends, is the worst CG copy-pasted tiger to have ever existed. Patekar rises from underwater and walks out like a Bond girl. And accompanying him, is CG-Tiger. And in that moment, I knew that Hemalkasa is not going to be a movie that I’d like. And this was just the first 10 minutes of the movie.

In the course of its unbearable 117 minutes, Porey depicts the tale of this relentlessly generous man, and his many struggles and how he overcomes them. The narration is mediocre at its best, and extremely irritating at its worst as it jumps through the different stages in Amte’s life. I can see Porey trying hard to squeeze in as much detail as she can, as if she is begging for the audience to applaud at how unreal Amte’s sacrifices are in comparison with the cynical world we live in. But she hardly leaves any breathing space on a specific event for the audience to feel connected. The editing could be the culprit here. There are way too many events jam-packed into this, and yet, each one feels stretched out, or sometimes repetitive. I felt like I was compelled to watch an episodic TV series, albeit a boring one.

I can understand the underlying sentiment of the filmmaker might have been to genuinely show her reverence for Prakash Baba Amte. And nothing that I say here will take away from what Baba Amte’s influence is on people in India and all across the world. Neither does it undermine his efforts in any shape or form. But there is a clear distinction between the story and the story-telling. When asked in the Q&A section, what the real Prakash Amte’s reactions were on watching his own biopic, director Porey responded that Amte’s reply was – “I felt as if a camera was left on from my childhood to my present day, and I was watching it all on the big screen”. As a cinema lover, I cannot translate that to be a compliment.

This is a classic case of a filmmaker falling too much in love with the source, and failing to say “Cut”. There are numerous attempts by its stellar lead pair – Patekar and Kulkarni, who give earnest performances, and try to save this sinking ship. But it is too late by then. There are “Gods must be crazy” inspired scenes featuring the local tribes of Hemalkasa. You know the kind where they discover modern medicine, radio etc. But even these scenes failed to charm me. And the amount of bad-acting provided by its extras could put Farah Khan’s extras to shame. By the time the director decides to make Sonali Kulkarni and Nana Patekar give one-last-push with a breakdown scene when their domestic pet Leopard passes away, I was rolling my eyes. Looking at the audience around, I could see most attendees staring at their watches, or fast asleep. It is hence ironic to see that this feature won the runner up Audience Award.

This journey to Hemalkasa had the entertainers on the list, but was boring all the way.