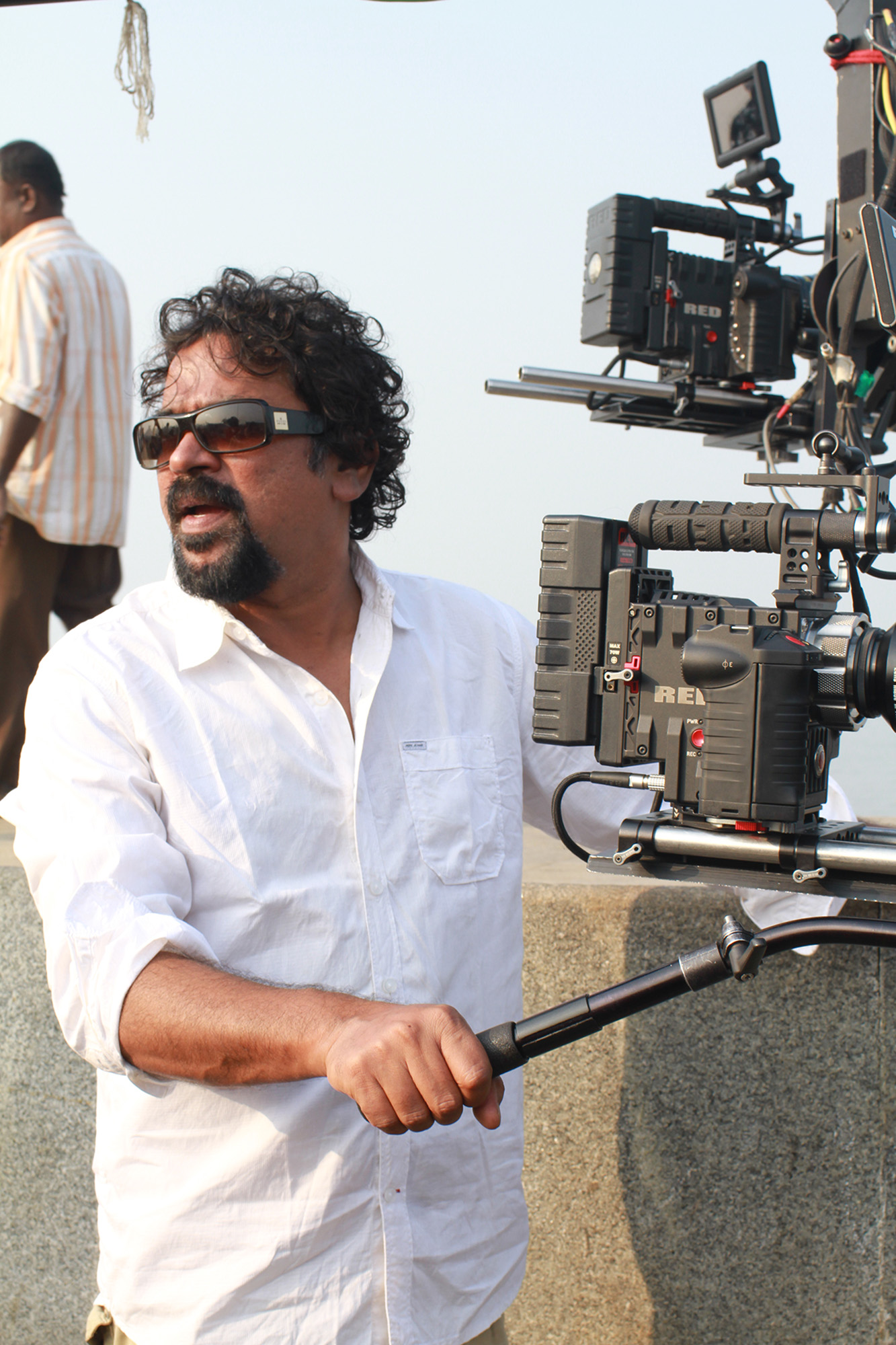 London Indian Film Festival brought with it the golden opportunity to spend an evening with ace Indian cinematographer/director – Santosh Sivan. As a fan of his work, this was something not to be missed, and I went in with high expectations. Held at the BFI Southbank, the Santosh Sivan Masterclass was being conducted by BBC Radio Presenter Nihal.

It started off as a QnA session on Sivan’s early inspirations that drew him towards the visual medium. Sivan’s stories clearly depict his childlike enthusiasm at nature’s offerings. And unsurprisingly enough, that enthusiasm is still alive, and is quite obvious in the way he narrated his stories, and also from the fondness that is conveyed. Most of his quirky experiences have somehow translated into his cinema.

Later on, we moved to the milestones of his career. To name a few, Mani Ratnam’s Roja, Iruvar, Thalapathi, and Dil Se, and his own directed features – Asoka, Terrorist, and Before the Rains. Sivan’s passion for storytelling, whether in feature film format, or documentaries was also one of the discussions in this masterclass.

His latest work – Ceylon, was met with a few controversies, and was pulled from the cinemas. Hopefully, we should get to see Ceylon in the near future. Here are 15 quotes from his masterclass.

On his early inspiration: My grandma always use to narrate me stories in a very cinematic way. The moon rose, then the night lit. So that has been my visual inspiration.

On why he chose cinematography: I used to love taking black and white pictures. If I wasn’t a cinematographer, I would be a farmer. Because I’d be very close to nature.

On how he deals with child actors: You don’t try to change child actors, but adapt yourself to them. Otherwise  you’d be changing the reason why you took them in the first place.

On Chhaiya Chhaiya: Sharukh Khan was the fastest thing on that train.

On his favourite scene: The complexity and lighting of the scene in Iruvar when Mohanlal wave shis hand and there is a crowd cheering loudly, that reminds me of the hard work we put in to achieve that. So that scene is special to me.

On actors and their insecurities: I often tell actors to act as if the camera is their best friend. And put as less makeup as possible.

On whether it is possible to be a director without being a cinematographer:
I disagree with that. Because it is not good too much of everything. A director can have a visual sense, and an idea of his end product, without knowing cinematography.

On his favourite international film: Bicycle Thief is one of my favourite films. Because it is a very little, and very real film.

On perceiving beauty visually: I wake up in the morning at 5 am, and see the world in monochrome. Then the first rays of sunlight appear, and you see the world in soft light. Then the bright light starts to appear. It is like the universe is putting on a show for you.

On how he handles his sensory overload when he sees beauty all around you: Smoke some cigarettes and a drink.

On Asoka: Even now I feel very proud of that film. It was inspired by my school teacher, who wanted to be a theatrical actor. And he used to teach us of Asoka.

On his collaboration with Mani Ratnam: He is an old friend, and a creative ally. We do have differences on set, and even fights. But at the end of the day, we just want to make the best film we can.

On why he chooses to make documentaries: It is like telling a real tale of how it was set in time somewhere. That excites me.

On his most embarrassing work : I don’t have any such list of work that I should be ashamed of. In the same way, I do not have a favourite project. I cannot sit on my past achievements. My best is always coming next.

On the controversy surrounding his next feature Ceylon: It got pulled because I did not want any tension around the election period. I am releasing it again, after getting an approval from those who objected to it without even seeing the film. I will be showing it to them.