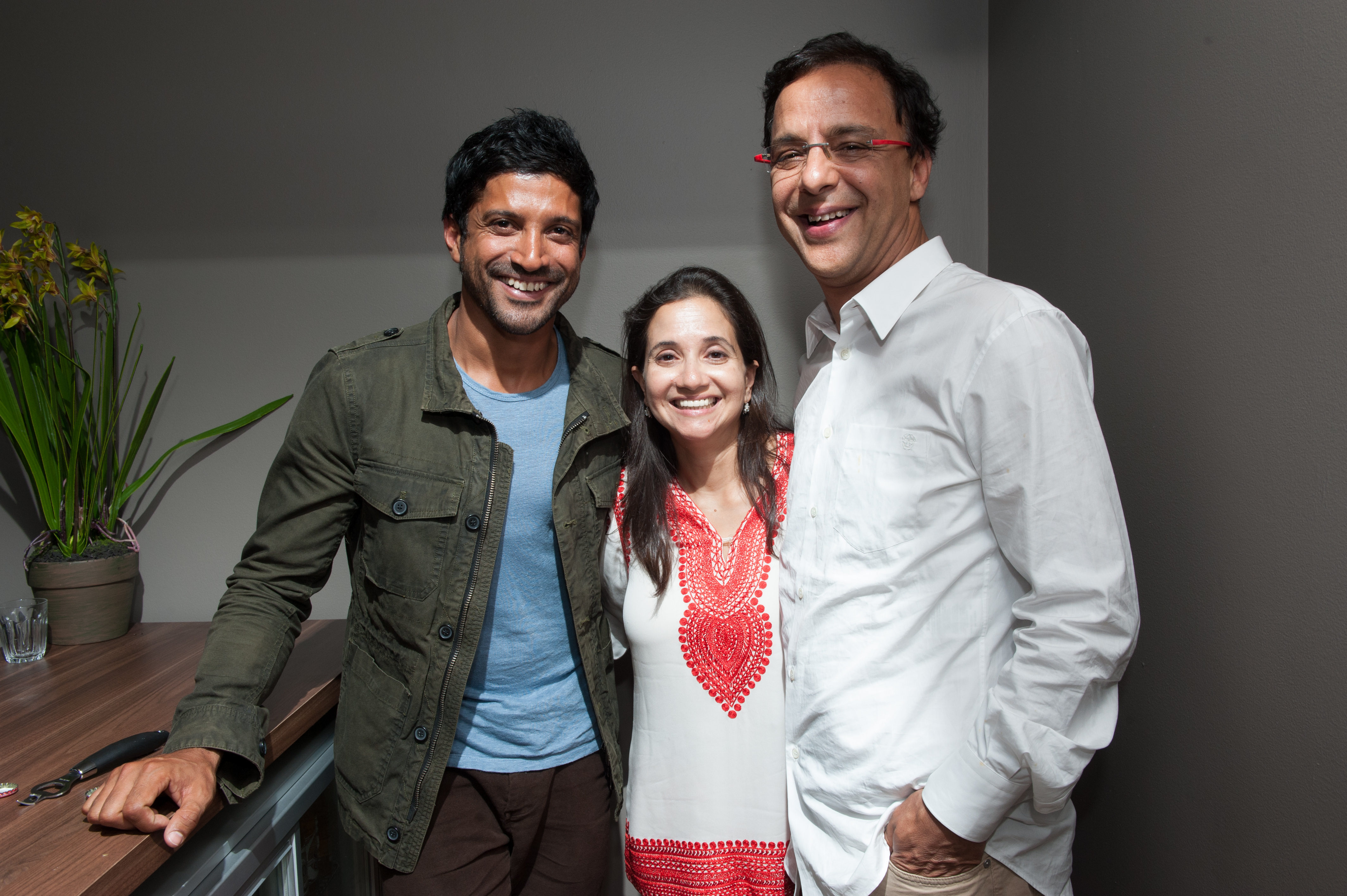 That Farhan Akhtar is a multi-talented being is beyond doubt – just look to his amazing body…of work as an actor, director, writer, singer, lyricist, producer and general Mr Congeniality of Hindi cinema. But damn it, he is rather likeable too – at least I felt I wanted to hang out with him a bit more after a screen talk at the BFI Southbank. As part of the London Indian Film Festival 2014, (which is fast going from strength to strength and now a major event on the South Asian cultural calendar in London) and hosted by editor of Sight + Sound, Nick James, the evening quickly felt like spending time with a friend of a friend who you want to be friends with.

In front of a packed audience which also included filmmaker Vidhu Vinod Chopra (whose presence was the surprise of the evening; when Farhan named the Munnabhai series as having a great social impact on society, the audience were alerted to Chopra’s presence and broke into spontaneous applause), his wife Anupama Chopra, who is perhaps the most sanguine film reviewer in India today, Bollywood casting powerhouse Mukesh Chabbra  and director of recent superhit Queen, Vikas Bahl, Farhan charmed with tales of how he started as an assistant director to avoid being thrown out of home and how he would cut class at college to watch films. 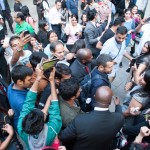 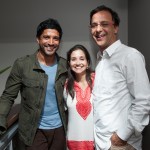 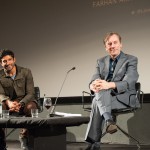 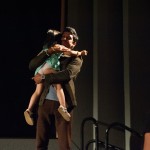 Photo Credit: London Indian Film Festival 2014
But there was also lots of unexpected fun – Farhan managed to make Nick James lose his calm composure and corpse into uncontrollable laughter a few times as well as delighting the audience with an impromptu snake dance (an interest he shares with Shah Rukh Khan) as well as singing the title song from Rock On! It was also interesting to hear Farhan talk about Dil Chahta Hai and Zindagi Na Milegi Dobara (including being unable to look at a tomato for a good six months post the Ik Junoon song filmed at the Tomatina festival in Spain). One did miss the inclusion of Lakshya which was a significant film in his career but with time of the essence, there was lots to get through.

When finally it was time for the audience Q&A, there was lots of enthusiasm and whilst a request for a hug from a determined fan was not quite appropriate, only the stoniest heart would have denied a two year old girl a hug and kiss from her favourite actor (though Farhan didn’t take a selfie with a fan who had come from New Zealand which felt unfair, especially as her question regarding how he worked with Zoya was one that seemed to pique his interest). All too soon, it was time to wrap the session up but not before a clip showing Farhan in his career defining role as Milkha Singh in Bhaag Milkha Bhaag. What added to this was how Farhan shared how he embraced the grueling process to achieve that amazing athletic look.

As I left the Southbank feeling inspired and pleased, fans had thronged all the possible exits hoping to get a photo with Farhan as he made his way to the after party. Inspiring that kind of affection and keeping it is not easy but then this is the very talented Mr Akhtar we are talking about here – and there is no doubt that as he forges ahead with anything he chooses to do, it will be with a degree of class, dedication and a disarming and endearing sense of humour.