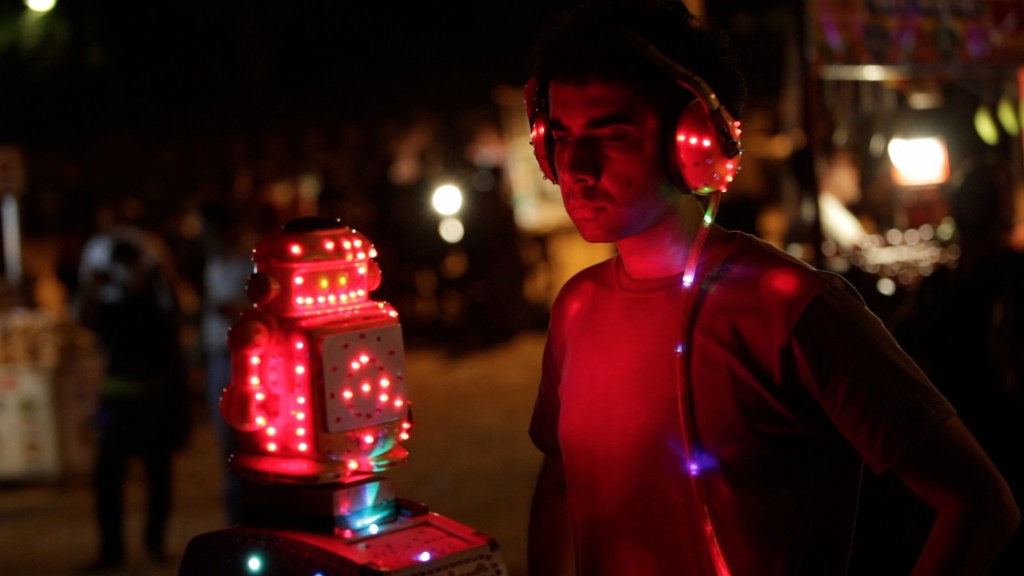 Director Amit Masurkar’s slacker bromance ‘Sulemaani Keedha’ (SK) on the surface is pretty much what one of its characters wants a movie to be like. That character is Gonzo, a producer’s son, a big fan of out-of-the-box ideas and who plans to make a paradoxical movie with a story that has no story. This is a movie, which on the surface has no real story to it, and speaks to Gonzo’s sensibilities of having no real hero, heroine, villain in its tale. And yet, by the end of its run, you cannot help rooting for its struggling protagonists and their fight against their own banal lives, and to rise from the crowd. I feel Sulemaani Keedha (Hindi street slang for pain in the ass), does not necessarily translate to the negative meaning that it may imply. In my opinion, it may be the royal itch to prove something – to yourself, and to the world.

We are introduced to these two slackers – Mainak and Dulal (debutantes Mayank Tewari and Naveen Kasturia), who are drowned in their own torn scripts and unpaid rents, and are dejected from every corner of Bollywood. But even with such amount of rejection, they refuse to give in to the temptation of a comfortable paycheck by writing for daily soaps. In their free time, which they seem to have a lot, they aimlessly and unsuccessfully attempt at hitting on girls, in the bookstore, in the clubs, and everywhere else. SK is about these perennially hungry and horny struggling writers, who juggle their struggles, opportunities and love.

Shot exceptionally well by Surjodeep Ghosh, SK captivates the spirit and the sparkle of Mumbai. The guerilla style shooting used to shoot this movie to keep costs low, actually works in its favour to make it look real and authentic, and often as silly as real life can be. The dialogue is spunky, and emotes the angst and the ferocity of all creative strugglers who come to this mad city looking for that one shot to make it in the big bad world of Bollywood. There are plenty of nudge nudge wink winf references to the Rohit Shetty’s 100 Cr Club formula, there’s a chuckle-worthy animated sequence involving Gonzo and his cat, and the music by Arfaaz and Anurag needs to be released on iTunes pronto.

For its warm hearted spirit, and its giggly jokes, SK left me feeling happy. You shouldn’t be surprised if this lands up on your Netflix queue soon. Until then, it is worth travelling that distance if it is playing at a festival near you.