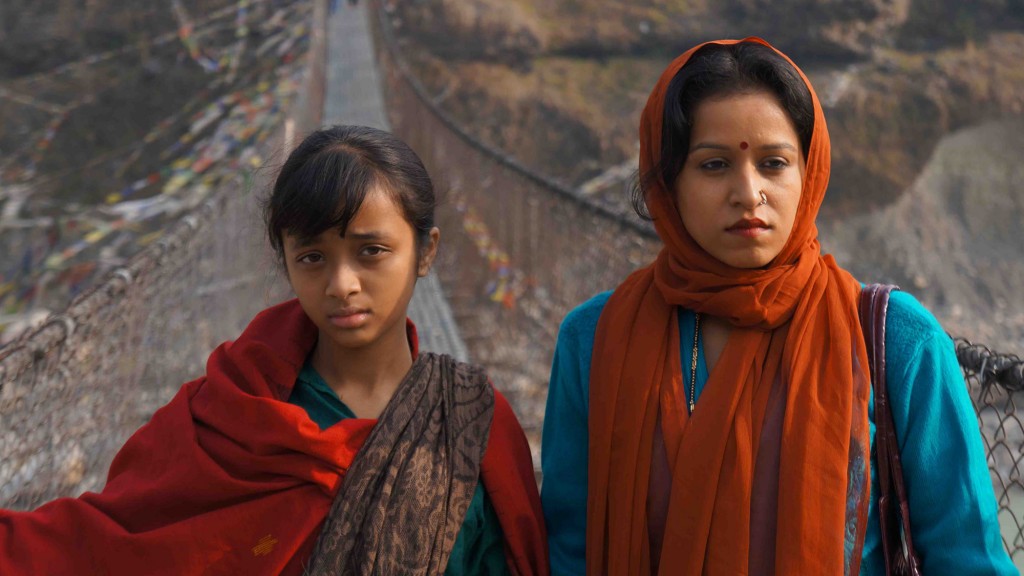 The London Indian Film Festival started with the UK premier of Sold, directed by Jeffrey D. Brown, Oscar winning director for best short film (Molly’s Pilgrim -1985) and starring Niyar Saikia, a 13 year old girl Lakshmi who under the guise of a job in the city gets sold to a brothel where she is forced into prostitution. The movie is produces by Emma Thompson and based on a Patricia McCormick novel.

Sold isn’t just a movie but is tied up with a few charities and a social media campaign hoping to make an actual change to the problem of child trafficking globally.

The message of the movie is something we can’t turn a blind eye to so before I dig into the movie, do check out www.soldthemovie.com or search #TaughtNotTrafficked on twitter if you want to contribute.

The movie is a tough watch, but it needs to be, the topic of the movie is so bleak that although the full horror is never shown, the implications are enough to make you want to avert your gaze many times from the screen, even more so for the Niyar Saika’s expressive eyes and naturalistic performance and so much pain to what we’re watching.

She is aided by some wonderful supporting Indian actors, Tillotama Shome, Sushmita Mukherjee who plays the main madame’s at the brothel. Tillotama has really been knocking it out of the park in term of performances this year in both Sold and Qissa which both played at the LIFF. There are a host of actors of all ages who were wonderful, I especially liked Priyanka Bose who I had noticed earlier this year in Gulaab Gang and who in some ways is playing a similarly street savvy woman again.

The movie also has some fleeting appearances by Seema Biswas, Gillian Anderson and David Arquette who have pretty much have non-consequential roles to support the cause of the movie by appearing in random scenes that probably didn’t take a long shooting schedule but when working in indie’s having these names attached to a property, does help attract audience.

One of the aid workers who tries to get these girl out of these horrific situations is played by Parambrata Chatterjee pretty much reprising his role from Kahaani, charming out of town ladies with his smoothness but this time with added facial hair.

Sold is shot beautifully both in the open skies of Nepal to the seedy streets of Kolkata. The movie has heart and great intentions but unfortunately it might have worked better and had a greater impact if Jeffrey Dean had made this as a short film instead of a feature.

The editing in quite a few scenes is jarring and even the pacing seems off. There are fleeting moments that would need to be delved into a bit more like the men that visit these brothels or the people that manage or traffic girls and although I can understand that these are evil people, there were moments where there was doubt or regret on their faces that could have been explored.

As a topic it’s something that has been explored many times in Hindi cinema, in more (Baaghi, Sadak) and less glamorous (Chandni Bar) ways, it is interesting to see a western point of view and although the movie ends with a positive note, (and even a Great Escape style climax) any straight thinking person would understand that is the point in the movie where fantasy takes over and just how sad the reality of so many Laxmi’s really is.

For more information about Sold’s release date, go to www.soldthemovie.com