It was the opening night of London Indian Film Festival 2014. Now in its 5th year, the festival has become a major platform to showcase the best of what the Indian indie cinema scene has to offer. Running from the 10th to the 17th of July this year, this year’s programme not only features entries from India, but also other countries of South Asia viz. Pakistan and Bangladesh.

It being the opening night at London’s Cineworld Haymarket, the venue was star studded to the brim with familiar celebrities walking the short but shiny red carpet. The celeb list is long, but I have to mention two big names.
Firstly, Gillian Anderson, promoting and supporting her movie – SOLD, which opened the festival this evening.
And secondly, veteran Indian actress Kamini Kaushal.
Gillian looks exactly like she does in The Fall / Hannibal. I know, that’s an obvious statement. But she does. I was lucky enough to be seated just a few rows behind her. Unfortunately selfies weren’t even a remote possibility because she was surrounded by black suit wearing, bald and stout guards. Quite the stereotype for a Hollywood biggie, but there you go. I wonder what kind of guards J-Law has. 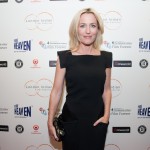 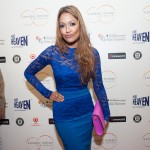 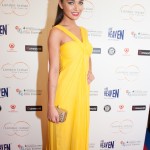 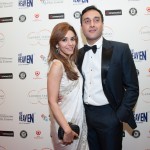 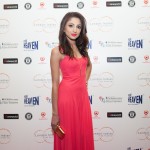 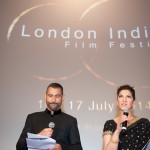 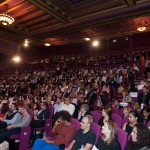 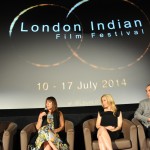 Kamini Kaushal on the other hand, was seated not so far from us. She looks like she hasn’t aged a single day from the last time I saw her in a movie – perhaps in a Dadijee role in Har Dil Jo Pyar Karega.

The opening night movie of the festival was Academy Award winner, director Jeffrey Brown’s SOLD – based on a real stories, is about a girl called Lakshmi who falls prey to a child-trafficking gang, and is smuggled into Kolkata. It is expected that with a subject matter like this, the movie is going to be a hard watch. It did make me feel very uncomfortable in a few portions. And it made me wonder whether this was a good choice as the opening movie for the festival. Previous years have seen such movies such as Gangs of Wasseypur and Monsoon Shootout as the one’s opening LIFF. Having said that, it is a compelling movie which tells it tale with little dashes of humour, and yet doesn’t shy away from punching you in the gut with its harsh imagery. More on the movie will be discussed on the Upodcast review.

And as the lights came up after the end credits, the hall errupted with a loud applause for the makers of this movie. There was a Q&A session held after the movie. And to say the least, it was the most awkward public situations I have ever witnessed. Not because of the topic of child trafficking being discussed. But because of the level of stupidity and banality of the questions that were being thrown at Jeffrey Brown and Gillian Anderson. The usual keywords of “vision”, “preparation”, “feel” were thrown around. Let’s just say, the Q&A pretty much drowned any impact the movie had.

And as we walked out of the auditorium, a good friend of mine introduced me to ace cinematographer and director – Santosh Sivan. And yes, I have been making plenty of noises about that on social networks. And on my way out, I did catch a glimpse of Amy Jackson looking very yellow (because she was wearing a yellow dress), and (if you remember) popstar Raageshwari (of Duniya fame), looking very white (because she was very pale, and wearing white and shimmery). There was some noise about an afterparty being held, but in the words of the great Sweet Brown, “Ain’t nobody got time for that”.