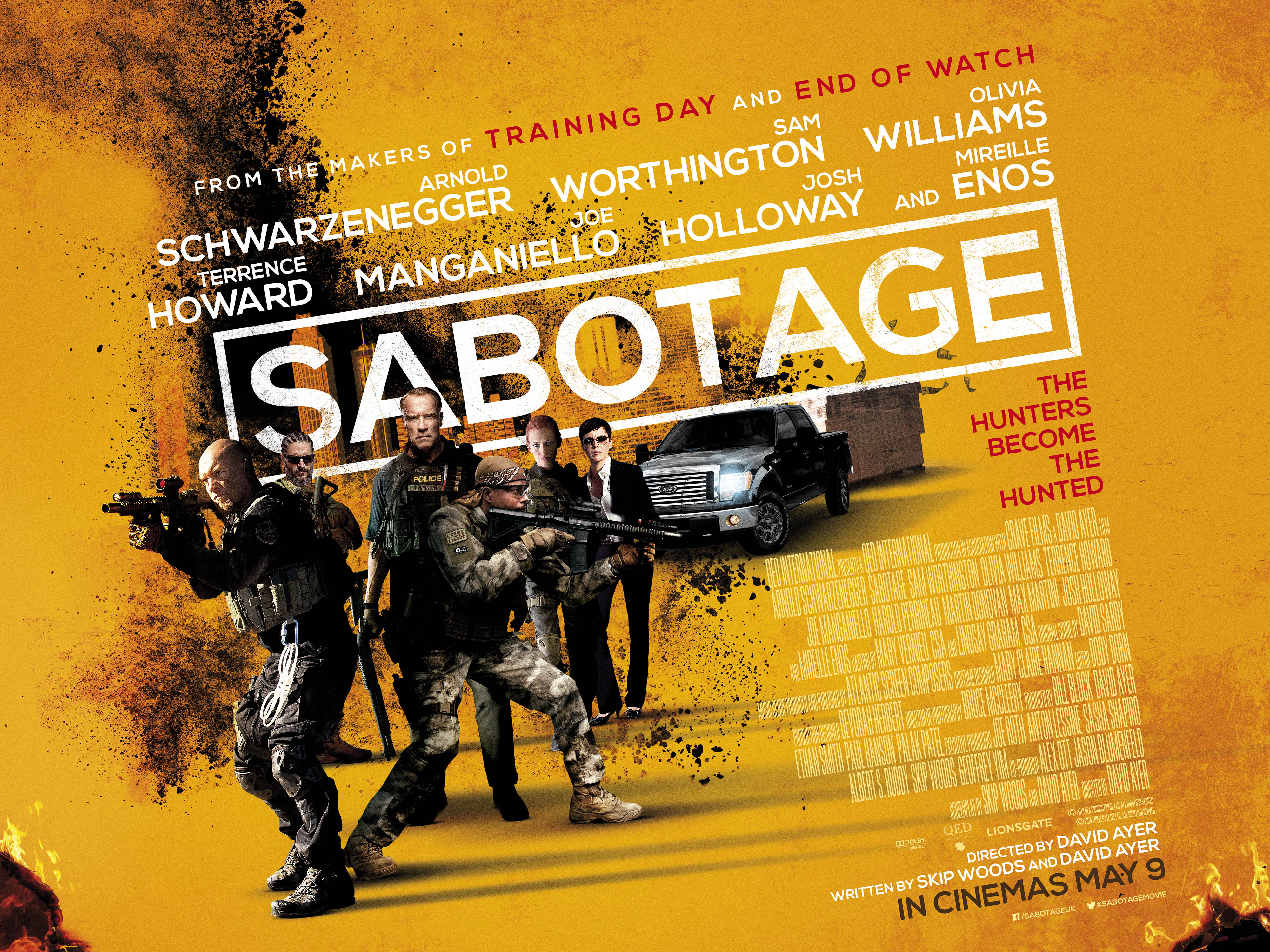 Good ‘ole Guvernator has been slowly coming back to the big screen lately, and he continues to work with exciting filmmakers and in ensembles instead of going solo.

This could be mindless fun or just a paint by numbers action movie with a former action legend.

I did quite enjoy the Last Stand but apparently Sabotage hasn’t done too well at the US box office and received quite terrible reviews.

Here are the new TV spots so you can be the judge: 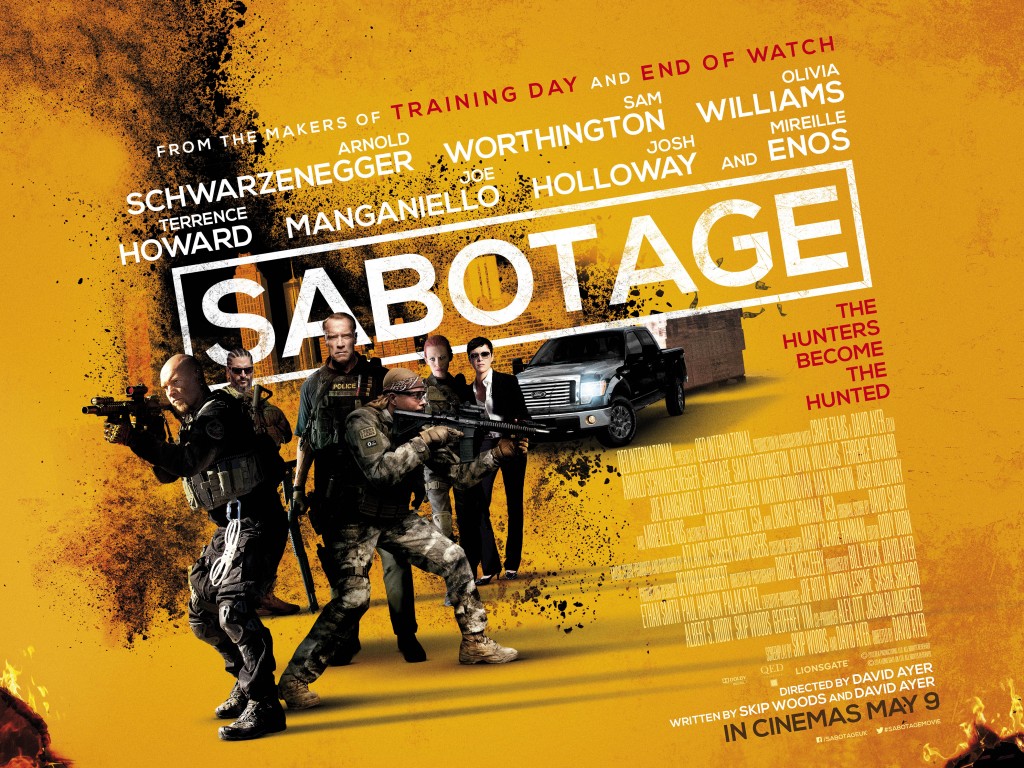 Filmmaker David Ayer, acclaimed for his gritty and realistic portrayal of life behind the blue line in End Of Watch, reinvents screen legend Arnold Schwarzenegger, as he directs SABOTAGE, an action thriller that follows one of the best assault teams on the planet, an elite special operations team of ten DEA agents.

The elite team executes what appears to be a tactical raid on a cartel safe house, which in fact, turns out to be an elaborate theft operation, pre-planned by the members of the DEA squad itself. After hiding $10 million in stolen cash, the rogue agents believe their secret is safe – that is until someone begins methodically assassinating members of the team, one-by-one. As the body count rises, everyone is suspect, including members of the team itself.