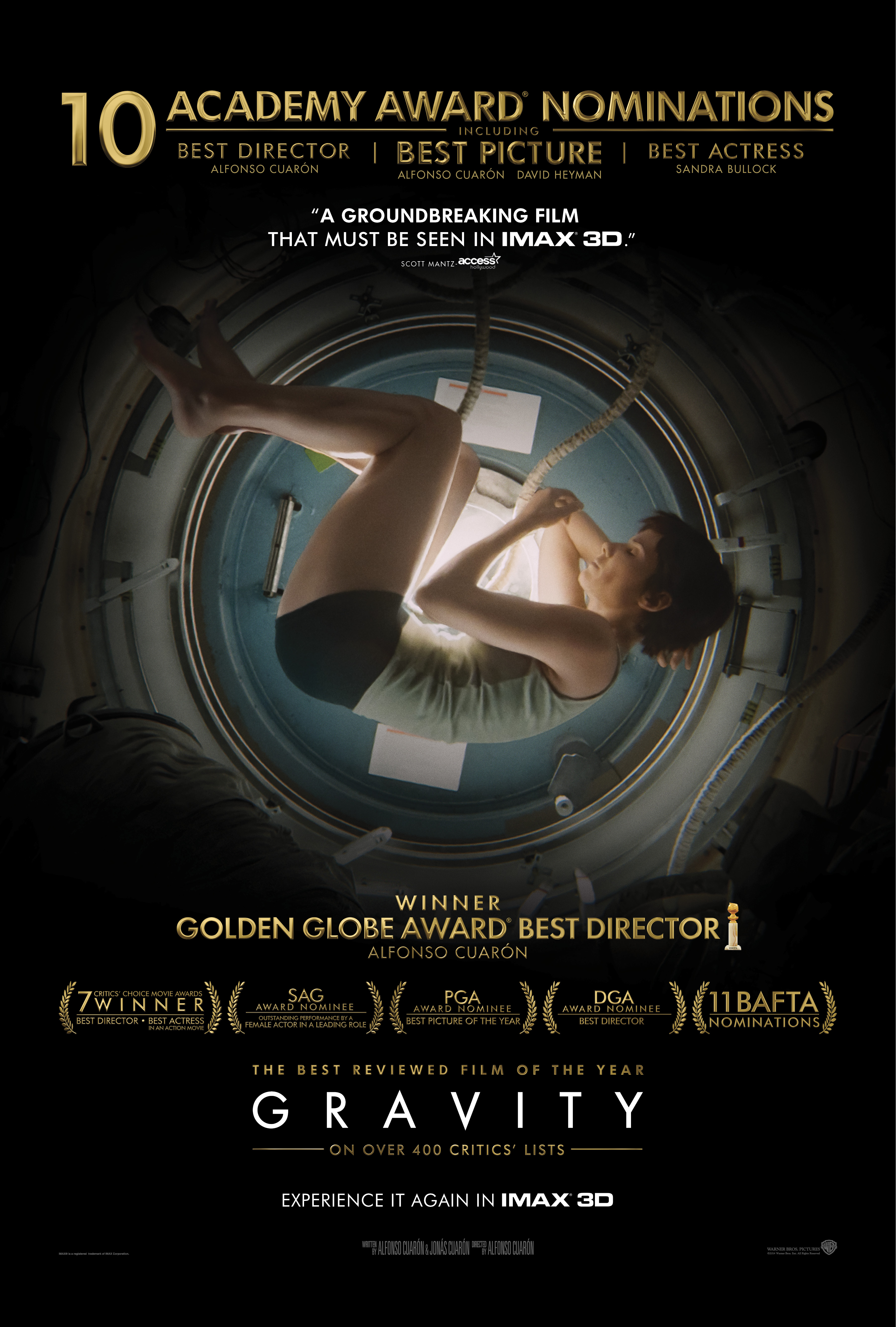 I feel I haven’t professed my love enough for Gravity probably because when I got around to actually watching it, it was already in the last days of it’s theatrical run, and it seemed that I wouldn’t have anything else to add to the all round acclaim the movie has received.

Now that it’s been nomimated for a ton of academy awards and has a new run in Imax theatres, the producers have come up with a new poster  which looks pretty cool, it does have a bit of a nod to Kubricks 2001: A Space Odyssey but then again so does the movie.

Since opening in October 2013, the film has become the highest-grossing IMAX release of 2013, both domestically and globally. It’s also the 3rd most popular IMAX DMR® film of all time worldwide.

Defintley worth another rewatch in Imax, if you can get your hands on some tickets!