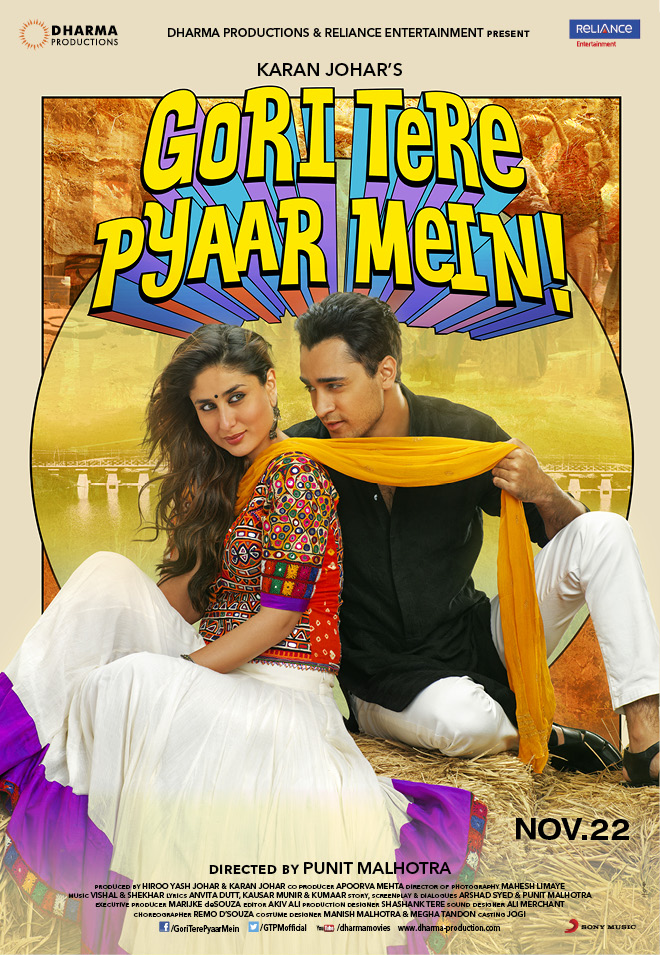 Kareena Kapoor and Imran Khan were in London promoting their forthcoming rom-com Gori Tere Pyaar Mein and we had the chance to speak to them face to pretty face (you can decide who has the pretty face for once).

Both stars were on a marathon promo tour and were dead shattered at the point we got to meet them, but Bebo put her hair up and Imran was still being very chatty.

Here’s our Video Interview with Kareena and Imran:

Since unlike most of our interview this is on video, we thought we would write up our thought in the post.

So here goes: “5 Things we learnt while speaking to Kareena Kapoor and Imran Khan”

Meeting Kareena Kapoor after a couple of years, her magic has only amplified, even if she consider herself to be “BLAAH, WHATEVER”

Imran told me this really interesting story about how the weirdest thing for him is to see when they have mirrored the image in some shots. Apparently one of the final scenes in Ek Main Aur Ekk Tu was shot back in India whilst most of the movie was shot in Las Vegas, so they had to do everything in a mirror image and then edit it into the movie, it was one of his oddest filmic experiences.

Imran Khan was the first guy in all our interviews to step into the press room and come say hi to everyone and ask how were were doing and what we thought of the new promo of Naina.

Imran and Kareena genuinely get along, there is much more ease on screen and off now then there ever was during Ek Main Aur Ekk Tu.

Check out Kareena’s face at 2.54 when I tell her Twitter is a scary place. PRICELESS!

Do Share and Like the video if you can, hopefully if the format is liked, we can do more of these.

BIG BIG BIG thanks to our awesome Twitter Friend @JessicaSisk for all the help on the video editing, we were lost without her! Give her a shout on twitter if you liked the video