When we met the Kochadaiiyaan team for a press conference back in April 2012 producer Murali mentioned: “Kochadaiiyaan is going to be a very different animation film with Indian and international technicians. Even better than Tin- Tin. And first of the kind to use photorealistic technology., making it more realistic”

Since then we haven’t heard too much about Kochadaiiyaan and today the first teaser has dropped and is frankly quite dissapointing.

Animation has never been of too high a standard, because most of the times it is still seen by Indian audiences as something meant for children and not adults. And even though there have been collaborations with even with Disney, it has never been an attractive proposition on the box office. 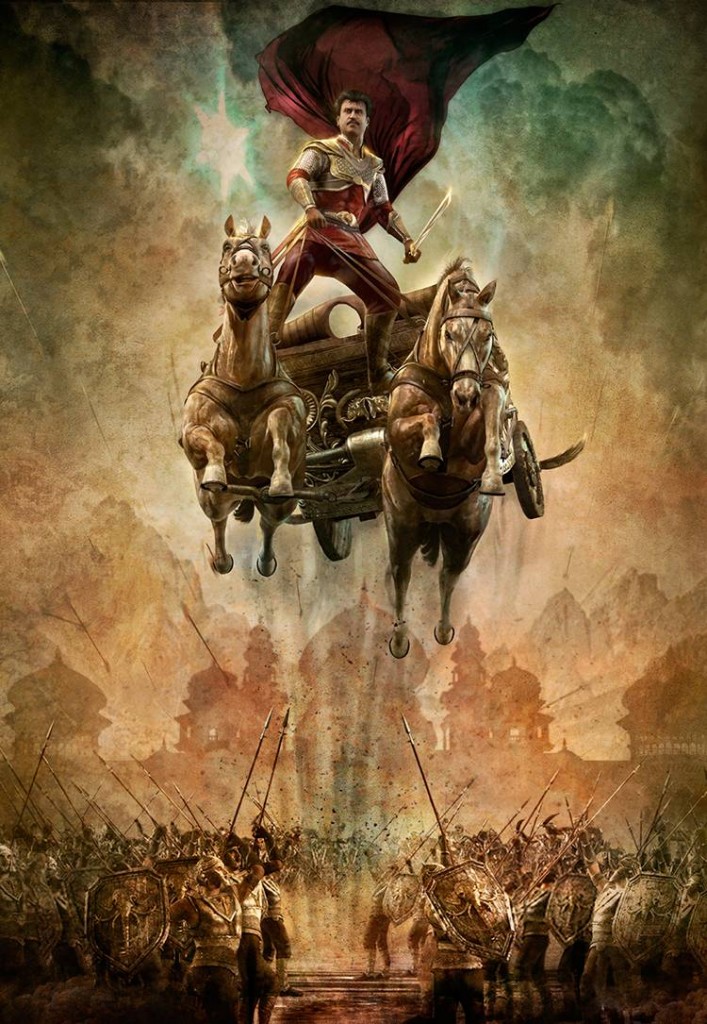 According to Producer Mural the movie is “a fantasy film with an indian subject, which has been carefully done to attract international audience”. Director Soundaryha (Rajnikanth’s daughter) added that Photorealistic Animation was used because: “It immortalises my father and everything is really created. He plays a warriorin the movie. And we wanted him to do something that we as a fans would want to see. Everyone wants the sound and vision to be spectacular”

We know this is just the first shots we are seeing but they are quite dissapointing shots, the realism spoken about still needs quite a bit of work and what we see doesn’t look much better than a video game (an old and cheap video game for that matter).

Deepika Padukone, who we don’t see in the teaser, is paired opposite Rajnikanth, which i hope looks less creepy than it sounds and one place where having the movie animated migh pay off.

Here is the press release which next to the actual teaser looks like someone talking about an entirely different movie:

Film aficionados across the world are gearing up for the futuristic fantasy event of the year with the release of the eagerly awaited film Kochadaiiyaan – The Legend worldwide in cinemas this December 2013.

Poised as the grand finale film of the year, Kochadaiiyaan will rival and transcend the CG capabilities utilised in such Hollywood masterpieces as Avatar, Tin Tin and Beowulf. The avant-garde film features the unique visual mastery of Photorealistic Performance Capture technology, a first within the realm of Indian film-making.

Kochadaiiyaan is an epic dramatisation of good versus evil starring South Indian megastar Rajinikanth who is cast as the archetypal superhero in a dual role. Also starring in the grand production are Indian A-listers Deepika Padukone, Jackie Shroff and South India’s leading stars R. Sarathkumar, Nazzer, Aadhi, Shobana and Rukmini.

Providing the musical score is maestro and Oscar-winning composer A R Rahman, whose list of credits includes a BAFTA, a Golden Globe and two Academy Awards for his outstanding musical compilation for the multi-Oscar winning film Slumdog Millionaire. The story, screenplay and dialogues have been penned by K S Ravikumar and the lyrics by National Award Winning lyricist Vairamuthu.

Kochadaiiyaan stemmed from the grand vision of the director Soundarya Rajnikanth Ashwin, a talented and forward thinking filmmaker who is well versed with various trend setting film techniques. She says: “My ambition has always been to immortalise my father and bring the legendary Rajinikanth that audiences around the world adore in an ‘avatar’ he hasn’t ever been seen in nor experienced.

During the making of Kochadaiiyaan, I began to realise that through the medium of this film, we had to embrace a much broader aim which had the potential to be a game-changer for Indian cinema on a global level.

I have been passionately involved in film animation techniques and production for the last six years and for Kochadaiiyaan we wanted to do something unique and to create a new cinematic experience for India. To achieve this we decided to use Photorealistic Performance Capture technology which allowed us to have unlimited creativity on all grounds from building lavish sets, directing expansive fight sequences and creating elaborate costumes. Through the film, we will be able to transport audiences back to historic India and provide them with a much broader sensory experience.

Kochadaiiyaan has created not only firsts in Asia but also on a world level through the use of the technology. What we achieved with the support of our technical partners in the UK, USA, India and China, has made this project a truly international venture and we are sure that Kochadaiiyaan will set the path for Indian cinema’s next 100 year journey.”

The British funded project by reputed producers Mediaone Global Entertainment Limited and the AIM listed company Eros International has been shot exclusively at Pinewood Studios in the UK with a team of world-class technical experts including the London based Centroid Studios, a state of the art facility for Full Body Motion Capture, which have worked on various famous Hollywood productions including the recent Brad Pitt starrer World War Z, Pirates of the Caribbean, Ironman 2 and Harry Potter, and Counter Punch Studios from Los Angeles, who have been behind successes such as Beverly Hills Chihuahua. They worked in collaboration with Faceware Technologies, who have worked with The Mummy 3 and The Curious Case of Benjamin Button for the Facial Capturing technology. A team of technical experts from South India and China have worked on the animation and the overall completion of the project.

India’s first Photorealistic Performance Capture film Kochadaiiyaan – The Legend is not only set to transcend boundaries creating a market first in the realm of world cinema but will cement Indian Cinema’s place indefinitely within the global film fraternity.