Dial M for Murder 3D – a review in 2 dimensions 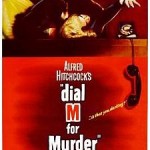 Dial M for Murder 3D. During what has become my unofficial Hitchcockathon at the British Film Institute this month, I had the chance to watch a restored version of Alfred Hitchcock’s 1950s classic in 3D. Possibly a surprise given my aversion to this technique/technology but with such a legendary film-making figure using it way back when, it proved too tempting to resist. Let’s start with the basics (spoiler alert) of plot: ex-tennis player Tony Wendice (Ray Milland) plots to have his adulterous wife, Margot Wendice (Grace Kelly) killed by blackmailing an old friend from university days, C.A. Swann (Anthony Dawson). The scheme is elaborate and has taken months of planning and preparation. Confident his wife will be killed and that “the perfect murder” will have been committed, Tony’s dastardly plan is foiled when Margot kills the intruder, setting off a chain of events that lead ultimately to his capture.

Hitch wasn’t a huge fan of this film, making it because he was under contract and because another project had fallen through. Whether this influenced his use of 3D or not, I can’t say, but it is used sparingly and sensibly. I was certainly more aware of a lower camera angle to take in things like tables and lamps in the foreground, with the actors further away. And of course there are memorable scenes such as that where Grace Kelly reaches behind her to grasp the scissors. But that aside, we’re not “treated” to particularly staged shots as such and the movie feels very natural. It could well be that in choosing to keep the action 95% in the apartment (it was an adaptation of English playwright Frederick Knott’s successful play) Hitchcock’s hand was forced in minimal use of 3D. From his interviews with Francois Truffaut, we know that he chose not to open-up the film with needless outside shots of people approaching the apartment, or being taken in a police car to the courtroom. In fact there isn’t even a court room for that particular sequence.

With news that ticket sales for 3D films have been declining – presumably in part due to less content – I wanted to re-examine the subject and Dial M was the perfect opportunity. So, where does this leave us with a new but old take on 3D? Well, when it’s used like this, I cannot complain. It is when things start to feel contrived that I have problems and the sense of gimmickry overrides the natural flow or appearance of the film. And post-conversion is of a course a no-no in my book, serving nobody’s best interest. So, what are the motivations for audiences in watching 3D movies and more importantly, what are the motivations for film-makers wanting to use 3D? I remain convinced that viewers do not necessarily expect 3D in all movies and moreover, that entire movies need not be shot this way. If it was good enough for Hitch to use it in only 1 film and even then in very few set-pieces, then I think that speaks volumes. What is also clear, is that sales of 3D televisions are relatively poor. Even those that have sold, have not all been bought purely with 3D in mind – the purchase cycle of simply buying a new and Smart TV will take some credit here. Perhaps consumers just aren’t ready to sit at home and wear glasses for occasions where they are habitually used to not doing so.

This leaves moviemakers and what they want to gain by using 3D. Quite clearly we have the ultimate exemplar in James Cameron’s Avatar and some stunning scenes in Ang Lee’s Oscar 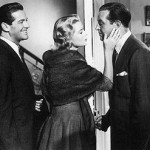 winning Life of Pi. However I would argue that one is a good film and one isn’t. In the case of Avatar, we have a (perhaps justifiably) hyped Fern Gully where the effects come thick and fast, but tellingly, is not a good experience in 2D. With Life of Pi, we have a more measured use of the effect and a darned strong film that will still work in 2D due to its superior story. 3D alone will not a good movie make; there simply needs to be substance over style. If Christopher Nolan – who knows a thing or two about making good movies that also make a metric f*ck ton of money – won’t work in digital, let alone 3D, how far can we expect the landscape to change? Martin Scorsese has of course released Hugo and has repeatedly said he is interested in the medium, but appears to have gone no further with it. For a technology that has been around for decades, surely we would have seen literally thousands more features employing three dimensions? We haven’t and what we have had has been generated in fits and starts – a few years where 3D is employed more heavily and then fallow periods where it’s back to usual.

I’ll theorise that when studios have conducted market research over the years and have perhaps asked “what do you want to see more of in movies?” cinema-goers haven’t replied in their droves “oooh, definitely more movies in 3D please”. So why this push over the last few years? I’ll refer to a recent interview with James Cameron where he talked about making 3D movies where you don’t need to wear glasses (which would be a great start) but also in which he talked about his own company pushing that technology into theatres. I think this is perhaps the biggest clue of all: money and James Cameron’s belligerence in using technology from which he stands to make even more of it. There’s just no pleasing some people is there? Don’t forget that the third dimension costs more (of our!) money and is also no guarantee of a great film. I personally don’t want to ban movies in 3D, but at least give me the choice please. And whilst I won’t be betting against James Cameron, I’ll wager we have a good many years ahead of us before he gets his wish.

Getting back to the film that started this verbal meander, I’d like to recommend everyone to watch it – 3D or not. Grace Kelly is as beautiful as she ever was, the story is clever and Hitchcock gives us genuine will he-won’t he? moments, stringing the audience along right to the very end. Measured use of 3D adds a little bit of something to an already great film and if you’re in France, this will be the first time those old enough to watch the original get to see it as the director intended. For some reason, the French theatres at the time couldn’t be bothered to spend the necessary money. Perhaps there’s a lesson in that, from the nation that gave birth to cinema.