Never been a huge fan of Indian Television, which are formulaic, melodramatic family dramas that keep going on and on! But there was always potential in the vast audience and talent available and it seems that legendary actor Anil Kapoor has finally tapped into it with the adaptation of “24”, produced by him which also marks his debut on the small screen.

Following the format but not the story line of the massively successful TV show, which ran for 9 seasons and ended every episode with a cliffhanger, we will see Anil Kapoor playing Jai Singh Rathod together with Anupam Kher, Tisca Chopra, Shabana Azmi and Rahul Khanna.

The show was a run away success in the wake of 9/11 and it’s tough, non negotiating brand of counter terrorism appealed to a global audience, but the concept got stale after a couple of seasons so it’s going to be interesting to see what director Abhinay Deo (who we interviewed when he was in town for promoting his debut Delhi Belly) and writing team of Rensil D’Silva and Milap Zaveri do with the format and if they’ll be able to breath live to serialized story telling in India.

Already the production values and cinematography looks like a vast improvement from what we usually see on South Asian Channels.

Here is the first trailer and poster. We’re just happy to see more of Anil Kapoor on screen, time to dust off that Lakhan costume we still have hidden in our wardrobe somewhere. 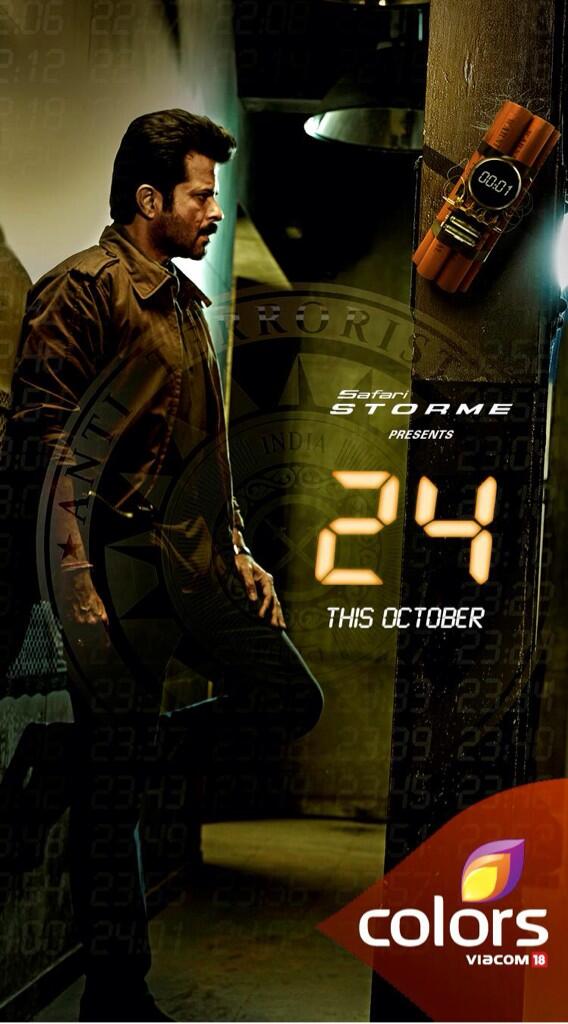