If per chance you are looking to send your favorite movie and Podcast host some well deserved Xmas gifts, then the Man Of Steel Blu Ray is probably a sure shot.

Available to pre-order from August 23rd in the UK, the disc contains over 4 hours of special features. Although streaming your movies has become a lot more popular over here as in the US, there still aren’t any streaming services that offer director commentaries or any other of the behind the scene goodies.

We loved the Zach Snyder reboot and we waxed lyrically about it on our Man Of Steel Upodcast with special guests Paresh from the CurrySmuggler (Check out their awesome season finale DJ showdown by going here) and Sujoy aka @93ek.

Here are some pack shots and some more info on the contents of the discs: 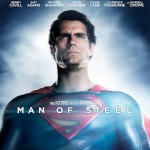 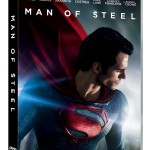 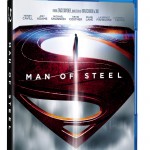 The fate of mankind is in the hands of one man when “Man of Steel”™ arrives onto Blu-ray 3D, Blu-ray 3D Steelbook, Blu-ray, DVD, and Digital Download on 2nd December from Warner Bros. Home Entertainment. In “Man of Steel,” Clark Kent is forced to confront his extraterrestrial past and embrace his hidden powers when Earth is threatened with destruction.

From Warner Bros. Pictures and Legendary Pictures comes “Man of Steel,” starring Henry Cavill in the role of Clark Kent/Kal-El under the direction of Zack Snyder.

“Man of Steel” is produced by Charles Roven, Christopher Nolan, Emma Thomas and Deborah Snyder. The screenplay was written by David S. Goyer from a story by Goyer & Nolan, based upon Superman characters created by Jerry Siegel & Joe Shuster and published by DC Entertainment. Thomas Tull, Lloyd Phillips and Jon Peters served as executive producers.

The Blu-ray 3D, Blu-ray 3D Steelbook, Blu-ray and DVD will include UltraViolet which allows consumers to download and instantly stream the standard definition theatrical version of the film to a wide range of devices including computers and compatible tablets, smartphones, game consoles, Internet-connected TVs and Blu-ray players.

PRE-ORDER IN THE UK FROM 23rd AUGUST