How I live Now Trailer 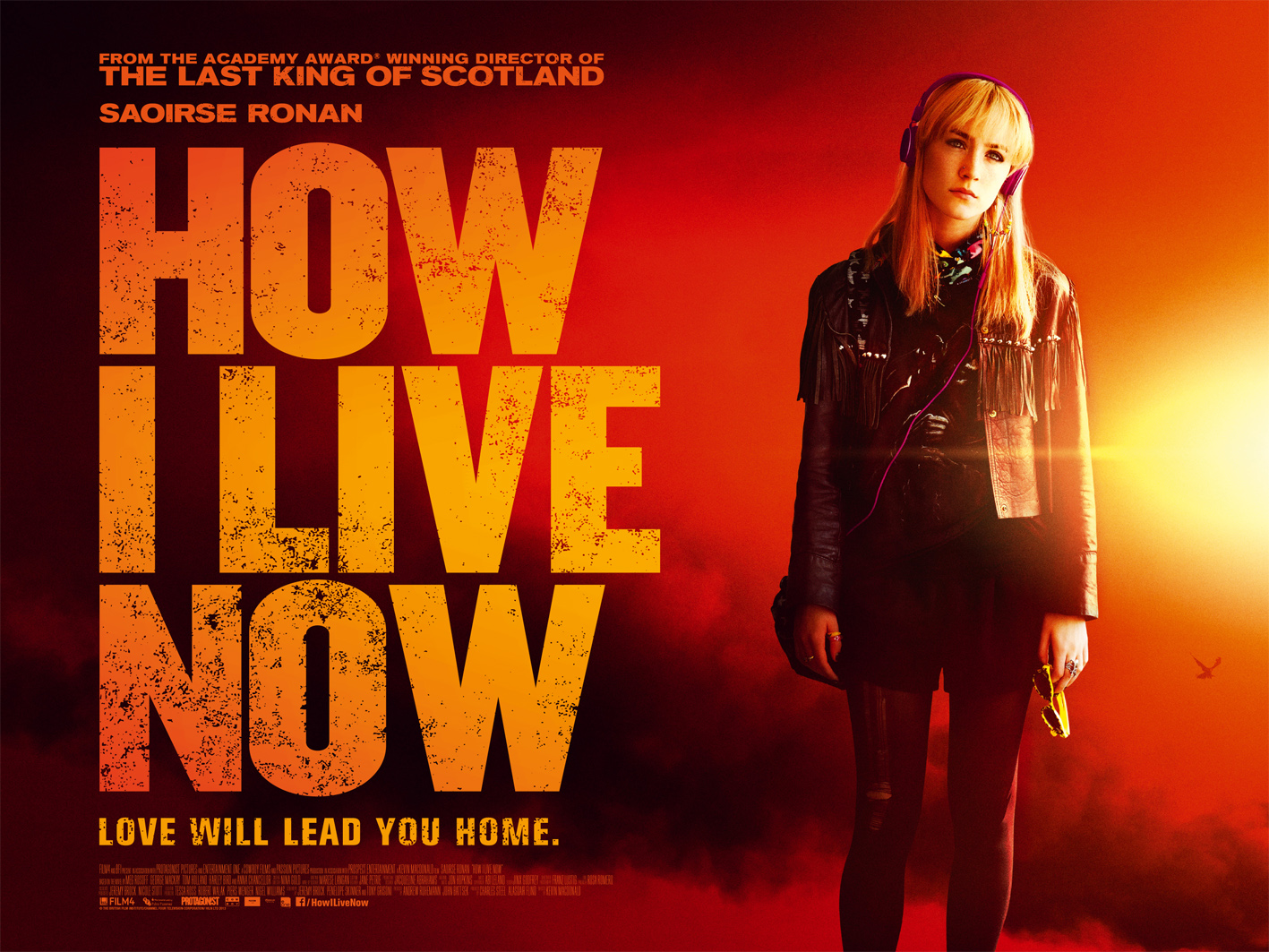 Following the trend of adapting Young Adult novels, here is the trailer for Kevin Mcdonald’s How I Live Now starring Saoirse Ronan which starts out like a coming of age story set in idyllic English country side which turns into something quite different midway.

Saoirse is definitely a very talented young lady. The novel How I Live Now written by Meg Rosoff and ended up winning quite a few awards, and of course Kevin Mcdonald won an best Documentary academy award back in 2000 but most people probably remember him for The Last King Of Scotland.

American teenager Daisy (Saoirse Ronan) has attitude to burn. Her mother died giving birth to her, her dad has sent her away for the summer to live with her aunt and cousins in the English countryside. Defiant and unhappy, city girl Daisy refuses at first to warm to her bucolic new surroundings or the three cousins she’s meeting for the first time: 17-year-old Edmond (George MacKay), 14-year-old Isaac (Tom Holland) and 8-year-old Piper (Harley Bird).

But although it looks to be crumbling around them, her cousins’ farm, Brackendale, is an enchanted place. With their mum (Anna Chancellor) engrossed in her role as a peace negotiator, they have the run of this romantic bohemian idyll to themselves along with their friend Joe (Danny McEvoy), two dogs and a goat. Slowly, Daisy begins to thaw. Plus, there’s something about her quiet, watchful older cousin that not only intrigues Daisy, but stirs something deep inside. Before she knows it, she’s falling madly in love with Edmond, and he with her…

Their perfect summer is blown apart by the sudden outbreak of a 21st century world war, leaving them isolated and forced to fend for themselves. When they are violently separated Daisy must embark on a terrifying journey in order to be reunited with the boy she loves. Edmond is never far from Daisy’s mind but as her journey to find him becomes more desperate, the idea of what she may or may not find consumes her consciousness and haunts her soul.

How I Live Now is the big-screen adaptation of the award-winning young-adult novel by Meg Rosoff, directed by acclaimed, Academy-Award winning director Kevin Macdonald (One Day In September, Marley, The Last King of Scotland) and starring Academy Award nominee Saoirse Ronan (Atonement, The Lovely Bones, Hanna) as Daisy. The film also stars George MacKay (The Boys Are Back, Hunky Dory) as Edmond, Tom Holland (The Impossible) as Isaac, Harley Bird (‘Peppa Pig’) as Piper, Danny McEvoy as Joe and Anna Chancellor as Aunt Penn.

Macdonald directed from a screenplay by Jeremy Brock (The Eagle, The Last King Of Scotland), Penelope Skinner (‘Fresh Meat’) and Tony Grisoni (Fear And Loathing In Las Vegas, ‘Red Riding Trilogy’). The film is produced by Charles Steel and Alasdair Flind of Cowboy Films, and John Battsek and Andrew Ruhemann of Passion Pictures, and was co-developed by Film4 and the UK Film Council and co-financed by Film4 and BFI Film Fund. Protagonist Pictures is selling How I Live Now internationally. Entertainment One, will distribute the film in the UK.