We’re The Millers Trailer and Poster

Jason Sudeikus and Jennifer Aniston were the best part in the mediocre Horrible Bosses, this time they are back directed by Rawson Marhsall Thurber, director of Dodgeball, which is one of my favorite comedies of recent years and the trailer looks pretty hilarious.

I don’t know who buys Jennifer Aniston as a stripper but as suburban mom who is helping out small time pot dealer, Jason Sudeikus, trying to haul a huge amount of weed for Ed Helms, she definitely convinces in a pair of khaki mommy pants.

Surrounded by a great cast consisting of Nick Offerman (Ron F*cking Swanson), Emma Roberts and Will Poulter who was great in Son Of Rambow.

This looks much better than a regular studio churned comedies of which we see so many lately. Let’s see if it manages to reach Dodgeball levels of epicness.

“David is a small-time pot dealer whose clientele includes chefs and soccer moms, but no kids—after all, he has his scruples.  So what could go wrong?  Plenty.  Having been jumped by a trio of gutter punks who steal his stash and his cash, they leave him in major debt to a drug lord. In order to wipe the slate clean, David must now become a big-time drug smuggler by bringing Brad’s latest shipment in from Mexico.  Twisting the arms of his neighbours including a cynical stripper, a wannabe customer and a tatted-and-pierced streetwise teen, he devises a fool proof plan.  One fake wife, two pretend kids and a huge, shiny campervan later, the “Millers” are on a roadtrip that is sure to end with a bang.” 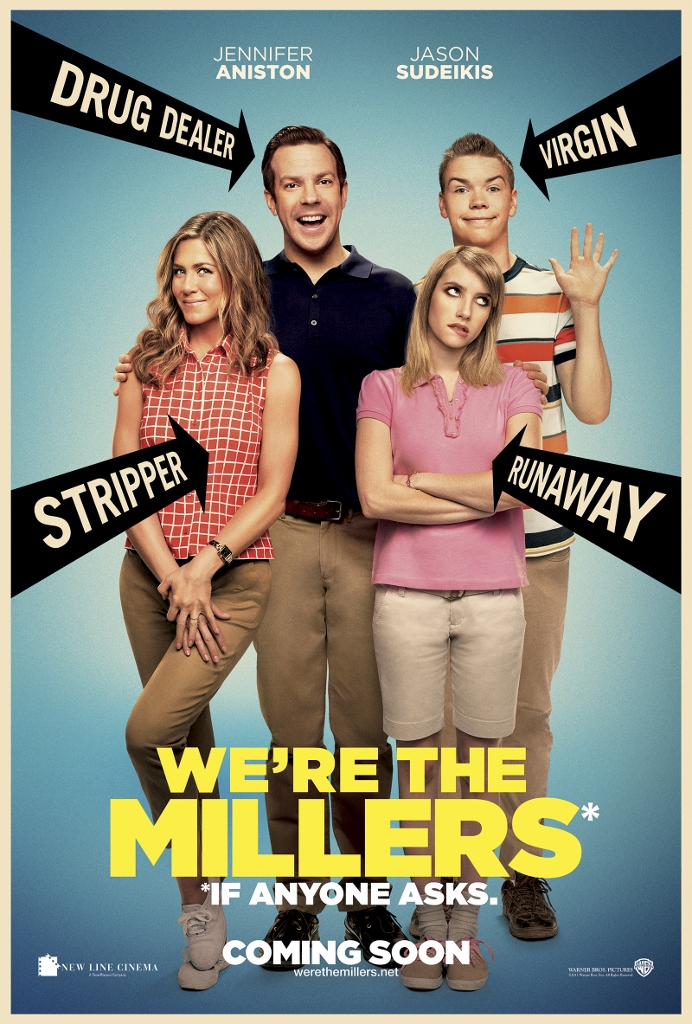