We’ve been fortunate enough to have been covering the London Indian Film Festival for the past couple of years and we just received exciting news that in July the festivities in London are starting again!

Previous years we chatted with Abhinay Deo and Imran Khan for Delhi Belly as well as Anurag Kashyap for Gangs Of Wasseypur!

Although the full program isn’t out yet. At least we can mark down our calendar with this press release:

Now Europe’s largest platform for Indian cinema London Indian Film Festival returns to the capital celebrating the exploding movement of Indian Independent cinema. The fourth annual festival will run from 18-25 July, bringing to UK audiences a rare selection of cutting-edge films from some of India’s hottest independent talents. Going way beyond Bollywood, the festival presents a kaleidoscope of new films that challenge, shock, generate debate and present a more realistic view of the Indian subcontinent today, in all its diversity.

The festival will stretch city wide, opening in the West End at the Cineworld Haymarket and continue at BFI Southbank, Cineworld Shaftesbury Avenue, Wood Green, Wandsworth, the O2 and ICA. For the second time the festival is also teaming up with the Tate Modern.

The London Indian Film Festival also has films and events for a wide range of audiences and includes industry events at BAFTA, exploring Indian/UK co-production and specially commissioned music and performance pieces.

A diverse range of World and UK Premieres will be screened including red carpet opening and closing nights of the hottest previews.

The latest confirmation is a centrepiece master class by actor Irrfan Khan, one of the very few Indians to straddle Hollywood, British and In 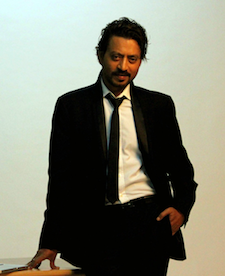 dian cinema. Khan has come to world attention over the last 25 years with an impressive range of roles from under-dogs to action heroes, long distance runners and corporate megalomaniacs.
His memorable film roles include Oscar winners Life of Pi, Slumdog Millionaire and Salaam Bombay, BAFTA winner The Warrior, The Amazing Spider-Man, and Bollywood hits Maqbooland Paan Singh Tomar. The festival will be honouring this versatile actor with a dedicated evening at the BFI Southbank on Saturday 20th July.

The London Indian Film Festival’s full programme will be released on 18 June.

We are delighted to announce that our major sponsors this year will include O2 International Sim, and the festival is also grant supported for the first time with Lottery funding through the BFI’s Film Festival Fund.

audiences, but kicking open the door to the rich diversity of independent cinema emerging across the Indian

subcontinent today. These films are accessible to everyone! It’s also exciting to see some of the best of the

filmmakers we have helped champion, now starting to be recognised on the world stage, where they belong. We

are very proud to be showcasing these new films here, first, in London, surely the world’s number one city of

For more information on the festival please visit: www.londonindianfilmfestival.co.uk