Raanjhanaa Trailer Breakdown: A Love Story for All Ages

Honestly there hasn’t been much to talk about going on in Bollywood worth talking about. Lately the release schedules of the bigger and more exciting movies has been consistently been pushed back in the 2nd half of the year, banking on the bigger holidays like Eid and Diwali. That doesn’t mean we don’t get some nice surprises from unexpected corners (Kai Po Che, Special 26, Jolly LLB), but 2013 has been really dire in terms of Box Office even with Chasme Baddoor and Race 2 being the only clean hits.

So the trailer of Raanjhanaa is very refreshing, not only as it seems something different but because it seems to focus on that one element that the Southie Remake/Massala/ Punchy Dialogue movie making has forgotten and that is to give the audience some sweet sweet romance. 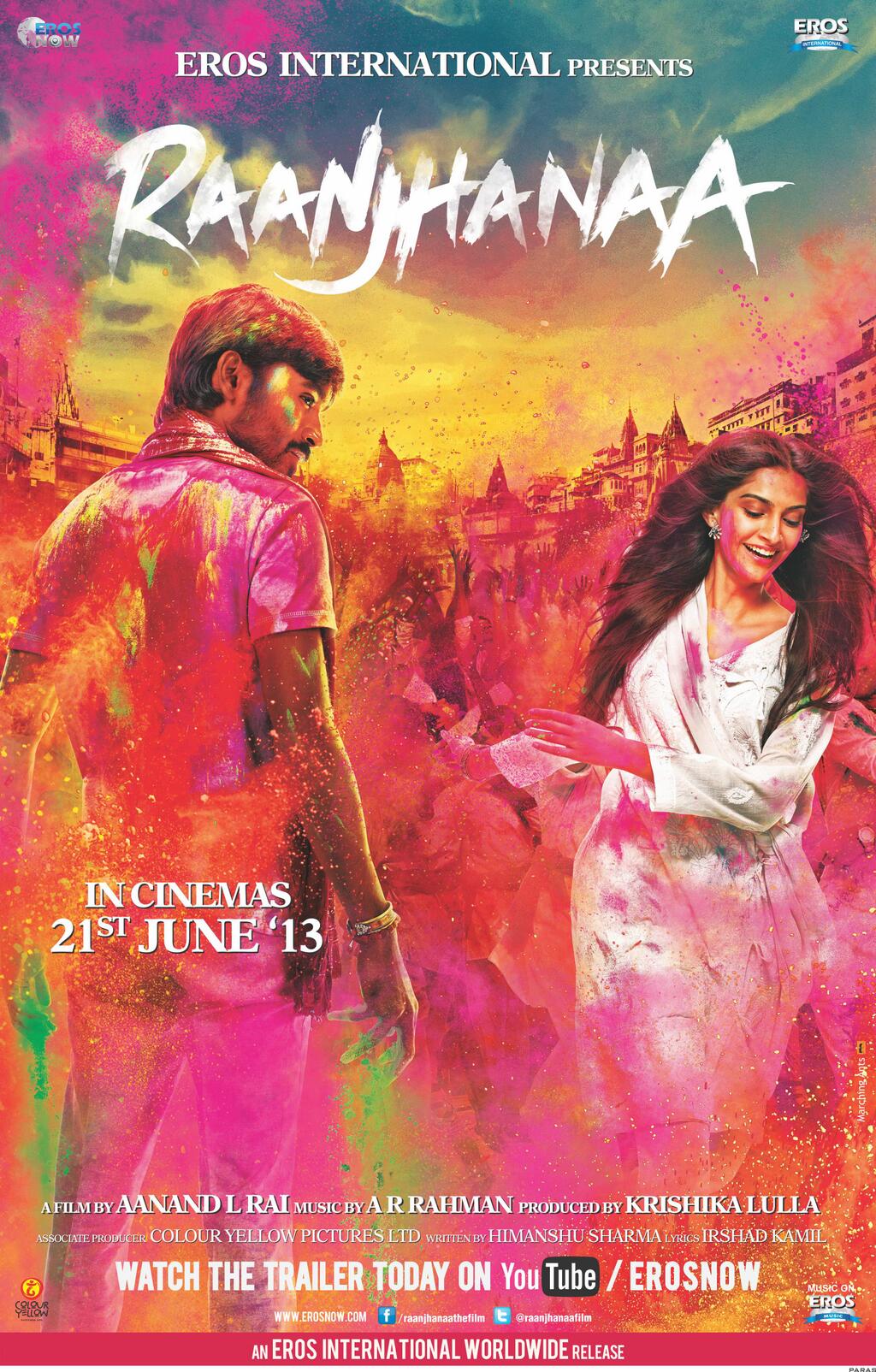 Although the guy stalking and following a girl trope feels icky especially recent news stories in India, a guy like Dhanush really can’t be a physical threat to anyone.

Abhay Deol makes an appearance too which I wasnt aware of, didn’t he and Sonam have some sort of tiff during the shooting of Aisha?

The movie looks very colorful and sweet and the thing that has me even more excited is of course the soundtrack being composed by AR Rahman.

What do you guys think of the trailer of Raanjhanaa? Will this be the movie where Sonam Kapoo blows our minds with her acting ability?