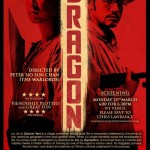 Coming out this Friday, a new (but 2 years old…) Donnie Yen movie: Dragon / Wu-Xia.  We love Donnie Yen at Upod so getting to see this was a treat.  Spoilers below; you have been warned 🙂

Liu Jin-xi (Yen) is a village craftsman whose quiet life is irrevocably shattered by the arrival of two notorious gangsters in the local general store. When Liu single-handedly saves the shopkeeper’s life, he comes under investigation by detective Xu Bai-jiu (Kaneshiro). Convinced that

Liu’s martial arts mastery belies a hidden history of training by one of the region’s vicious clans, Xu doggedly pursues the shy hero—and draws the attention of China’s criminal underworld in the process.

Originally released in 2011, I presume it was withheld from release whilst it was adapted and re-edited for Western audiences, but I don’t know this for a fact.

So, that’s the basics out of the way; now for my 2 cents.  I really liked this movie and I’m not at all a real fan of martial arts / Kung Fu / wires etc. It was great to see Donnie Yen in something outside of Ip Man and the somewhat, ahem, patchy Dragon-Tiger Gate.  To be fair, for such a big star, I really can’t say I’ve seen anything of Takeshi Kaneshiro (yeah I know, go see House of Flying Daggers etc), but I got shades of Johnny Depp‘s character in Sleepy Hollow. I also got a strong hint of the Guy Ritchie Sherlock Holmes movies and any episode of CSI that you care to mention.  And these are both positive things imo.  Where Dragon is very strong is in its portrayal of Liu, affording plenty of backstory and development.  Conversely, I felt a lack of the same with Xu and this left me wanting more.  I just wasn’t quite convinced as to why he had to be so dogged in unmasking someone and ultimately setting off a deadly chain of events.  This is a small pick at what I think is a fab film – it’s snappy at under a hundred minutes, great action sequences and a very neat story of two quiet men with differing beliefs in the physical and metaphysical worlds.

Check out the trailer here or better still, get to a cinema and watch it on the big screen.