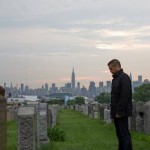 DEAD MAN DOWN exploding into cinemas on May 3

When the body of a gang member is discovered in the freezer of crime boss Alphonse’s (Terrence Howard) mansion – a clear message has been sent… or has it?

As the gang reacts, members Darcy (Dominic Cooper) and Victor (Colin Farrell) take it upon themselves to dig further into who is after Alphonse. As a further complication to the gang, neighbour Beatrice (Noomi Rapace) discovers Victor has a dark secret and contracts him into a scheme to seek out her own vengeance. With the violence escalating Alphonse begins to suspect that revenge is closer than he thought.

The cast and director should ensure this one is a cracker and from the looks of the trailer there’s plenty to get stuck into!

Check out the trailer here: