Not only is Leonardo Dicaprio teaming up with Baz Luhrman after Romeo + Juliet, but also with long time friend Toby Maguire. It seems that Baz Luhrman is bringing a lot of his trademark elements to this adaptation of F Scott Fitzgerald classic novel.

The film is shot in 3d and adding to that the visual energy which Baz is known for in all his movies and the amazing cast supported by Oscar nominee Carey Mulligan (“An Education”) and Joel Edgerton as Daisy and Tom Buchanan; Isla Fisher and Jason Clarke as Myrtle and George Wilson; and newcomer Elizabeth Debicki as Jordan Baker.

And finally we get a good look at Amitabh Bachchan and his awesomeness playing Meyer Wolfsheim. ( Kinda pissed off that he didn’t get his own character poster but we probably shouldnt get our hopes up about the length of the role)

Mouling Rouge had quite a few Bollywood elements in it so Baz probably knows the hindi cinema a bit at least. 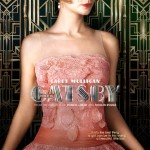 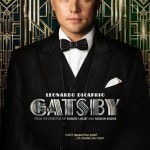 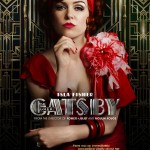 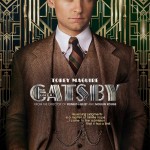 Here is the amazing trailer and a plot synopsis:
“The Great Gatsby” follows Fitzgerald-like, would-be writer Nick Carraway as he leaves the Midwest and comes to New York City in the spring of 1922, an era of loosening morals, glittering jazz, bootleg kings, and sky-rocketing stocks.  Chasing his own American Dream, Nick lands next door to a mysterious, party-giving millionaire, Jay Gatsby, and across the bay from his cousin, Daisy, and her philandering, blue-blooded husband, Tom Buchanan.  It is thus that Nick is drawn into the captivating world of the super rich, their illusions, loves and deceits.  As Nick bears witness, within and without of the world he inhabits, he pens a tale of impossible love, incorruptible dreams and high-octane tragedy, and holds a mirror to our own modern times and struggles.”

The Great Gatsby will be released May 17th 2013