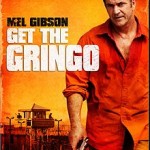 It's all about the pizza, Mel

Lights, camera, action! Or in Upod’s case: pizza, ice cream, movie! The venue? Martin’s flat, London. The food? Domino’s meat-based pizzas and Ben and Jerry’s Vermonster and Cookie Dough ice cream. The occasion? A Upod get together and a chance to watch Mel Gibson‘s shot at redemption ‘How I spent my summer vacation’ (better known as Get The Gringo) using the new Domino’s Pizza Box Office service. So, a suitably quick pizza delivery achieved and on to the movie.

As new users of the streaming service, thankfully it streamed really well (just go to the site and enter the code you’re given upon payment) with no buffering at the beginning. We settled in for the evening and although it’s not Mel’s finest hour, it’s entertaining stuff nevertheless. And given the last movie I watched on the big screen was the somewhat notorious and nauseous Irreversible last week, then a little bit of Mel shooting things and going a bit nuts is just what the doctor ordered. On reflection maybe another choice would have been better and it’s not like there’s a limited choice either – Warrior, Hunger Games, 50/50, Cabin in the Woods were all there from latest releases. As for classics, there’s certainly Scream and ahem, Dirty Dancing.

That said, this is not without some hitches. The streaming space is now massively competitive, with two large players seemingly dominating and upstarts from telecoms providers and even supermarkets trying to win audiences. On the one hand, Pizza Box Office is subscription free and you don’t need to have paid TV to order movies on demand. But on the other hand, the service will only stream to a gadget, be it a laptop/desktop, tablet or phone, so you’ll need something like AirPlay to get it onto your box. Or presumably a Smart-TV, but the take-up of these devices is open to debate. I happen to have PS3, so I could have probably made the movie stream directly, but the UI is so risible when browsing the web that I wouldn’t even think of attempting.

Fresh movies to your doorstep

Domino’s have perhaps launched something really quite logical here – as pizza and a movie is such a common combo, then why not have them both delivered to you at once?  You’ll get latest films in line with the DVD release and ahead of other streaming services and no DVD to return to the shop to boot.  So, if you’re feeling peckish and want to tuck into movie at the same time, then this could be for you.  You can sign-up here.