Needless to say our readers know our allegiances and we are firmly planted in camp Dabangg, we loved the first part (here is our Upodcast) and have very high hopes for the 2nd one.

We wrote a trailer breakdown about Dabangg 2 on HeyUGuys, you can read it by going here.

In the meantime we have some very juicy looking stills and the plot synopsis of the movie.

It’s not really spoilery and most people would want to watch the movie for Salman awesomeness anyway.

We might not be huge fans of Fevicol but that still looks amazing! 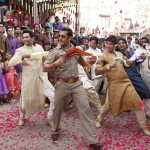 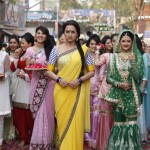 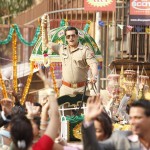 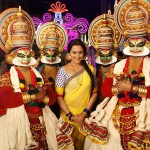 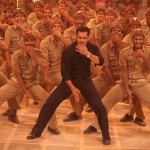 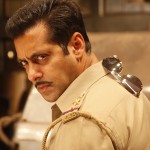 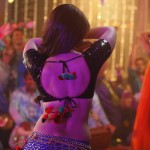 Dabangg 2 is a continuation of the amazing exploits of Chulbul ‘Robin Hood’ Pandey played by Salman Khan. The notable facets of the character include his nonchalance, his wry sense of humor and his tongue-in-cheek dialogues.
This film begins with Chulbul (Now married to Rajjo- Sonkashi Sinha) moving on from being a local inspector in a small town Laalganj to becoming an Inspector-in-charge of Bajariya Thana, a police station in Kanpur, the largest and most populous city in Uttar Pradesh. After arriving in Kanpur, Chulbul immediately gets into action thus bringing him in conflict with Baccha Bhaiyya (Prakash Raj).
If Dabangg marked the return of action films, Dabangg 2 takes it to a higher level with some of the coolest action sequences ever conceived. All in all, Dabangg 2 promises to be a full on entertainer, with Chulbul Pandey and his sunglasses et al.