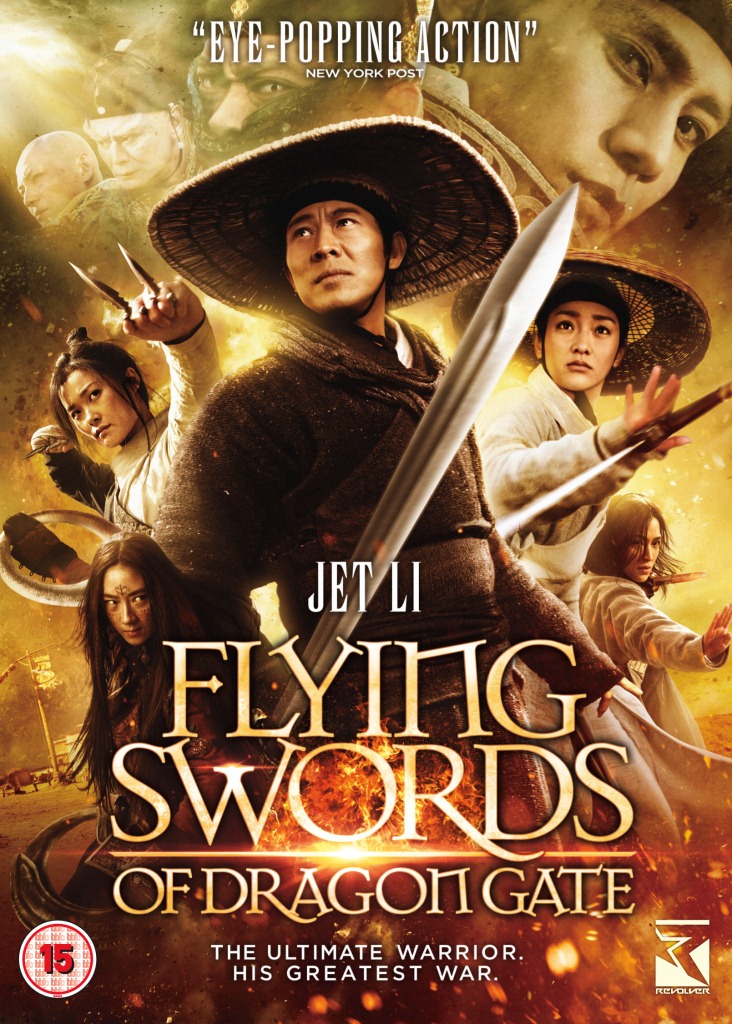 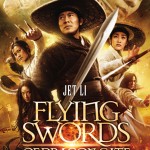 We have 3 Blu-Ray’ss to give away from Jet Li’s 3D extravaganza. We reviewed the movie at the time of it’s release (read it here) but since then it has garnered quite a few positive reviews (reaching up to a respectable 70% on Rotten Tomatoes)

So we have 3 copies of the movie to give away in Blu-Ray and if you have a 3D TV and those nifty glasses then you can watch kicks and swords fly towards your face.

2. Drop us a mail on upodcasting@gmail.com

3. Answer the question: My favorite Jet Li movie is… and why? 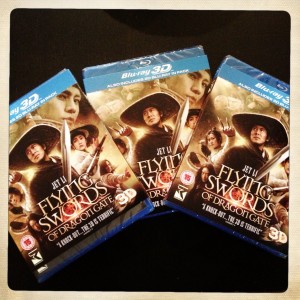 Best answers will be announced on the show. Our Twitter feed and FB page on 15 december!

And how knows, we might just do an entire show on the best choice.

Here is a synopsis and trailer to the movie!

Legendary martial arts action star Jet Li (Romeo Must Die, The Expendables 1&2) stars in thriller film FLYING SWORDS OF DRAGONS GATE, the first ever Chinese-lingo and wuxia film to be shot in 3D and shown in the stereoscopic IMAX format.

Released by the award winning independent film company Revolver Entertainment, this epic story, set in the Ming Dynasty, is a rollercoaster ride of 3-D Kung-Fu action sequences, breathtaking scenery and visual mastery. Brought to you by the special effects team that created Avatar, it is no surprise this film has become the fourth highest grossing Chinese language film of all time.

Written and directed by the cutting-edge and internationally acclaimed visionary director, Hark Tsui – who recently became the fourth Chinese film director to join the board of judges for the 57th Cannes Film Festival and famed for his incredible work on Shanghai Blues, Seven Swords and Once Upon a Time in China – this film is a reimagining of an original classic, rather than a re-make.

FLYING SWORDS OF DRAGONS GATE is the first Wuxia Chinese language film to be shot entirely in 3D, a feat that has earned it seven nominations at the Asian Film Awards 2012 since its release in Hong Kong at the end of 2011. The film boasts special effects and action sequences that are set to redefine the standards of the industry.

Set amongst such great Hollywood 3D epics as Avatar, Transformers and Titanic 3D, Flying Swords of Dragon Gate will provide action movie buffs with a visual feast of film-making set to get the adrenaline pumping and the heart racing.

Starring some of Chinese cinema and Hollywood’s leading action and martial arts stars, including, Zhou Xun, Chen Kun, Li Yuchun, Kwai Lun-mei, Louis Fan and Mavis Fan, the film tells the tale of a pregnant palace maid on the verge of execution. Rescued by the owner of Dragon’s Gate Inn, the concubine is lead into a parallel story involving a band of people in search of lost treasure. Seeking refuge from an oncoming storm at Dragon Gate Inn, the plot climaxes to see the two stories converge to create an action-packed quest for treasure amidst a tale of star-crossed love, all enveloped by a time frame that marks the arrival of a catastrophic storm that threatens to destroy everything.