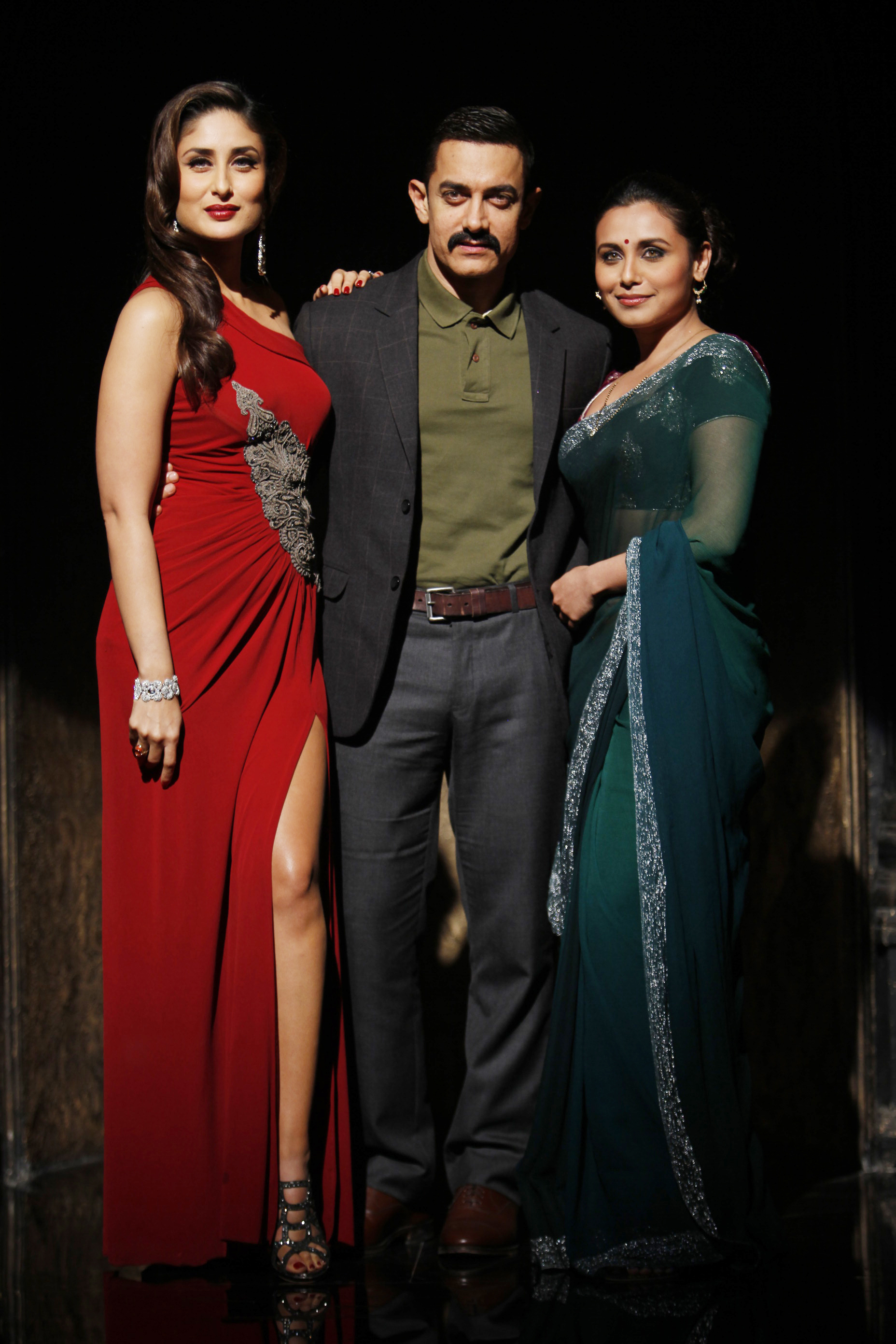 Although Jab Tak Hai Jaan has been creating the most waves in terms of promotions, the movie we are most looking forward to this year is Amir Khan’s Reema Kagti directed suspense drama Talaash. The buzz has been building up and it seems only now that we are getting to see a bit of the movie. Here is the jazzy first track from the soundtrack and some very interesting tid bits about the movie, Spoiler Free (I checked before posting as I didn’t want to mess up anyone’s experience, being an awesome film blog and all).

Kareena looks ravishing, Rani looks ticked off that she doesn’t get to dance and be all smooth and Amir’s moustache fills up the rest of the screen while he drives through the seedy areas of the city. Ram Sampath delivered a cracking soundtrack last time for Delhi Belly and if this is the sound he’s going for then we can add that to the list of exciting things about this movie!

Here is the press release and some news:

TALAASH – The search is on… in one single room now!

We have heard of suspense drama films revolving their entire story around bringing together all suspects in one script and confusing the audiences. But Talaash, which features the acclaimed actor Aamir Khan (who has been India’s Oscar choice frequently and whose production house, Aamir Khan productions has co produced this film, was nominated in the foreign language category at the Oscars, for Lagaan), newly married Kareena Kapoor, and Rani Mukerji, has juiced up this suspense formula a little more.

In the first song video from the film, Muskaane Jhoothi Hain, all suspects of the crime are going to be seen in the same room, under one roof. Talaash being a film of suspense drama genre, this music video is set to build up the anticipation of the audiences even more.

The movie is about a police officer played by Aamir Khan, who is trying to investigate and solve what seems like a perfect crime, and all suspects in the film are going to be seen together in that one single music video.

The video will thus have Aamir Khan, Kareena Kapoor, Rani Mukherji, Nawazzudin (from Gangs of Wasseypur) and all principal cast of the film  in one single frame making it a never seen before visual.

In such an interesting and nail biting way, Talaash is thus reviving a popular long forgotten genre of Bollywood film-making i.e. suspense drama.
The film also marks the amalgamated re-union of Aamir Khan, Farhan Akhtar and Ritesh Sidhwani who last came together in the cult classic film, Dil Chahta Hai.

One more reason for having a special promotional video was to bring Aamir, Rani and Kareena together in one frame and give that sensational visual to the audiences, as in the entire film, all three are never seen together. The film has been scripted in such a way that three lead characters of the film don’t come face to face..

Reema Kagti has directed a music video for the first time, and as the director of the film. She says: “Muskanein jhoothi hain is the title song of the film. The idea was thrown by the producers that perhaps we should also shoot a promotional video with it. Farhan, Zoya and I sat and brainstormed, and we came up with this idea, to introduce all the players in the suspense plot that will unfold in the film”.