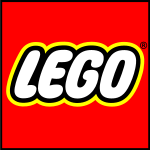 Don't leave us in pieces after the movie

Some interesting news greeted my inbox today and I’m not at all sure of where I stand on this one. In fact, even thinking of standing on Lego brings back painful childhood memories – especially when you step right on the corner of a little square block in bare feet.

So, back to the movie…the studio behind Lego The Movie* is Warner Bros. and a release date has been set for 2014. Notably, the movie is expected to be an animation / live action hybrid. Quite what this will really entail is anyone’s guess, but if anyone can show me a good and/or successful film in this format, since Who Framed Roger Rabbit? way back when, then I’d love to know.

Does this make me a sceptic? Yes, of course it does; but that’s only because I have the best of interests at heart. I loved and still love, Lego the toy and I think the Lego computer games are brilliant. I just want a decent movie out of this project; enough that I won’t feel like a total and utter victim for paying to see this when you can imagine the field day that marketing execs in both companies will have in the run up to the release. If Lego already make good toys (and computer games) associated with other movies – Star Wars, Batman, Hippy Puffer etc – then their own merch for their own film ought to be so good that a kid’s brain melts just by seeing the ads on TV.

With the apparent 3 year wait for a green light now over, casting for the human roles is expected to commence in January 2012. Aussie company Animal Logic (Happy Feet) has been lined-up to produce the effects and further details about the story and plot are expected to be released at some point next week. It is thought that production will also begin next week. If you’re not sure what Lego is (really, is there anyone?) then check out this clip…it’s also a really introduction to Eddie Izzard.

*As named by ME as no name announced just yet