COW on a Friday – Wiley, Numbers in Action 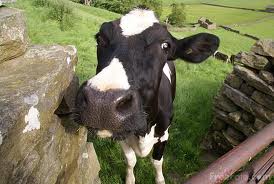 Moooo, this COW is great

This week’s cow comes from Wiley, a UK hip-hop artist.  In the running for Best Video at the 2011 MOBOs this is a really clever video, perfectly complementing the lyrics.  Whilst we can’t say it’s in the same league as Shad’s Rose Garden video (to be fair, not much else is), it’s really creative and uses plenty of camera tricks and edits to get bouncing balls in synch with the beats (and numerous other neat little things). If you like it, you can vote by going here.

The MOBOs have been around since 1996 and although the acronym is for Music Of Black Origin, the awards have grown in significance and stature; coming to represent urban music generally.  The awards have also been instrumental in helping launch the careers of such artists as Craig David, Ms Dynamite, Estelle, Kano and N-Dubz.

Wiley is signed to the excellent Ninja Tunes via their hip-hop sub-label Big Dada.  One of the true pioneers of UK hip-hop and grime, Wiley was part of the Roll Deep Crew that included such talent as Dizee Rascal and Tinchy Stryder.  He is affectionately known as the Godfather of Grime.