In praise of Pulp 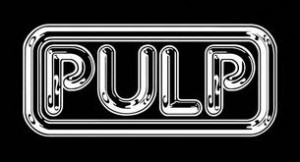 Most underrated Brit band of the '90s?

It’s been fully 33 years since the UK band Pulp formed and 33 years since I’ve been around.  A coincidence?  I think not.  Perhaps the most misunderstood of the successful Britpop bands in the ’90s, it’s not to say they weren’t popular…just that perhaps they didn’t quite fit the zeitgeist.  Whilst Blur and Oasis battled it out, Pulp were there of course, producing a string of hit singles and albums, just not capturing the record-buying public’s imagination in the same way.  Arguably Suede and oddly bands like Menswear (who? yes, them) found the sudden burst of fame more readily than Pulp, in spite of number 1 album chart entries and critical acclaim.  The 3 albums from their commercial high-point stand the test of time more than 15 years later: His n Hers, Different Class and the darker This is Hardcore.

So as Pulp near the end of their reunion tour this year, after numerous festival appearances and gigs, I will look back fondly on the band that dared to be different.  Not just for the wonderful music (truly, thanks for the memories guys) but also for subverting the annointed one at the Brit awards in 1996.  MJ in full jesus impersonation flow was obviously too much to resist for Jarvis Cocker, frontman of Pulp.  I’ll leave you with footage of the farce and hope you enjoy it as much as I do.  For the record, Jarvis was charged with some kind of assault against the jesus juice peddling prince of pop, only to have comedian (and as it happens, qualified lawyer) Bob Mortimer represent him and have all charges subsequently dropped.