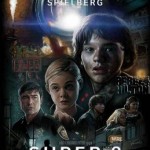 Step right this way ladies and gentlemen, for the show of a lifetime. We’re not necessarily saying this is the BEST Upod to date (it is damned good of course), but more like there’s a lifetime’s stuff in this one! This weeks special guest is Adam Lowes from HeyUGuys, one of the most awesome FilmBlog on the net.  What didn’t we talk about in Episode 33 I wonder?

The main attraction this time is JJ Abrahams’ Super 8 (1m39s). Is it a sci-fi for grown-ups and kids or just, you know, for kids? We don’t just leave it with the film though – with such a nostalgia filled movie it would be remiss of us not to talk about Spielberg and his influence, plus the obvious Hollywood peddling of nostalgia to get our bums on seats.

We follow-up Super 8 with more of the summer blockbusters Captain America. Oh and the Avengers too( 45m35s) and finally Adam from HeyUGuys gives us the lowdown on  Cowboys and Aliens (1h.07m), Friends with benefits (a major benefit being Mila Kunis and her awesomeness of course) : like I said, we were busy!

Here is a video of La Kunis being her awesome self!

We next switch our attention to the time honoured tradition of slagging your rivals – be prepared for some tasty insults as directors go head-to-head when discuss this post by Flavor wire called “The 30 Harshest Filmmaker-on-Filmmaker Insults In History” (Thanks to our good friend Rob, follow him on twitter) (51m55s). And really, Antonioni seems to get a lot of insults, as does Tarantino in fact. This also leads us nicely on to our segment about Tarantino and his impact on our movie-going lives – a heads-up, there is a typical Upod no-consensus on this at all.

Lastly, we gaze at the new publicity shots for Dark Knight Rises and Superman(1h17m); drooling at the possibilities still to come and dreaming, hoping that there can be a good, decent, not-Bryan-Singer-spoiled future for a Superman film.